Stardew Valley is a role-playing simulation video game that’s developed by Eric Barone, Sickhead Games & published by Eric Barone, Chucklefish, 505 Games. The game was initially released back in 2016 and available for Microsoft Windows, Nintendo Switch, macOS, Linux, Xbox One, PlayStation 4, PlayStation Vita, Android, iOS platforms. Now, some of the Stardew Valley PC players are encountering connection failed issue while trying to join in the multiplayer mode. If you’re also one of them, check how to fix it.

According to plenty of affected players, the particular issue also appears on Xbox and Mac platforms including PC. Whenever a player trying to launch the game and enter a multiplayer game, whether hosting or joining can get the ‘connection failed’ error notice every time. Now, some of the Stardew Valley players have mentioned that there may be some issues with the antivirus or firewall program or even the Microsoft Visual C++ issue. So, check the following methods to fix this error. 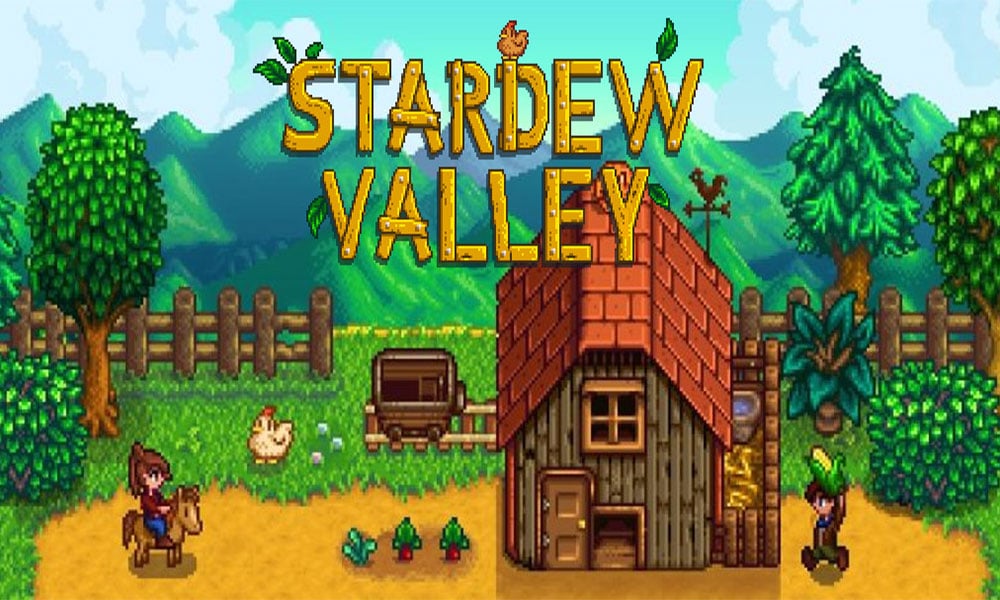 You can additionally check some other necessary things like updating Windows OS & graphics drivers. Check and troubleshoot the internet connection, sometimes switching from Wi-Fi to LAN can also fix the issue. Additionally, you can also check the VPN service to troubleshoot the issue, etc. Now, without further ado, let’s jump into the steps below:

1. Reboot your Game or System

It’s always recommended to perform a soft reboot of the game as well as the client at first if you’re facing any issues with the game launching or server connectivity. Additionally, you can restart the Windows PC/Laptop to clear any temporary glitch of the software, etc. So, if the game is already running on the Steam client then close/exit the game. Fully close the Steam client.

To restart the system, click on Start > Click on Power > Select Restart. Wait for the PC to reboot automatically. Now, try running the client and game to check for the issue.

Also Read: How to Play Split-Screen Co-Op in Stardew Valley

2. Switch From WiFi to LAN (Wireless to Wired Connection)

Most of the time, improper internet configuration or slow internet speed can occur these kinds of server connectivity problems. If in case, you’re using a wireless connection means using a Wi-Fi router or modem to connect online and play the game, then you should try checking the wired connection. Here the wired connection means LAN (Ethernet) cable and then plug it to the ethernet port of the PC/Laptop. Add required IP address, subnet mask, DNS, and you’re good to go.

It seems that the installed antivirus or the firewall program is conflicting somewhere and any of them are blocking your game or the client to run the program properly. Most of the time, antivirus or firewall programs prevent game servers to gets connected online even though if you have an active internet connection. In that case, either disabling the application or creating a bypass rule will do the job easily and your particular game won’t be disrupted anymore by the antivirus or firewall.

However, you should understand the risk of disabling the antivirus or firewall program is that your PC will get more threats or vulnerabilities quite easily.

VPN stands for Virtual Private Network. This service basically gives you anonymous identity to go online without any privacy or actual IP address or even network connectivity. VPN creates a mask or layer on your actual internet protocol (IP) which is virtually untraceable and users can access all those online sites or contents that may not be possible due to the server or region limitation.

So, whatever VPN service you’re using on your PC and you’re getting issues with the connecting to the Stardew Valley server online then try to turn off the service temporarily. Once done, restart your PC and try running the game again.

Sometimes players can’t be able to join the game directly from the game interface due to some bug. If that’s the problem for you and can’t understand what to do, then follow the below steps.

It can be also possible that the existing internet connection of the ISP has some issues with the game server or anything else. So, it’s a good idea to either run another internet connection to play the game if possible. Otherwise, you can also use Wi-Fi dongle or Mobile Hotspot as well to check for the issue. Most of the affected players have fixed their problems by just replacing the internet connectivity. But if in case, you don’t have a good ISP in your area, then try to contact the existing provider for this issue.

All the online games and especially multiplayer online games mostly face server downtime during the technical fault or overload of active users or any maintenance work. So, it can highly possible that the game servers are not up or not properly working due to the service maintenance or while uploading any latest patch update. In that scenario, you will always need to check out whether the game server is active and running or not. Head over to the ConcernedApe Twitter handle for all the server status and latest updates officially.

Microsoft offers Visual Studio that can be used for developing apps for Windows OS. While Visual C++ is a programming language that can also be used to develop apps. However, running apps in Visual C++ built-in, users have to install the Visual C++ runtime libraries. The same is very important to run the video games on Windows and due to the missing or corrupted Visual C++ file, your system or apps/games may not work properly. You can reinstall the Microsoft Visual C++ Redistributable 2013 below.

That’s it, guys. We hope you’ve found this troubleshooting guide very useful. For further queries, you can comment below.