God of War Ragnork is finally here. It is a single-player mode action-adventure video game developed by Santa Monica Studio and published by Sony Interactive Entertainment. Everyone is enjoying the game and has loved the game very much. The gameplay of the game is mainly similar to the previous 2018 installment.

They have also focused on the voice of the characters in the game. The voice is of different famous voice actors in different languages. Before you go to play the game, you must know which actor’s voice is behind which character. 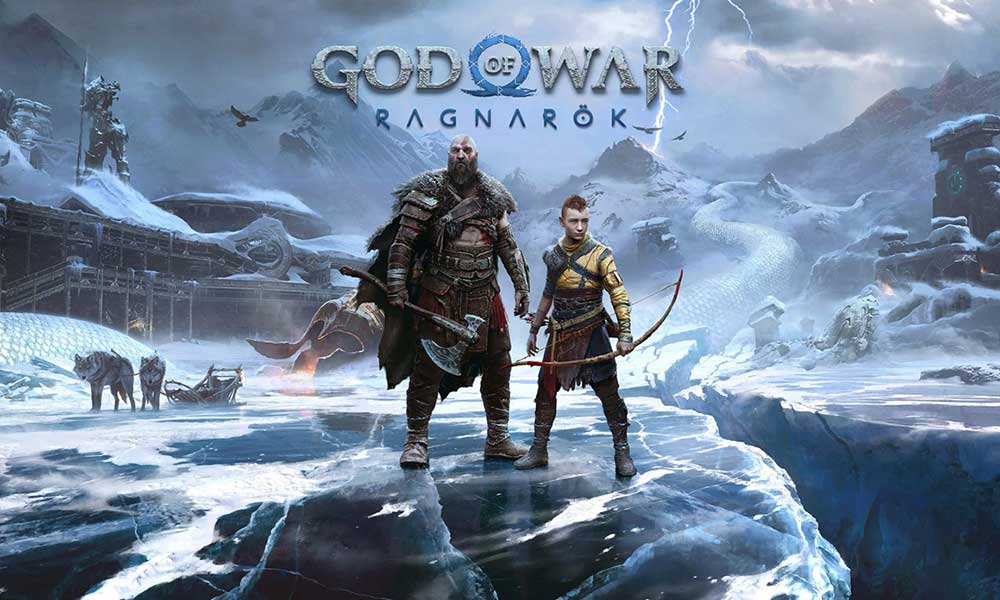 Voice Actors and Cast list of God of War Ragnarok

For each character in the game, a different actor’s voice is there. The game is available in different languages such as English, Japanese, French, German, Russian, Italian, and many more. For every version, they have picked different voice actors.

There are many such actors who are new in this field and have become famous due to this game. There are some actors who have previously worked in similar games. So, while playing the game, you may notice some familiar voices.

We have mentioned below the main characters of the game and their voice actors. 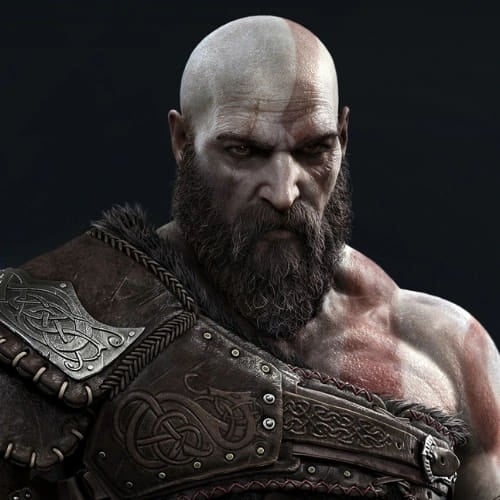 You probably already know who Kratos is if you’re here. Kratos is described as a Spartan warrior who, after being tricked by his former mentor Ares, the God of War, mistakenly kills his family, earning him the nickname “Ghost of Sparta.”

The voice actor who has given the voice is Christopher Judge. Aside from killing it as Kratos, Cristopher Judge has also made appearances in a number of video games and had a notable tenure as Teal’c on Stargate SG-1. 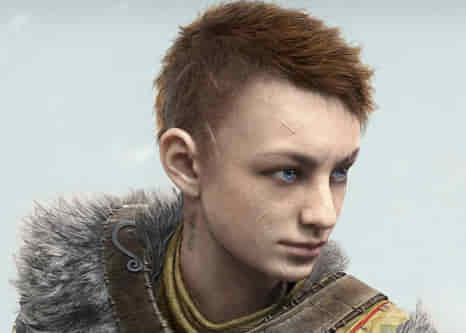 The next main actor is Atreus. Atreus is the son of Kratos who has the ability to hear other people’s voices and sense their thoughts, emotions, and power.

The voice actor who has given the voice is Sunny Suljic. Although Suljic does a fantastic job in the far more challenging part, Atreus feels and sounds much more mature in Ragnarok. Suljic is also well-known for playing Bob Murphy in the tragically underappreciated film The Killing of a Sacred Deer. 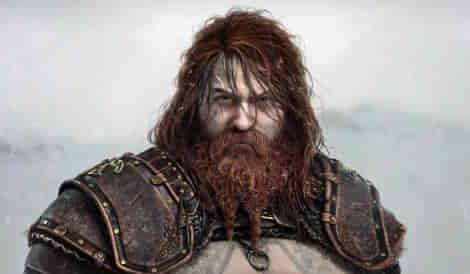 The next is Thor. Most likely, I don’t need to say much more about Thor. Thor is the God of thunder, lightning, storms, and strength. Although the character of Thor in Ragnarok differs slightly from how you may be used to viewing him, he is still a force to be reckoned with in this game.

The voice actor who has given the voice of Thor is Ryan Hurst. Many of you know him as he has worked in many games. But for those who don’t know, let me tell you he has appeared in everything from Saving Private Ryan and We Were Soldiers to The Walking Dead to Bates Model. He has also worked as Opie on Sons of Anarchy. 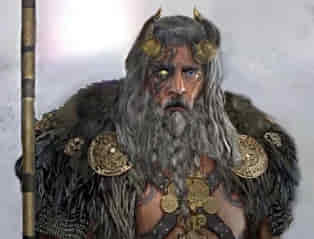 Another main character in God of War: Ragnarok is Odin. Odin is the father of Thor. He is also known as Allfather. He is the god of Sky, War, Death, Wisdom, Poetry, and Magic. He is the King of Asgard and Ruler of Valhalla.

Richard Schiff has given the voice to the Odin Character in God of War: Ragnarok. Many of you know his award-winning role as Toby Ziegler on The West Wings. He is playing an amazing role in this game. 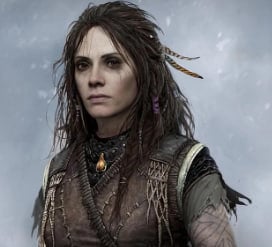 The next main character in the God of War: Ragnarok is Freya. By applying marks to them that would conceal them from the Norse gods, Freya aided Kratos and Atreus. She will continue to support the duo and even intervene to save Atreus’ life at one point.

The voice actor who has given voice to Freya in Ragnarok is Danielle Bisutti. Many of you may be knowing about Danielle Bisutti. But if you do not know, let me tell you that she has worked as Elsa in Disney Dreamland Valley. She has also worked in The O.C., Insidious: Chapter 2, Curse of Chunky, and many more. 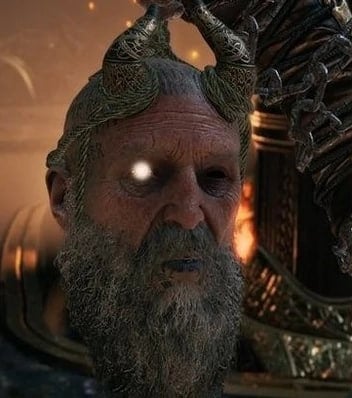 Another main character in the God Of War: Ragnarok is Mimir. Mimir is also known as Puck or Smartest Man Alive. Although Mimir was the second Norse God to be asked to be killed, Kratos killed him first. He is the fourth head that Kratos has traveled with, the others being Medusa, Euryale, and Helios. He is the only one who can communicate and be used as an advisor than a weapon.

The voice actor behind the Mimir character in the God of War: Ragnarok is Alastair Duncan. No doubt, he has absolutely killed the role. Before, he appeared in video games like Middle Earth: Shadow as Celebrimbor, and in the Mass Effect series. 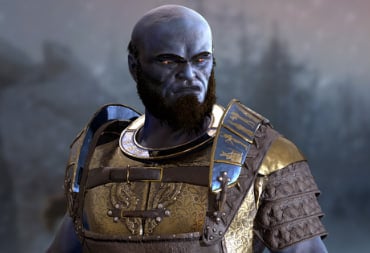 The next main character is Brok. In God of War from 2018, Brok is a dwarf alongside his brother Sindri. The two of them used to work together before getting into a conflict over who was the best, which led to the family business being split in two, with each dwarves working independently with the remnants of their previous label. All Kratos’ axe, Leviathan, and Thor’s hammer, Mjölnir, which once belonged to Laufey, were forged by the two.

The voice actor behind the Brok character is Robert Craighead. Apart from the Brok, Robert Craighead has also worked in many TV shows like New Girl, and Ruthless. He has also appeared in the episodes of The Young and Restless. 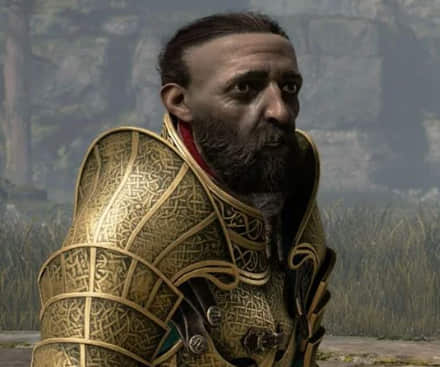 Another main character is Sindri. Sindri is also known as Eitri. Although Sindri is unquestionably the “nicer” of the siblings, he is sometimes grouped in with his brother Brok. Sindri, a remarkably gifted blacksmith, appears to take genuine pleasure in learning and perfecting his craft as well as in observing how his work benefits others. On their journey, Kratos and Atreus receive assistance from Sindri and Brok. As long as they are provided the resources they need, they can upgrade the Spartan and his son’s gear in their forge.

The voice actor who has given the voice to Sindri’s character in God of war: Ragnarok is Adam J.  Harrington. Some of you may be knowing about him. But if you are not knowing, let me tell you, Adam J. Harrington has mostly appeared in police shows like S.W.A.T., The Rookie, and many more. He is mostly known due to his FBI Agent Brenner’s role in Bosch.

Another main character in the God of War: Ragnork game is Tyr. The Norse God of War, law, and Honor is Tyr. He is the son of Odin and half-brother of Thor. It is reasonable to suppose that Tr had tremendous superhuman power because he’s the Norse God of War.

It can be presumed that his strength is far greater than that of other Aesir who are not of Odin’s ancestry because he is the son of someone as strong as Odin. In Ragnarok, Kratos and Atreus’ trip is largely centered on their search for Tyr as well as Kratos’ personal mission to overcome his fears and ask yet another god for support. 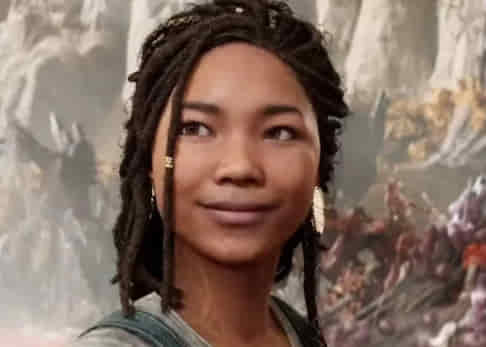 The next main character in the God of War: Ragnarok is Angrboda. The Angrboda is a new character in the Ragnork’s epic story. For now, you can only about her that she is a Jotunn. She is the best friend and love interest of Loki. If you are familiar with the character’s “real life” mythology, then you can get an idea of Angrboda’s importance in the game. 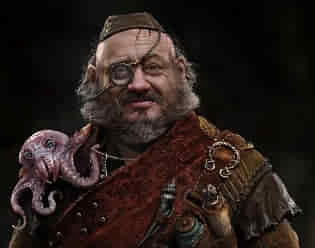 The next main character in God of War: Ragnarok is Durlin. According to stanza 10 of the poem Voluspa from the Poetic Edda and repeated in Gylfaginning from the Prose Edda, Durinn is a dwarf in Norse mythology. After the first and most important dwarf, Motsognir, he was the second to be made. He is mentioned in the Hervarar epic as well, where he enlisted the dwarf Dvalin’s assistance to manufacturing the magical sword Tyrfing. Durinn is referred to as Dulinn in some versions of the epic.

The voice actor who has given the voice to Durlin character is Usman Ally. You may be knowing Usman Ally from his work in TV series such as Suits, NCIS, and many more. Obviously, Durlin is so unforgettable in large part because of Usman Ally’s performance as him. If you are a comedy fan, then you might be knowing him as he has worked on Veep. 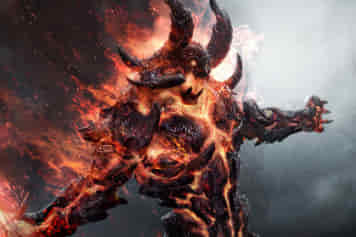 The next main character is Surtr. The first fire giant and the second being to have ever been born is Surtr, also known as Surt. He is Muspelheim’s and the fire giants’ protector and king. In order to be ready for Ragnarök, when he will lead his kin against the Aesir and destroy Asgard, where he is doomed to die at the hands of Thor and Odin but takes down Asgard in the process so the cycle of life can be reborn, he is hidden deep within his realm. He is constantly practicing and honing his skills.

The voice actor who has given the voice to Surt character in God of War: Ragnarok is Chris Browning. No doubt, it is very hard to do the role of this character but, Chris Browning has done an excellent job of that. He is famous for his Preston Borders role in Bosch and as Holden in Westworld. He has also worked in The 100, Bright, and many more.

This was all for this guide. We have mentioned the voice actors behind the God of War: Ragnarok main characters. For more such informative guides and troubleshooting guides, do visit our website.