The iPhone 13 stuck on Update Requested while downloading the iOS update. Many users have complained about the new iOS update error, where the iPhone stuck at the “Update Requested” screen. The iPhone owners have waited for hours, and it informs them with a “the firmware file is incompatible” message. Your iPhone 13 device is facing a similar problem, and I have shown you multiple solutions to resolve it.

Why does my iPhone say “Update Requested” in the latest iOS version? 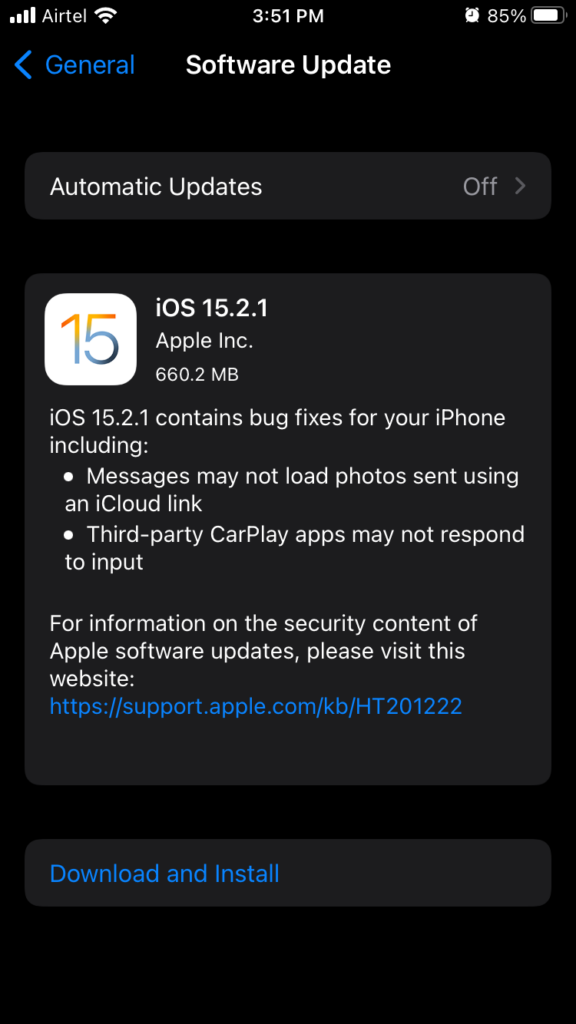 My old iPhone 6 received an incompatible iOS update in the past, and I have a photo saved in the gallery. iPhone connects with Apple servers, and Amazon Web Services is hosting the Apple cloud services. The Apple server performs many tasks for the users, and it is overloaded with tons of requests. I have listed several reasons to give you an idea of the problem, and it will give you enough information to prevent it from repeating.

Bandwidth limitation or slower download speeds is another culprit that causes the “Update Requested” problem. I recommend you update the iOS software via iTunes or macOS Finder app. Almost all computers have a LAN port option, and you can connect the laptop/desktop directly to the LAN port for maximum download speed. You can switch from cellular data to a Wi-Fi network for faster download speeds.

Do not let the marketing tactics fool you and make you believe that iOS software is invincible. Apple developers release new iOS updates each year, and the time limitation results in bugs & glitches. The “Update Requested” might have been caused by an iOS software bug or glitch. A glitch might be preventing the device from upgrading the packages.

I implore the users to wait for 24 hours since the overloaded Apple server is the prime suspect here. However, I have faith in Amazon Web Services which is hosting the services on Apple’s behalf. AWS has an established infrastructure across the globe, and they are known to fix problems at a much faster pace. 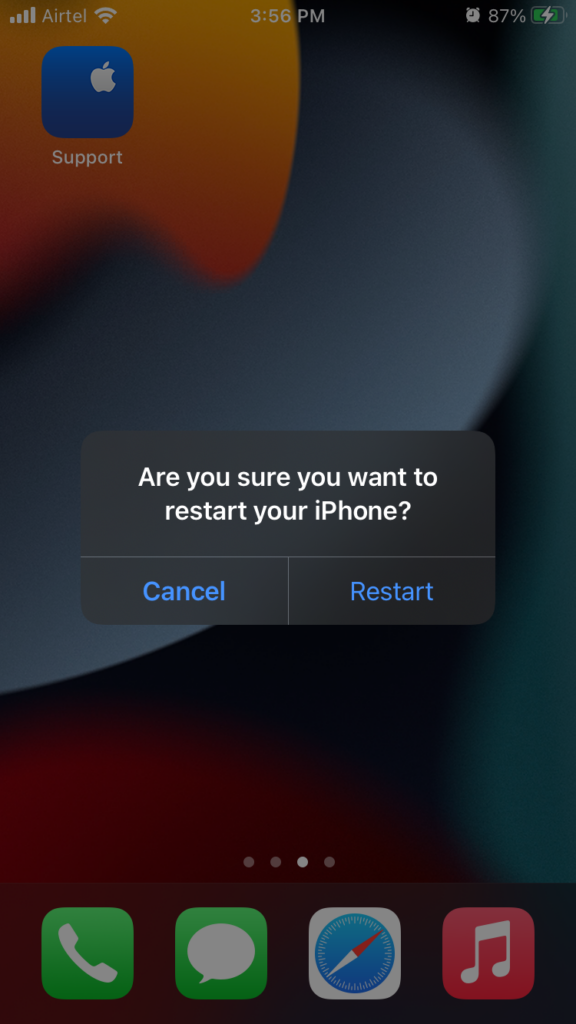 Manufacturers have recorded the user behavior pattern and found that most of the device owners don’t turn off the smartphone. The standby time is listed in the features section because it’s a selling point nowadays. Your iPhone hasn’t seen the nighttime for weeks or months, which the hardware can endure. However, the software is not invincible, and you should restart the iPhone from time to time.

The iPhone 13 has 128GB storage, and it’s the base variant, so the majority of them haven’t run out of internal space. The original iPhone shipped with a maximum 16GB storage option, and they have bumped up the maximum storage option to 512GB.

Apple has increased its storage capacity over the years, and they have added the maximum storage option because users are running out of space. Allow me to show you how you can calculate the files stored in the internal storage. 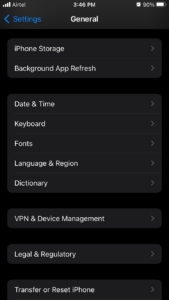 4. Let iPhone calculate the stored data in the device. 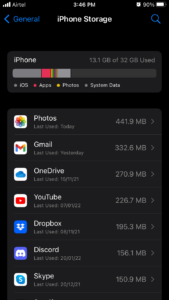 5. Open the app to view the numbers on the device. 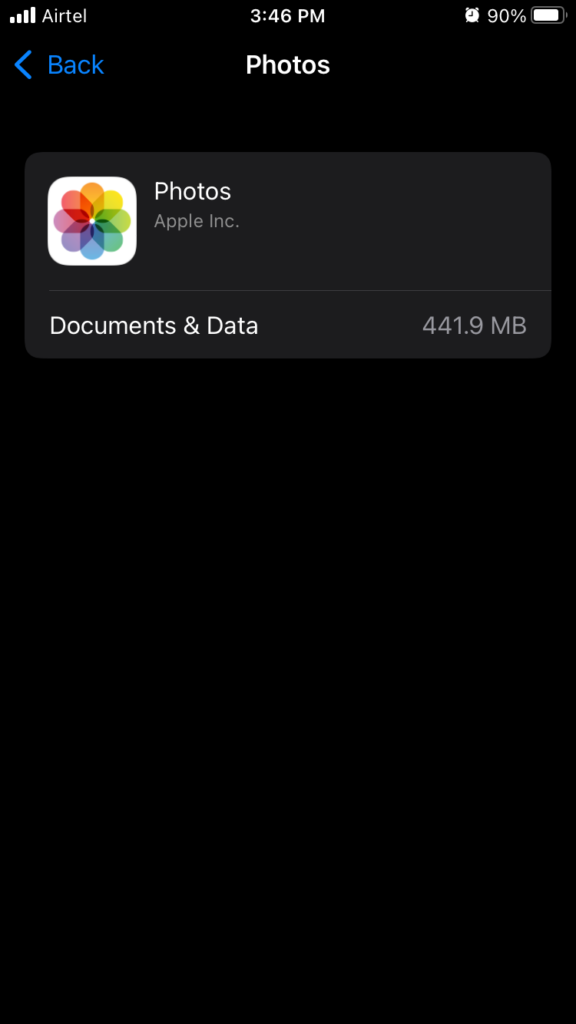 You have to remove the apps, photos, videos, and other media content manually. You can delete apps directly from the settings and never have to worry about freeing up the storage. Maintain a minimum of 10GB of internal storage to download the iOS updates.

6. Tap “Delete Update” to confirm it.

1. Quickly press and release the Volume Up button.

2. Quickly press and release the Volume Down button.

3. Quickly press and hold the Side button.

Release the Side button when the Apple logo shows up on the screen. Force restarting an iPhone doesn’t harm the software or hardware whatsoever, and it resolves the software glitches.

iTunes is a proprietary PC suite for Windows and Mac computers. You can update the iOS software using the iTunes program. The macOS users don’t need iTunes since it is integrated into the Finder app, and it is available from Catalina edition or later.

1. Connect the iPhone to the PC via a lighting cable.

Note: iTunes prompts the new update on the screen, and you can click “Download & Update”, but it is applicable if you have created a backup. 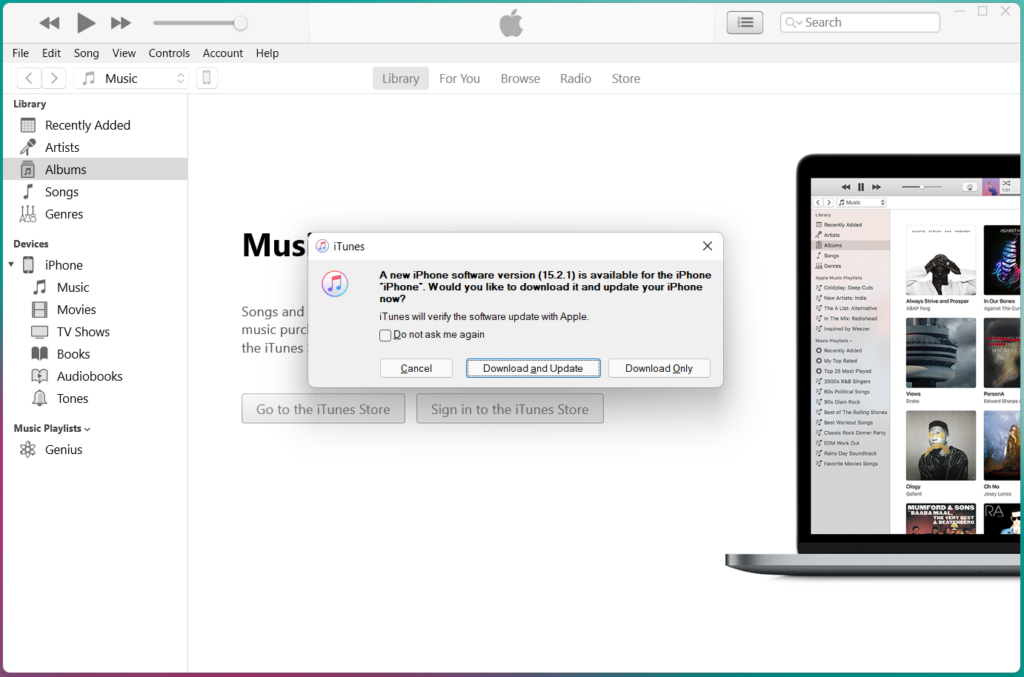 But, I recommend you create a local backup in the Windows or Mac internal storage.

2. Open iTunes and click on the iPhone icon to view more. 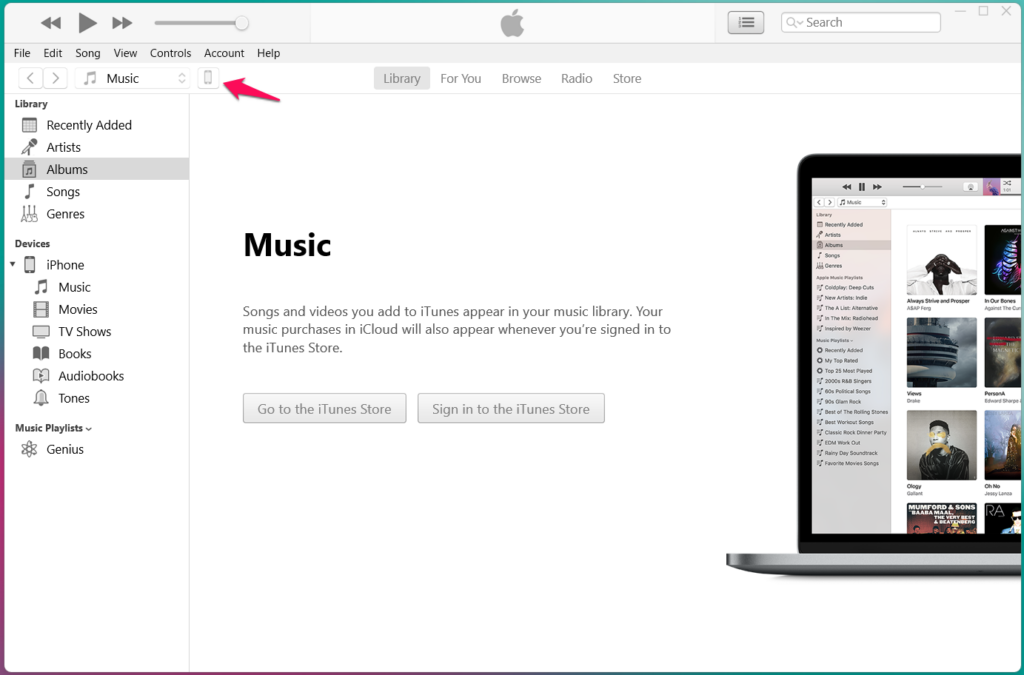 3. Select “This Computer”, and you can choose iCloud later on. 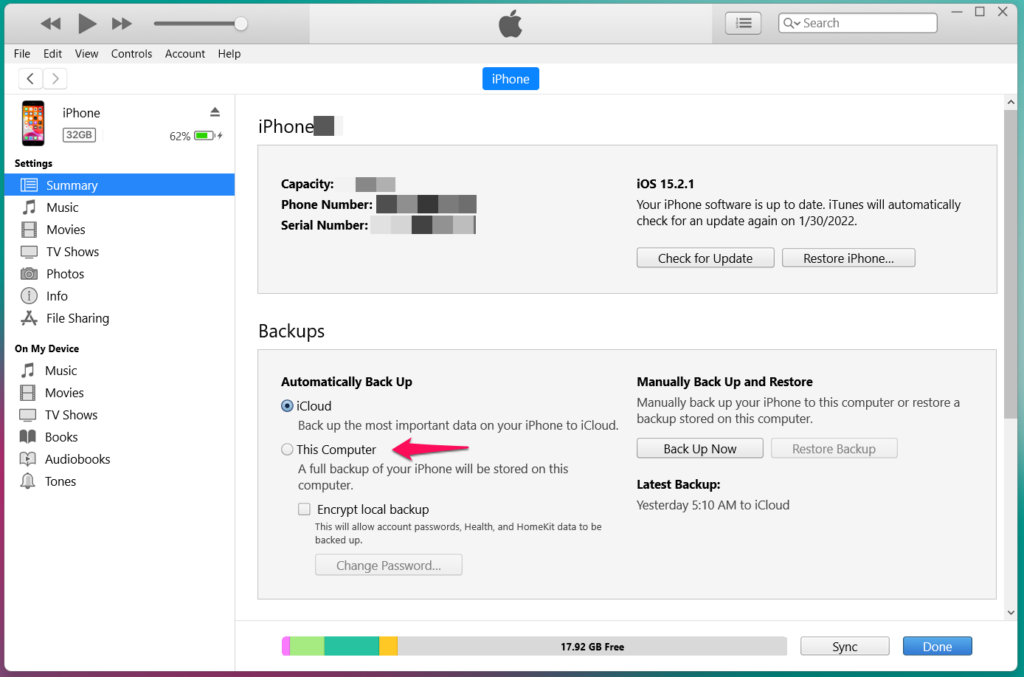 Note: You can encrypt the local backup if you believe the system is not secure.

5. Let iPhone create a backup in the local storage. 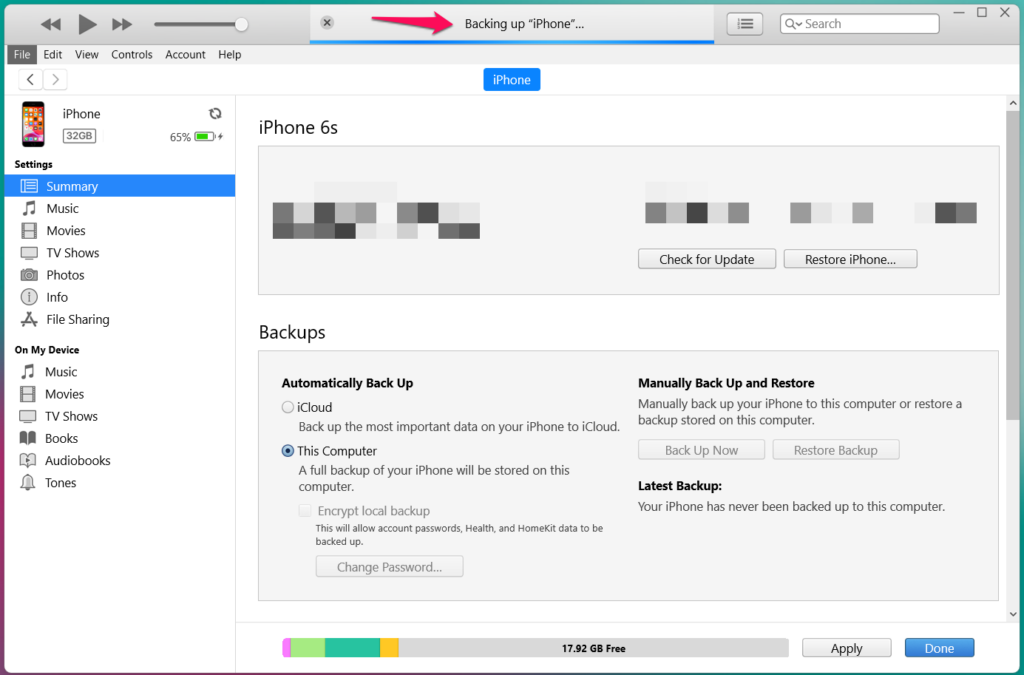 6. A new backup is stored in the Windows PC, and you can confirm by the creation date. 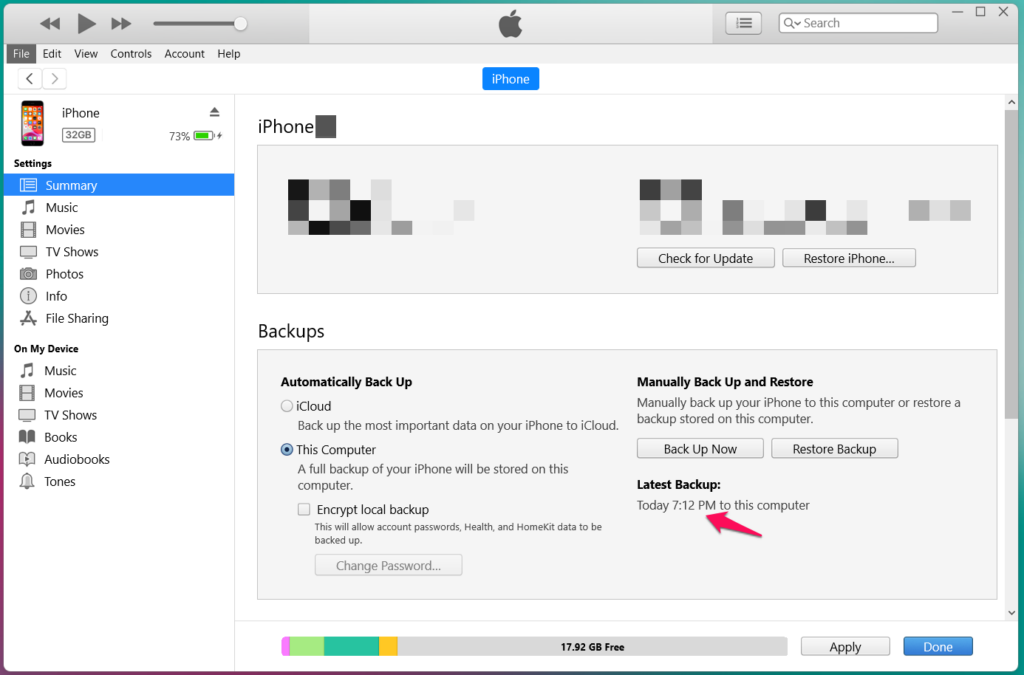 I prefer the local backup since iCloud restore requires a faster internet connection and unlimited bandwidth. You can restore the iPhone data in one click and within a few minutes. You can force iCloud a backup in the meantime, and I skipped it because iOS software already did it on my behalf.

Resetting the iPhone is the last resort, and you should be able to update the iOS software later on. Create a backup in an iCloud and local store, so the risk of losing the stored data minimizes. I have shown you how to create a local data backup in Windows and Mac, so make sure to follow it. Resetting the iPhone erases the stored data in the device, and it will be deleted permanently.

Note: The reset feature wipes the software clean, so the stored data will be deleted permanently.

a. Charge your iPhone battery up to 95% for a smoother transition.

b. Disable the “Find My” service.

Don’t skip the backup part because you cannot recover deleted data from the iOS device. 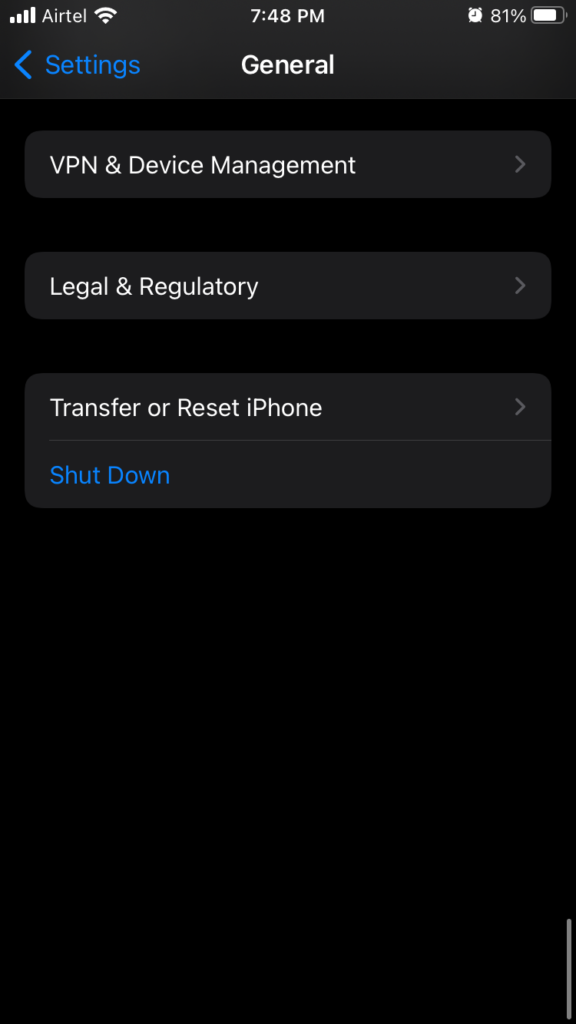 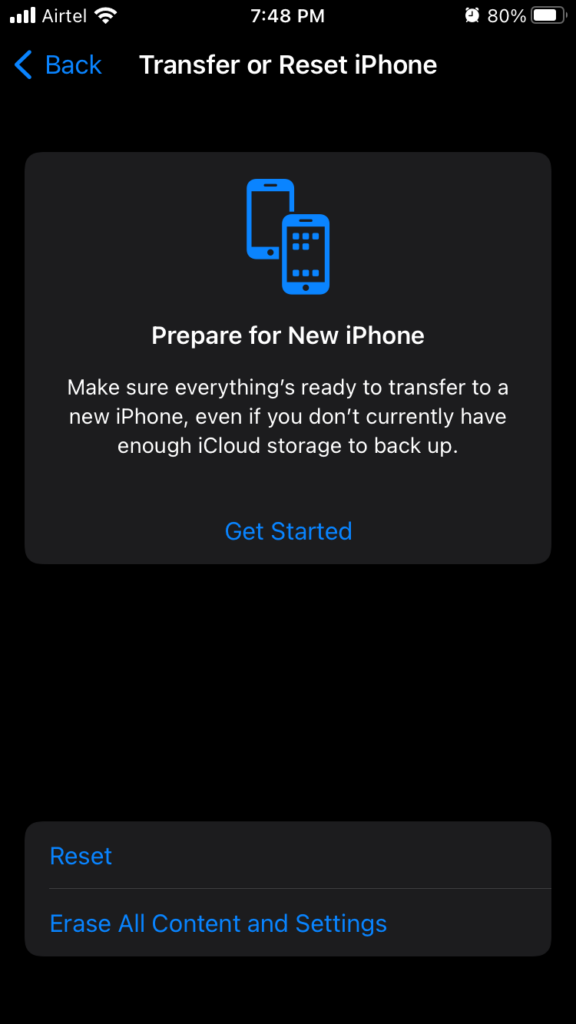 5. Tap “Continue” after disabling the “Find My” feature. 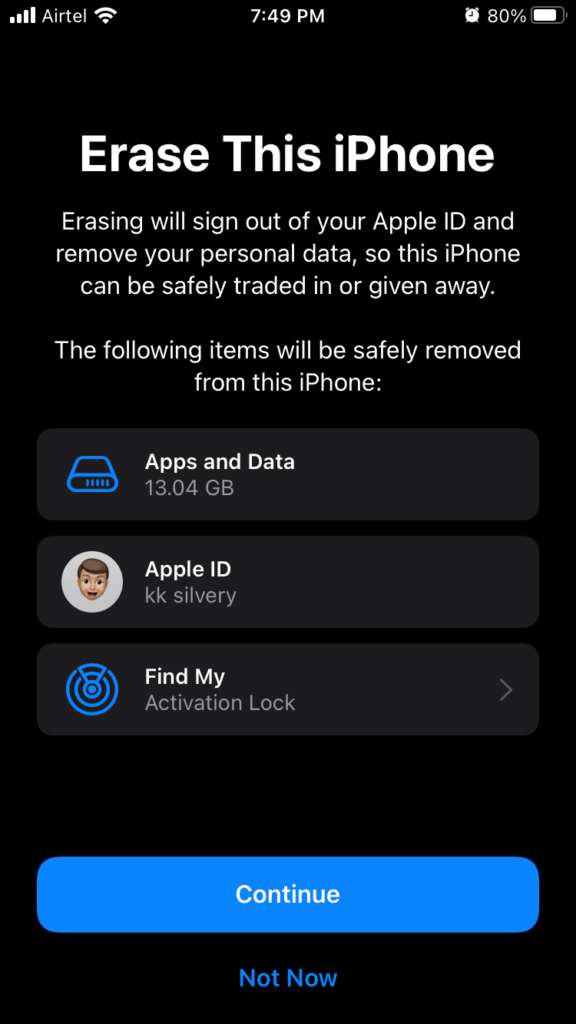 6. Confirm the action and enter the passcode. 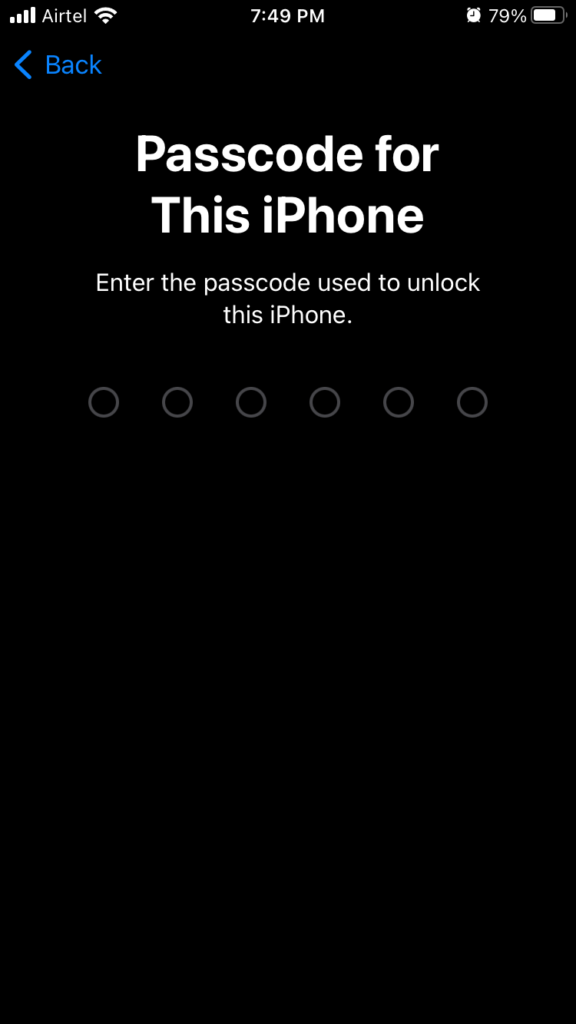 7. Your iPhone restarts with the Apple logo on the screen.

Wait for ten minutes or more for the iPhone to erase the entire device. You can plug the device into the charging socket and let it refill the juice but do not force shut down the device. You will be greeted at the “Hello” screen and enter the Apple ID details to confirm the identification.

Do not panic when iPhone 13 is stuck on “Update Requested” while downloading the iOS update. You can meet up with the authorized Apple engineer at the service center for specific solutions. The service center is obliged to attend the software-related problem or hardware-level problems. Apple has the policy to replace the unit if the device is under warranty. Let us know how you resolved the “Update Requested” problem in the comment section below.