Poco is currently the best in providing impressive specifications for the low to mid-range budget. Although due to the sake of cost-cutting, there is always a need to compromise in features. Despite the low cost, Poco managed to squeeze out some impressive specs for the new Poco F3 GT and Poco X3 GT smartphones. Both of them feature Mediatek’s Dimensity chipset with support for 5G.

To recall, the Poco F3 GT sports the Dimensity 1200 chip with 8GB of RAM, a 64 MP primary shooter as well a 16 MP front shooter. On the battery side, it features a 5056mah battery along with 67W fast charging capabilities. At the same time, the Poco X3 GT features the Dimensity 1100 Chip paired with 6GB of RAM. It has the same camera in terms of the primary shooter. But the battery is 5000mah in capacity, still supporting the 67W fast charging.

For the price, they seem to be impressive. But what about waterproof? Are the Poco F3 GT, and X3 GT are waterproof phones? Do they come with an IP rating? You can find answers to all these questions in this article. 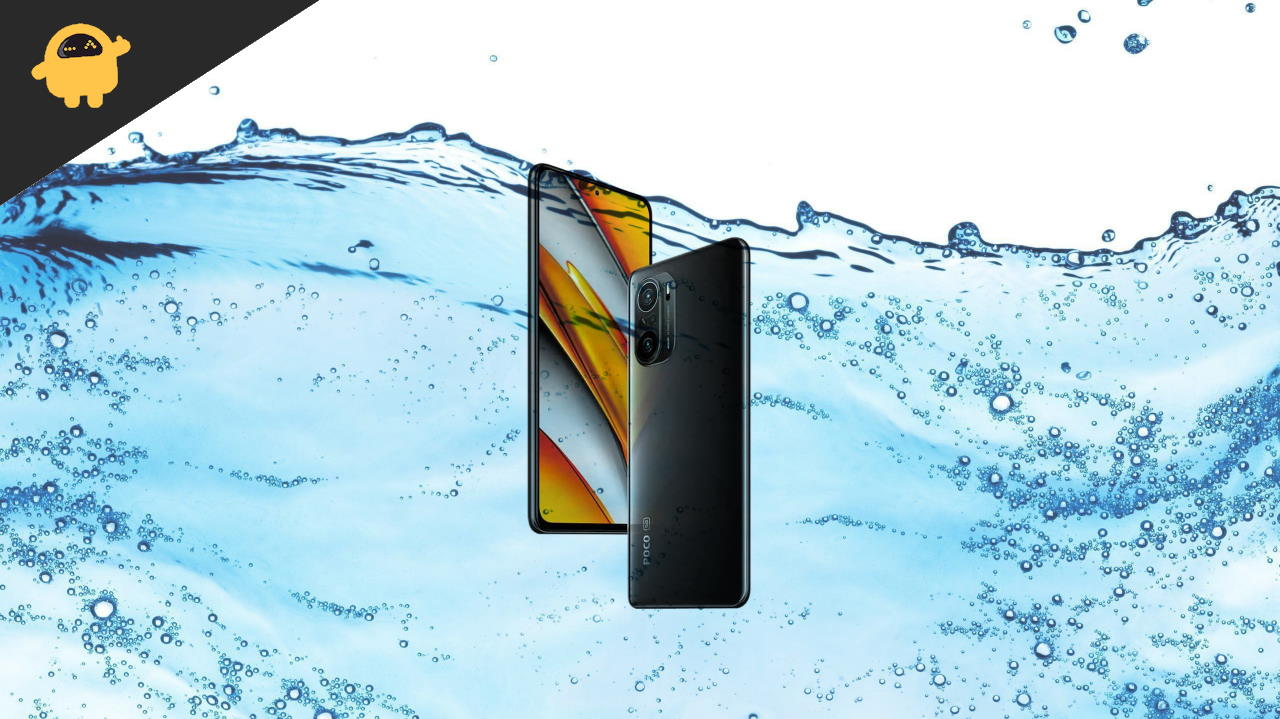 If you have been following any reviewers, you might have heard about the term IP rating somewhere. This IP rating or Ingress Protection rating determines how resistant your device is against water and dust. To call a phone fully  “Water-Resistance”, it should at least have an IP68 rating. The IP rating is derived after testing the phones in the specific condition with exposure to dust as well as water. So what ratings did they give for the Poco phones?

Poco did not specify any IP rating for the X3 GT smartphone. We tried to find any clues of IP ratings on both official websites as well as some leading websites that provide full phone specifications. But sadly, there are no IP ratings available for the X3 GT phone. This should mean that the phone was not tested for an IP rating and probably will not survive with water.

Although in the F3 GT’s case, we were able to find some sources online. We were able to find from some sources that it has an IP53 rating. But we cannot be sure of this because it is not from the official site. However, most manufacturers will not specify this rating unless it is a huge deal. For instance, if a phone has an IP68 rating, then it becomes one of the selling points worth mentioning in the marketing. But in a normal scenario, there is no marketing point in specifying that the phone is IP-53.

Let’s test the water resistance of these smartphones. As a part of the water test, we will drop the phone into a bowl of water, simulating a splash test. Later we will be keeping the phone turned On inside the bowl for 1 minute. The second test should simulate your phone falling into a small pond or pool, making it a submerged test

After conducting both tests, we will be thoroughly checking the functionalities of the phone such as responsiveness to touch, charging, USB connection, Camera, Mic as well as speakers. If any of the malfunction then you know it is definitely not waterproof. Although we will be completely drying out the phone to make sure that the phone will not get damaged, water drops are present after testing the phone.

Splash test on a smartphone

As said already, we conducted the splash test. We dropped both smartphones into the bowl of water and picked it up. This should simulate a scenario where your phone could have fallen into a sink, or you’ve been splashed with a bucket of water by your friend. Normally, any phone with good built quality should be able to withstand this.

As expected, the phones worked completely fine without any issues. Everything in the Poco X3 GT, as well as the F3 GT was working. Although I would have to stress again that we tested it only after completely drying the phone.

Let’s crank things up a notch and keep the phone inside the bowl for a while, say a minute now. This should simulate a case where your phone could have fallen into a small pool or pond. It can take at least 1 min to reach the phone and rescue it. Most modern phones should be able to handle this test. But some phones do survive but with minor problems like speakers rattling, microphones are failing, etc. 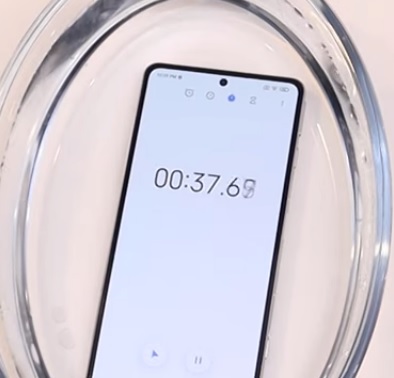 But for the case of both X3 GT and F3 GT, it seems to be a lucky day. After completely drying the phone, they seem to work fine with no issues or whatsoever. Maybe it is really an IP53 device after all I guess. 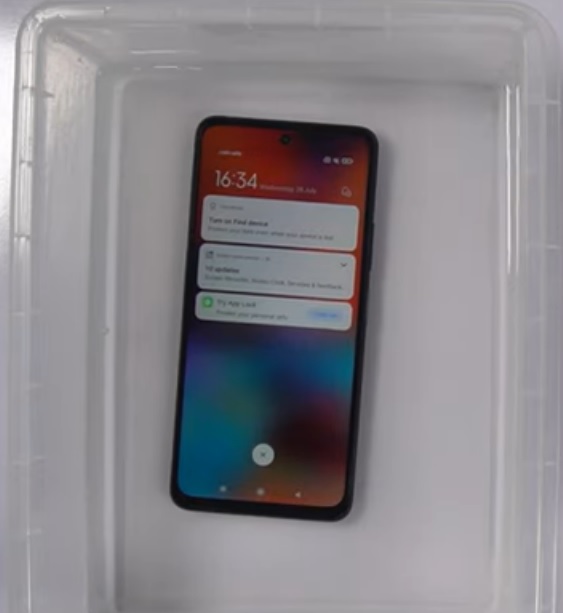 Testing your phones with water could result in a dead phone. To be frank, we would not recommend you to do any testing with water neither we tell you to operate them underwater. Because it is rated for waterproof doesn’t mean you can start using your phone for underwater photography. On top of all, you will not be able to claim a warranty in case of water damage.

So as you can see, both the Poco X3 GT as well as F3 GT seems to resist water to some great levels. Although if you see, an IP 53 rating should only mean that it can only withstand water sprays up to 10 minutes. This tells you to even avoid using or exposing your phone in the rain. To be honest, we are really happy to at least this level of water protection even in these mid-range smartphones. Although we strongly recommend you to keep your phones away from water to avoid any issues. Unlike our testing units, if your phone is dead, it is dead and you might have to buy a new one.