We can imagine the pity of those smartphone users who wait for system updates that take more than one year to reach their devices. While a majority of smartphone users already have their hands on the latest Android 10, a few others are currently getting upgraded to the 1-year old Android 9.0 Pie. LG smartphone users happen to be one among such users. To be more precise LG Q7 Plus is getting the Android 9.0 Pie update right now via T-Mobile and Metro carrier. If you are under T-Mobile, your Q7 Plus will receive a system update with build Q610TA20A. Again, if you have an LG Q7 Plus from Metro, then the system update for your device comes with build Q610MA20a.

Users can install the LG Q7 Plus Android 9.0 Pie update from the over-the-air (OTA) software which will automatically knock into their respective devices. Otherwise, those had enough waiting for the Pie update, we have got the kdz firmware for both the carriers. You can flash the kdz firmware and step up your LG Q7 Plus to the new Android 9.0 Pie. In this guide, we have got the carrier-specific kdz firmware files and the installation guide, which will help you to install the Pie update on your LG Q7 Plus. 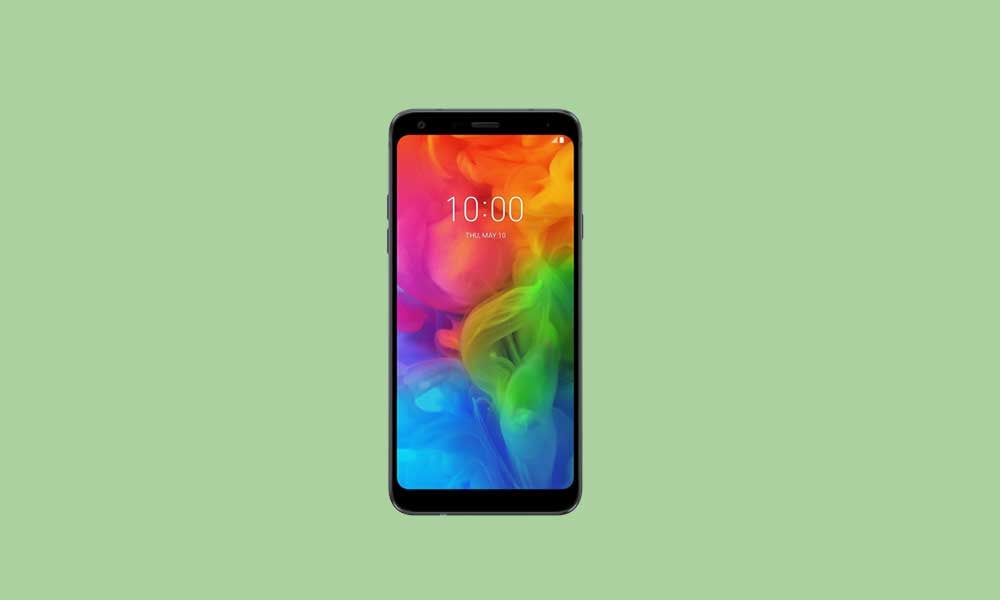 Do not worry if you miss out on the automatic OTA. Normally, server-side updates are phased. So, it will take a few weeks for everyone to see it on their devices. So, in the meantime, you can search for the LG Q7 Plus Android 9.0 Pie manually. To do it Go to General > About phone > Update Center. Now tap on System update> Tap Check for update.

If the new update is available you will be able to see it. then download and install them depending upon whichever carrier you come under.

How to Install Android 9.0 Pie update on LG Q7 Plus

Before installing the kdz firmware you have to download certain tools and drivers which are most important for this process to be successful. We have listed them below. So, grab them.

GetDroidTips will not be responsible for any hardware or software damage to your device if you follow this guide and install the firmware provided. Do it at your own risk.

Here is the guide to help you understand how to flash stock kdz firmware on LG Q7 Plus and upgrade it to Android 9.0 Pie.

How to Install Stock Android 9.0 Pie on LG Q7 Plus

Like they say, better late than never. Those of you enthusiasts have waited a year for the Pie to roll, you can now grab the kdz firmware as per your tele-carrier and install the system update on your LG Q7 Plus.