Despite having an Oculus Quest 2 in the house, you can’t take advance of virtual reality games or events. This can be frustrating for many VR folks who like to explore a new kind of world. Oculus Quest 2 is one of the best VR headsets you can find on the market. But, many users have complained that they cannot pair the VR headset to their phone, PC, or TV. If you are in the same boat, stick to this article; we’ll discuss various effective ways to fix the Oculus Quest 2 not pairing issue. 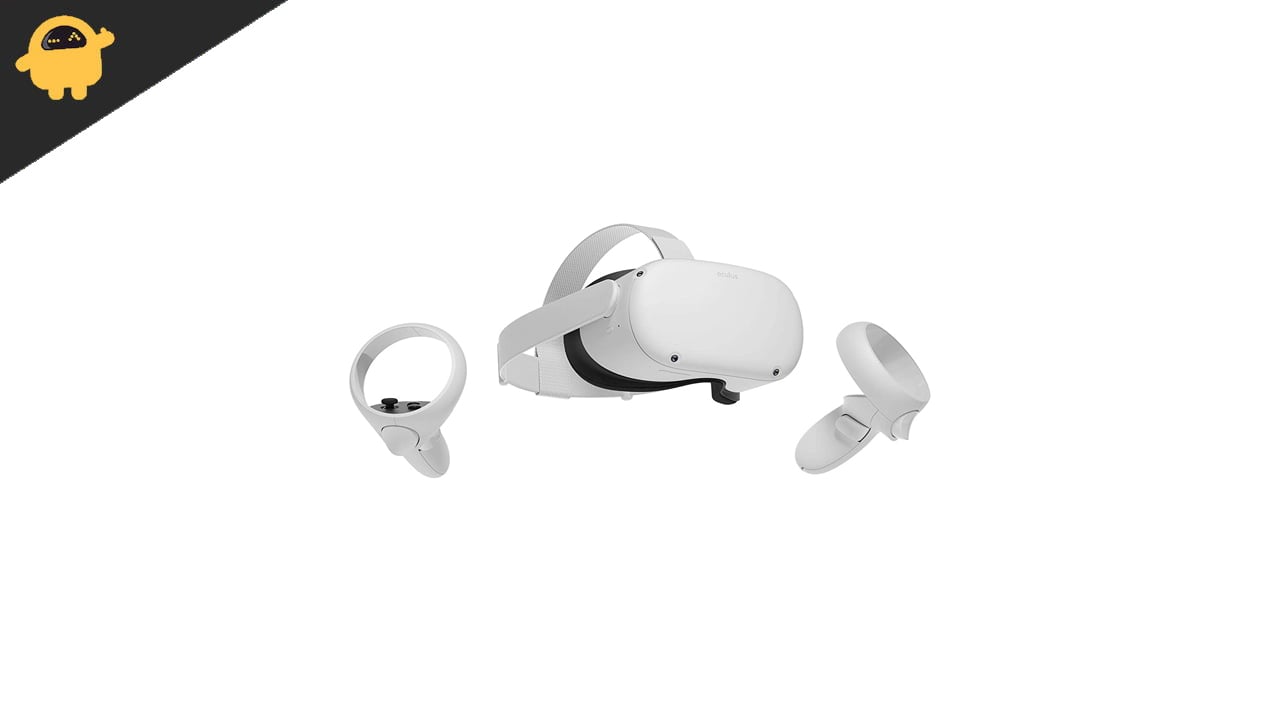 The Oculus Quest 2 is an all-in-one virtual reality (VR) headset developed by Facebook Reality Labs. It offers you the best immersive experience. And the best part is that you can pair it even with your phone or the television. So, having a high-end PC is not a barrier. But before you enjoy the VR experience, you’ll have to pair the VR headset with another device, which is a problem for many users. Check out the fixes I’ve mentioned below in this article.

Why Won’t My Oculus Quest 2 Pair With Phone, PC, or TV

There could be many reasons your Oculus Quest 2 refuses to pair with a phone, computer, or television. Here are some well-known reasons:

Now that we understand the problem let’s move on to the solutions.

Oculus Quest 2 Not Pairing to Phone, How to Fix?

Here are some efficient and working solutions to fix the pairing issue with your Oculus Quest 2. If you already know the reason, navigate to the suitable solution. Otherwise, apply the fixes in order and see which one spells out success for you.

Fix 1: Ensure That Both the Devices Are Connected to the Same Wi-Fi Network

For the Oculus Quest 2 to pair with your phone, both the devices should be connected to the same Wi-Fi network. So that they will be able to communicate effectively with each other. Also, you need to make sure that the internet connection is not unstable or slow.

Fix 2: Restart Your Phone and the VR Headset

Restarting the device does the trick many times in fixing any connection-related issues. After you restart the device, all the background processes refresh, and the device clears temporary cache files. Also, minor system glitches or temporary bugs can be removed by rebooting the device.

As mentioned earlier, if your phone is not running the latest Oculus app version, you might have problems with the VR headset. The latest version contains fixes to previously known issues. Hence, keeping the Oculus app up to date is a must.

To update the Oculus app, go to the Google Play Store or App Store, search for the Oculus app, and grab the latest version. Once you update the app, try pairing your Oculus Quest 2 with the phone and check if the problem is fixed.

There might be some issues with the Oculus app that you are unaware of or not showing on your phone. In such a case, either clear the app data or a better approach is to uninstall and reinstall the app.

Once done, pair the VR headset with your phone and check if the issue persists.

Fix 5: Use a Different Phone

We also need to verify that your smartphone is not the source of the problem. Pair your Oculus Quest 2 headset with a different phone to check this. Use the same Facebook account to pair the devices. If the pairing succeeds, you know there’s some issue with your previous phone. And, if the pairing fails on a new phone, chances are that the VR headset has some hardware issues. You need to contact Oculus Support for the solutions or replacement.

Oculus Quest 2 Not Pairing to PC, How to Fix?

If you cannot pair the Oculus Quest 2 with your PC, try these nifty workarounds to eliminate the problem.

Fix 1: Make Sure Your PC Meets the Minimum Requirements

If your PC does not meet the minimum requirements, consider upgrading it. If your PC fulfills all the requirements and still the Oculus Quest 2 is not pairing, try the fixes below.

Make sure you are using a high-quality USB cable that is not defective to connect the PC and the Oculus Quest 2. Because low-grade USB cables might fail to transfer data at high speed and cause pairing issues. Also, you need to verify that the USB ports on your PC are working fine and the devices are connected properly.

Try disabling the USB power saver settings to fix the pairing issue with the VR headset. Here’s how you can do it:

Fix 3: Install the Latest Version of the Oculus App

There can be issues with pairing the device if your Oculus app is not updated to the latest version. You might even face more issues soon if you continue running the same version of the software.

To update the Oculus app on your PC, go to the official website of Oculus, download the latest version of the Oculus app, and install it. After that, try pairing the VR headset to your PC and check if the issue is resolved.

If you have recently changed from the wireless Oculus Air Link to a wired Oculus Link connection, you might face issues with pairing the device. Disable Air Link and check if it solves the problem.

Outdated or faulty drivers can cause many problems. For the Oculus Quest 2, the USB driver and the Graphics driver are the two most important drivers. You need to make sure that both the drivers are updated.

There are multiple ways to update drivers on your PC. You can download the latest driver version from the manufacturer’s website and install it on your PC. Another handy method to update device drivers is through Device Manager.

Oculus Quest 2 Not Pairing to TV, How to Fix?

You need to make sure that you are following the right steps to pair the Oculus Quest 2 to the TV. Here are the steps you need to follow:

Even after following the correct steps, try these fixes if your Oculus Quest 2 fails to make a connection with the TV.

Fix 1: Make Sure Your TV Has Chromecast Support

Not all televisions are compatible with Oculus Quest 2. The VR headset greatly works with a TV with Chromecast support. So, before you try multiple times to pair the devices, verify that your TV has support for Chromecast.

Ensure the internet connection is stable and working and has no issues with the speed.

Fix 3: Use the Oculus App On Your Phone

If you don’t see your TV name on the Oculus Quest, there’s a way to fix it using the mobile app. Download and install the Oculus app on your phone. Open it and tap on the Cast option. Select the VR headset as the source and your TV as the receiver. You should be able to cast Oculus Quest 2 on your TV.

Fix 4: Use a Different Wi-Fi Network

If you can not pair the Oculus Quest 2 with your TV, there might be some issues with the internet connection. First, reboot the router. If you don’t know how to reboot it, simply remove the power cable for a minute and plug it again into the wall socket. Now, try pairing your VR headset and check if it solves the problem.

If rebooting the router does not help, connect your Quest 2 and the TV to a different Wi-Fi network. Do this to ensure that the internet connection is not an issue here.

This blog post briefly discussed why you could not pair Oculus Quest 2 to your phone, PC, or TV. We also looked at various solutions. Did you manage to fix the problem? Let us know which method worked for you in the comment section below.