The next-gen OPPO Reno3 Pro has been launched in China very recently with plenty of improvements and changes to the device and its features. The device is the successor version of the Reno2 series and offers a stunning display with curved edges just like Samsung’s flagship devices. It has a punch-hole camera for the selfies and the display offers a 90Hz refresh rate, new SDM675G SoC, and more. Here we will know whether the OPPO Reno 3 Pro will receive the official Android 11 (ColorOS 11) update.

You landed up to this article with a question that what is the status of Oppo to push the Android 11 to the newly launched OPPO Reno 3 Pro. Well, then go through this article, and by the end of the article you will be able to clear all the doubts regarding OPPO Reno 3 Pro Android 11 (Android R) Update Status, either it is Android 11 official update or Android 11 Beta update. 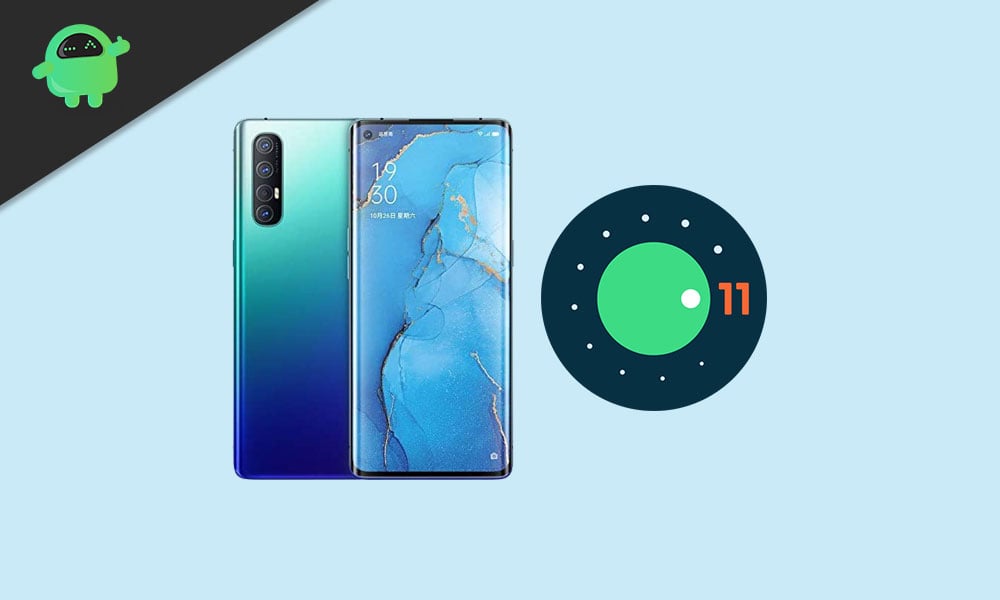 As the name suggests, ColorOS 11 is the successor version of the ColorOS 7 that can be released in December 2020 most probably. It will be based on Android 11 goodies along with some design changes that will gonna change the look and feel of the new custom skin. The upcoming ColorOS 11 version will run on all the upcoming and eligible Oppo devices respectively. The all-new skin version will have plenty of improvements and features that we’ve mentioned below in brief.

Updated on Dec 08, 2020: Good news for all the Oppo Reno3 Pro 4G handset users as the company has released the second batch of the ColorOS 11 beta update for the Oppo Reno3 series devices based on Android 11. It’s worth mentioning that a quota of 4,000 users has been declared for the Oppo Reno3 and Reno3 Pro model. The update batch will be available for the Indonesia, India, and Malaysia regions.

Though the initial batch of ColorOS 11 update isn’t stable enough and has multiple bugs or issues, the interested Reno3 series users can jump into the beta program and apply for it to join as early as possible. Make sure that your device should be running on the CPH2035PU_11_A.23 or CPH2035PU_11_A.25 software version to become eligible to apply for the beta program. You can visit this link to know more about it and the steps to apply it.

Well, Oppo only promised the beta update of Android 11 to Oppo Find X2 and X2 Pro. Regarding the official Android 11 Update for OPPO Reno 3 Pro, there is nothing to worry about, the device will surely receive the update. According to the CMO of Oppo, almost every Oppo device gets at least 2 major software updates. Since OPPO Reno 3 Pro was launched with Android 10 out of the box, and it will receive the next 2 major updates; Android 11 R and Android 12.