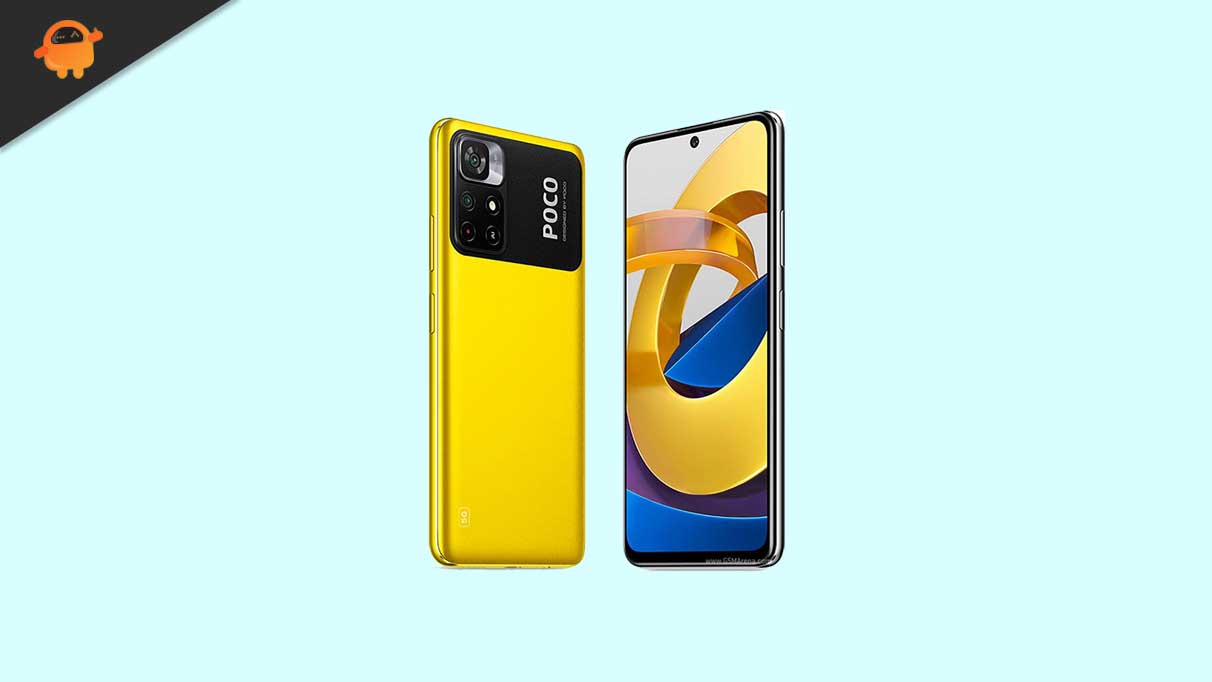 According to Xiaomi’s official blog, the company is committed to delivering 3 major Android OS updates and 4 years of Android Security Patches. Well, Poco M4 Pro came out of the box with Android 11 based on MIUI 12.5, and it is speculated that most probably at the end of 2024, users will get the Android 13 update on their new smartphone. However, if you are here to know the exact date, we regret it because no such news is currently coming out from the official’s side. But, it is confirmed that by the end of 2023 or the beginning of 2024, you’ll for sure get the update.

Poco M4 Pro features a 6.43-inch FHD+ AMOLED panel with a 90Hz refresh rate. It has a resolution of 1080 x 2400 pixels and an aspect ratio of 20:9. The screen has a peak brightness of 1000 nits and it is protected by Corning Gorilla Glass 3. Under the hood, we have the MediaTek Helio G96 that is built on a 12nm manufacturing process. It is an octa-core processor with two Cortex-A76 cores clocked at 2.05 GHz and six Cortex-A55 cores clocked at 2.0 GHz. For handling the graphics-intensive tasks, we have the Mali-G57 MC2.

There are two storage variants of this smartphone: 128GB 6GB RAM and 256GB 8GB RAM. there is a dedicated microSD card slot available for storage expansion. in terms of communications, we have Wi-Fi 802.11 a/b/g/n/ac, Bluetooth 5.0, GPS, NFC, Infrared port, and USB Type-C 2.0. And for sensors, we get a side-mounted fingerprint sensor, accelerometer, gyro, proximity, and compass. Powering it all is a 5000 mAh battery that supports 33W fast charging. The smartphone is available in three color options: Power Black, Cool Blue, and Poco Yellow

Regrettably, we do not have any particular release date for Android 13 for the Poco M4 Pro. But, you can bookmark this page as we will soon add an update tracker to this page along with respective links. So, just stay tuned with GetDroidTips.

Updated on July 21, 2022: Xiaomi started seeding July 2022 security patch and Android 12 update for the device in Turkey and Taiwan with software version V13.0.1.0.SGBTRXM and V13.0.1.0.SGBTWXM respectively. The update is based on Android 12.

Updated on September 21, 2022: Xiaomi started seeding September 2022 security patch update for the device in Taiwan with software version V13.0.3.0.SGBMIXM. The update is based on Android 12.

Updated on September 26, 2022: Xiaomi started seeding September 2022 security patch update for the device in Russia with software version V13.0.2.0.SGBRUXM. The update is based on Android 12.

Updated on October 21, 2022: Xiaomi started seeding October 2022 security patch update for the device in Europe with software version V13.0.2.0.SGBEUXM. The update is based on Android 12.

Updated on December 16, 2022: Xiaomi started seeding December 2022 security patch updates for the device Globally with software version V13.0.4.0.SGBMIXM. The update is based on Android 12.

Updated on December 28, 2022: Xiaomi started seeding December 2022 security patch update for the device in Russia with software version V13.0.4.0.SGBRUXM. The update is based on Android 12.

Updated on January 17, 2023: Xiaomi started seeding January 2023 security patch update for the device in Europe with software version V13.0.3.0.SGBEUXM. The update is based on Android 12.