Recently, launched Poco X3 GT gets a lot of attention from users due to its exceptional features and specs along with an aggressive price tag. But, unfortunately, just after the sales go live on the e-commerce websites, the smartphone got out of stock immediately. Nevertheless, people are always crazy about the Poco smartphone, and why not because what they provide in a decent price range no other venture will think about it.

Xiaomi finally started pushing their new major OS update; MIUI 13 for the Poco X3 GT based on Android 12. The update is now started rolling around the globe.

As per some reports, it is said to be rolling with build number V13.0.3.0.SKPMIXM for users globally. With this, Xiaomi has included the latest February 2022 Security patch which fixes many security bugs and vulnerabilities. 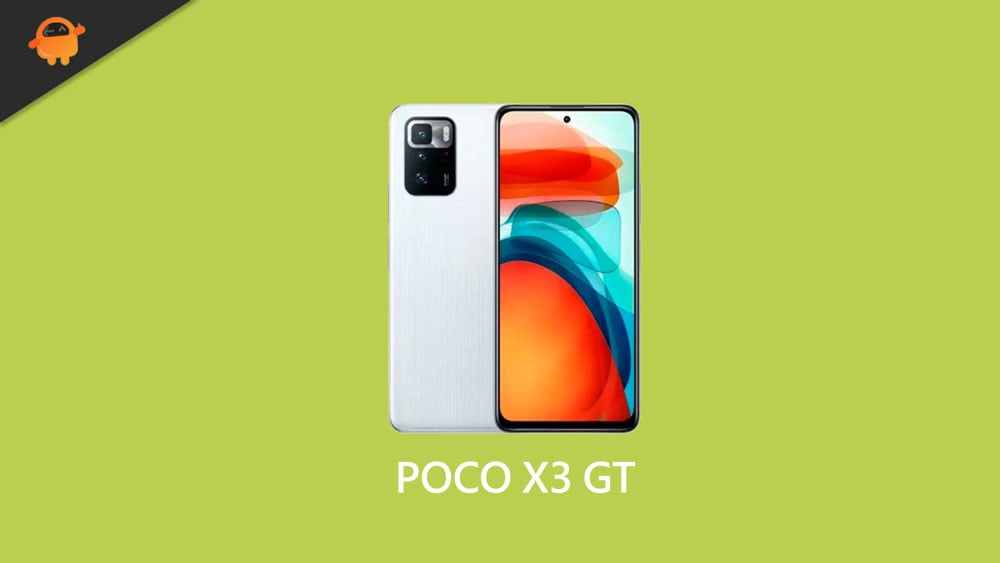 The Poco X3 GT features a 6.6-inch IPS LCD panel with a resolution of 1080 x 2400 pixels and an aspect ratio of 20:9. It is a high refresh rate panel with a refresh rate of 120Hz. It supports HDR10 content and is protected by Corning Gorilla Glass Victus. Under the hood, we have the MediaTek Dimensity 1100 5G chip built on a 6nm manufacturing process. It is an octa-core processor with four Cortex-A78 cores clocked at 2.6 GHz and four Cortex-A55 cores clocked at 2.0 GHz. For handling the graphics-intensive tasks, we have the Mali-G77 MC9.

The Poco X3 GT comes in three storage options: 128GB internal storage + 6GB RAM, 128GB internal storage + 8GB RAM, and 256GB internal storage + 8GB RAM. It will run on Android 11 out of the box with MIUI 12.5 skin on top. For communications, we have Wi-Fi 802.11 a/b/g/n/ac/6, Bluetooth 5.2, GPS, NFC, and USB Type-C 2.0. And for sensors, we have a side-mounted fingerprint sensor, accelerometer, gyro, proximity, and compass. The battery inside the smartphone is a 5,000 mAh cell that supports 67W fast charging. The company claims that the smartphone goes from 0 to 100% in 42 min. The smartphone will be available in three color options: Gray, Blue/Green, and White.

Poco X3 GT comes with a big 6.6 inches IPS LCD, 120Hz, HDR10, 450 nits (typ) display corning gorilla glass victus. Also, if you are a photogenic person, it is compiled with a triple rear camera setup and a 16 MP selfie shooter, which I think becomes a beast if you install the GCam on your GT.

Now, talking about the power, it has the new MediaTek MT6891Z Dimensity 1100 5G (6 nm) processor and Mali-G77 MC9 GPU, which means you do not need to be bothered while playing games.

Before we get straight to the steps to flash the MIUI 13 update based on Android 12 on your Poco X3 GT, let us take a look at the pre-requisites first.

I hope you installed the Stock ROM on Poco X3 GT (chopin) successfully, Now please rate this website with your comment. We always welcome feedback and improvements.