Season 1 of Go Battle League has officially ended, and it is time for rewards. If you have reached rank 7, then congratulations! You have earned yourself an Elite TM. This item has been around for quite some time now. However, it is a very rare item and can be obtained over two months, via the Go Battle League. Elite Technical Machine or often referred to as the Elite TM, is a way to teach your Pokémon a fast or charged move of your choice. In Pokémon Go’s verbatim, “Technical Machines are items you can use to permanently teach a Pokémon a new Fast Attack or Charged Attack.”

That being said, Pokémon Go since 2016 has been blowing off minds with enticing and enjoyable updates that everyone loves to play. This time they have done the same thing by bringing the Elite Fast TM into the game. Even during the time of Pandemic, the game has managed to keep its players attracted by delivering superior gaming content. Our today’s guide will help the players of Pokémon Go to understand and their Pokémon”s best Elite Fast TM in the game. So without any further ado, let’s get started. 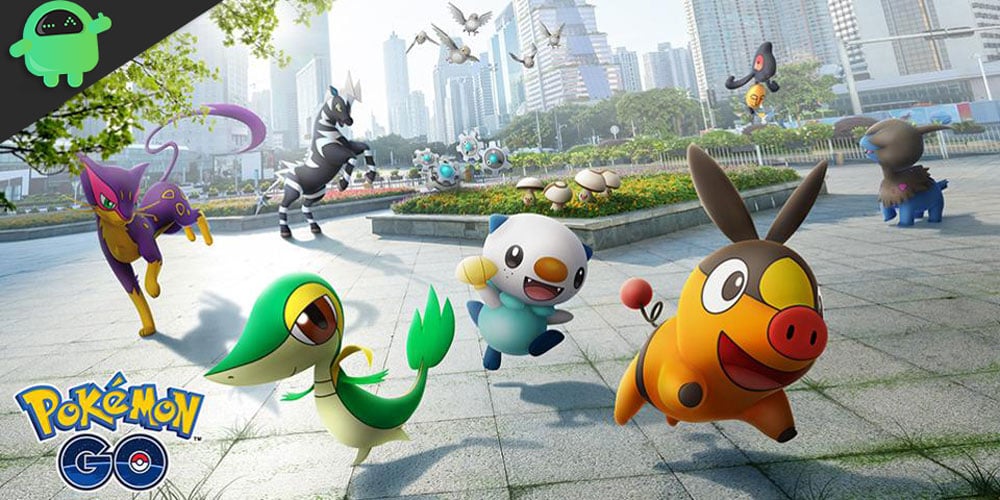 When there were already regular TM available to teach your Pokémon a new fast attack or charged attack, then, what is the significance of the Elite TM?

The Elite Fast TM allows the player to choose from a list of moves, what moves they want the Pokémon to learn. As opposed to the regular TM moves, it is not random. The player can choose legacy moves for the Pokémon to learn, which the Pokémon was supposed to learn naturally. Alongside that, it also gives the players the liberty of selecting exclusive moves of Community Day events or special Raid periods.

In 2018 when Community Day began, it was one of the most beloved traditions in the history of Pokémon Go. But alongside being intriguing and fascinating, it also made the players frantic. They had to wait for their Pokémon to evolve in case it receives Community Day. Things kind of worsen with the advent of exclusive moves for legendary Pokémon. Thus, with the launch of Elite TM, it was a bit of relief for the players.

Confused about which move to choose? Below is a list that will help you out:

In both Great League and Ultra League, Lapras seem to obtain a high rank. Even though Water Gun is an entirely feasible move on its own, Ice Shard can be a great option while pairing up with Surf and Ice Beam. Needless to say, its the ability of much better energy gain. Also, due to the lower energy requirement, Ice Beam is more fluid than Blizzard. Talking about Lapras’s Elite TM moves, Dragon Pulse is also a great move that you can take into consideration. In comparison to the Ice Beam, it is a bit slower, but also can come handy while dealing with Pokémon that repel water-type and ice-type moves. But, then again, Ice Beam comes with Same Type Attack Bonus (STAB), which you might want to consider while choosing the move.

Dugong, also known as the Sea Lion Pokémon, is surprisingly a high ranker in Great League. Credit goes to Dugong’s bulk and utility move-set. Great news, right? But, on the contrary, it will only happen if you have access to both of its Legacy moves; Ice Shard and Ice Wind. Kudos to the Elite TM that players can now easily avail of these moves. Alongside Ice Shard’s great energy gain, Icy Wind comes with a low energy cost. Icy Wind also lowers the attack of the opponent upon a hit. With this, it surely has taken the game up a notch to teach the advantage of STAB, pair Icy Wind with Water Pulse.

Due to Hydro Cannon’s low energy cost and high damage capacity Swampert always rank on the more top end of both the Great League and Ultra League. It helps Swampert not only to create pressure on shields but also to wear away its opponent. A Community Day exclusive move can help your Swampert to convert into a top tier threat. But with an Elite TM move, you can do it at an instant. Pair it with Mud Shot for better results in PvP (Player vs. Player). Also, Earthquake will provide excellent coverage, along with the potential of STAB. Use Sludge Wave to send a shock of surprise to grass-type Pokémon, who try to take advantage of Swampart’s weakness to grass.

Next in our list is Venusaur. Venusaur, also known as the Seed Pokémon, is a grass/poison type Pokémon. It does excellent both in Great League and Ultra League. Venusaur’s bulk gives it an added advantage in PvP. The Frenzy Plant move makes it more relevant in the PvP sphere. The key reason for which is its energy cost efficiency and ability to create a great deal of damage. While dealing with Fairy-type Pokémon, consider pairing Frenzy Plant with Vine Whip and Sludge Bomb for more energy generation and to take advantage of STAB.

Even though Zapdos quite dominating amongst the electric-type Pokémon, it ranked behind Raikou, until Thundershock entered the scenario. Thundershock, paired with Thunderbolt, has great energy gain efficiency, along with the capability of creating a great deal of damage. It is a direct upgrade of the Charge Beam. Though Zapdos is weak when it comes to resisting water or ice-type Pokémon, still its ability to withstand a large variety of attacks makes it the beast amongst the electric-type Pokémon. To take it up another notch, pair Thunderbolt with Drill Peck. It will not only prepare it for shield-baiting but also result in a great STAB.

Sceptile ranks behind Venusaur and is lesser successful when it comes to PvP, but it is still a great grass-type Pokémon due to its higher DPS (Damage Per Second) rate. The Frenzy Plant move makes it a menace against the Pokémon who are weak to grass.

Thanks to Psystrike and Shadow Ball that Mewtwo has become one of the strongest attackers when it comes to Raids and PvP. Exclusive to Mewtwo, Psystrike was only available to those caught during certain Raids. It is perfect to create some psychic-type damage against the fighting-type and poison-type Pokémon. Whereas Shadow Ball is exclusive and great for EX Raids, allowing Mewtwo some of the best neutral coverage available in the game. For maximum DPS, pair up Psystrike with Confusion. To cause more energy gain, pair Shadow Ball with Psycho Cut.

Metagross adorned with Earthquake, Psychic, and, most importantly, Meteor Mash makes a great attacker in the Master League. It is just behind Dialga and Melmetal, as the Dialga is more convenient when it comes to raw damage, and Melmetal has a more versatile toolset. While dealing with a fire-type Pokémon choose Earthquake, as it will provide more comprehensive coverage. Since its lower energy cost and power to create neutral damage, Psychic can also be a great choice. Paired with Psychic Meteor Mash can hit and damage things that usually resist it. It also resists common threats like Machamp and so on.

Gardevoir possesses Synchronoise and Psychic. Both of which are quite a similar move. However, Synchronoise is faster than Psychic, mostly because of its access to Charm’s low energy gain.

Tyranitar’s list of weakness is a bit long, but its access to Crunch alongside its bulk, make it more operable in Master League. The issue with Tyranitar is that it doesn’t learn a rock-type fast move. But with the Elite TM now, you can easily avail its Community Day exclusive move, SmackDown. Even though Tyranitar is considered weaker than Rampardos, but you might want to consider this.

Sky Attack is exclusive to Moltres. Similar to Thundershock in the case of Zapdos. Sky Attack is available to Moltres caught during the Raid periods. Due to low cost and great power, Sky Attack for Moltres is praised by many players. Many classify Moltres as one of the best flying-type attackers.

Blaziken is quite a competitor to fire-type and fighting-type attackers. To make it even more powerful against ice-type and steel-type Pokémon, consider pairing Blast Burn with Counter. Alongside that, a secondary move of Stone Age will grow its resistance against flying-type attackers. Also, you can consider pairing Counter with Blaze Kick to better bait shield without compromising its credibility as a fire-type Pokémon.

Along with all the Legacy moves mentioned above, here is a list of some other recommended moves that you will find helpful.

Now that’s all we had for you with the Best Elite Fast TM in Pokémon Go. After reading our guide, players will be more familiar with the moves and will be able to train their Pokémons better. We hope this guide helped you, and if you think the same, do go and check out our best iPhone Tips and Tricks, PC tips and tricks, Games and Android Tips, and Tricks. Moreover, you may also subscribe to our very own YouTube Channel and participate in the $150 giveaway contest. However, if you have any queries or feedback, do comment down below with your name and e-mail ID. Thank You!