The smartphone industry is so much dynamic that each and every week or month, plenty of smartphones with different specifications, different price tag arrives from different manufacturers. All of them are trying to justify their price segment and the ‘value for money status and Realme is one of those brands. Meanwhile, under the sub-15K price range, Realme 6i is one of the latest and stunning handsets by Realme. Now, those who’re using the Realme 6i and waiting for the Android 11 (Realme UI 2.0) update, should check this.

Talking about the Realme 6i handset, it features a 6.5-inches LCD display, Android 10 (Realme UI 1.0), MediaTek Helio G80 SoC, 3GB/4GB RAM, 64GB/128GB of onboard storage, 48MP quad rear cameras, a 16MP selfie camera, a 5,000mAh battery with 18W quick charging, and more. As the Android 11 official stable version has been released on September 08, 2020, the interested Realme 6i users are looking whether their handset will receive the Android 11 (Realme UI 2.0) update or not.

Realme officials have recently mentioned that they will announce the Realme UI 2.0 update roadmap publicly for its eligible devices. Although at the time of writing this article, there is no official announcement available yet, we will recommend Realme 6i users to have some patience. However, if you don’t want to wait further, you can always manually install the Android 11 GSI build on any of your Project Treble (Android 8.0 Oreo or above) devices. 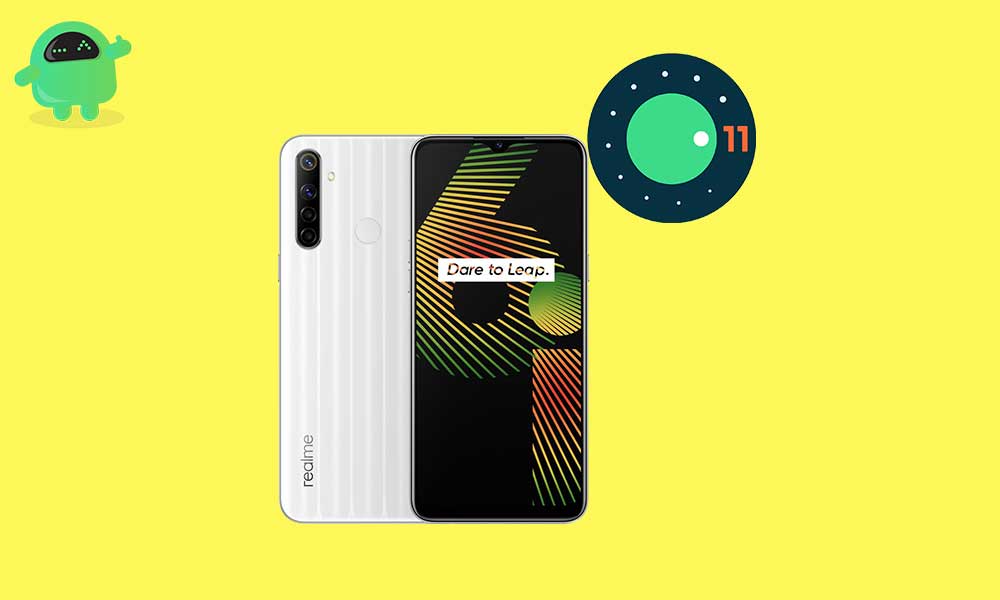 Updated on March 28, 2021: Realme India started rolling the new security patch update to the device with software version RMX2040_11.B.59. It is still based on Android 10 under Realme UI 1.0.

Updated on March 01, 2021: Today Reame rolled the Android 11 based Realme UI 2.0 early access beta program for Realme 6i in India. The update is labeled with software version RMX2040_11_C.01. Check the changelog below.

As per the software update policy by Realme and according to the previous trends, we can say that Realme mostly allows two major Android OS updates to its devices after launching. As the Realme 6i came with Android 10 out-of-the-box this year, it will receive not only the Android 11 but also an Android 12 update in the future.

Till then stay tuned for more info. For further queries, you can comment below.