Samsung recently started rolling the Android 11 update to the Galaxy A51 5G globally. The update brings all-new One UI 3.0 update along with new features and improvements.

The update started rolling via OTA (over the air) for users globally. We already reported the stable rollout of updates to many regions below. Check out the table to find the latest Android 11 (One UI 3.0) update on Samsung Galaxy A51.

As we know, the Android 11 update gets new features and system overhaul which makes the device in hand more convenient to one hand users. Well, Samsung’s own One UI 3.0  has improved the Notification UI, Redesigned Volume controls, Samsung free, Improved AOD and lock screen, Long-press menu tweaks, and many more. Whereas Android 11 brings chat bubbles,

Also, Read which devices getting Samsung One UI 3.0 here. 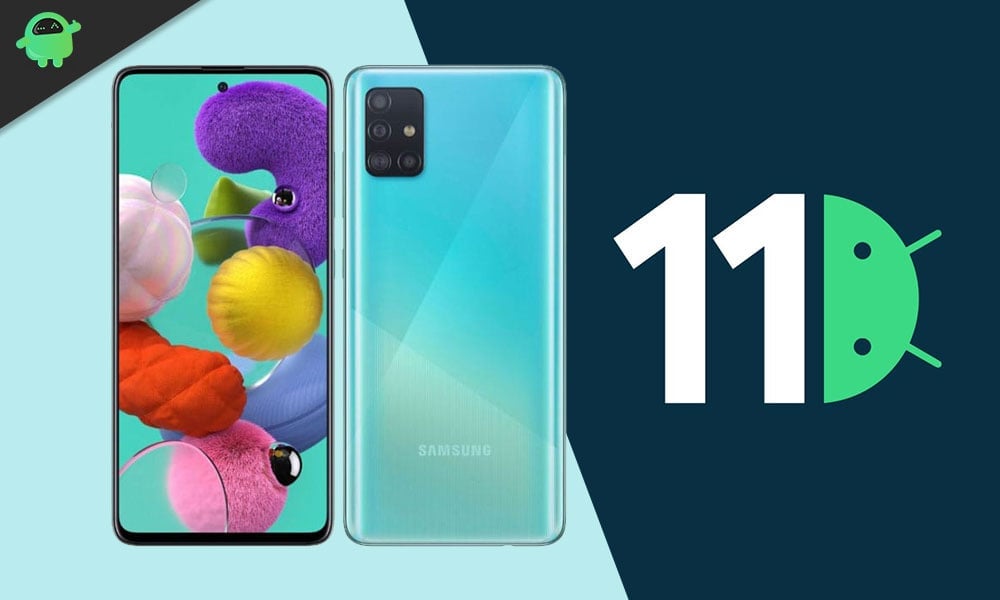 It has a 6.5-inches Super AMOLED display with 1080×2400 pixels resolution quality that’s protected with the Corning Gorilla Glass 3. It runs on Android 10 on the top of One UI 2.0 UI. It’s powered by an octa-core Exynos 9611 SoC, coupled with Mali-G72 MP3 GPU. The handset packs 4GB/6GB of RAM and 64GB/128GB of internal storage options (expandable up to 1TB via a dedicated MicroSD card slot).

It has Wi-Fi 802.11 a/b/g/n/ac (dual-band), Bluetooth 5.0, a 3.5mm audio jack, GPS, A-GPS, GLONASS, NFC, FM Radio, USB Type-C port, USB OTG, etc. While there are some of the sensors like an in-display fingerprint scanner, ambient light, an accelerometer, gyro, proximity, compass sensor. The device is backed by a 4,000mAh battery with 15W fast charging support.

Android 11 for Samsung Galaxy A51

Today Samsung rolled the February 2021 security patch for the device in Singapore and Jordan with build number A515FXXU4DUAE.

Since Samsung is quite busy rolling out the One UI 2.0 (Android 10) update for the devices and there are quite a few devices waiting in line. So, it seems unlikely that the Android 11 update announcement will be made anytime soon. It is expected that the update will be made available for the Samsung Galaxy A51 users only the next year after the stable Android 11 update comes out for the Google Pixel devices. We will keep you in the loop once we have more information in this regard.