Being the 12th installment of the Android series, Android 12 creates a lot of hype before releasing its stable version. According to the official, they are planning to release the stable version of their latest OS update anywhere soon in the month of October. Meanwhile, every big smartphone venture already started rolling out their OS skin based on Android 12 for their flagship segments. Previously, Google stated that this update is going to be one of the most prominent changes ever made by Google in their OS. This is the main reason behind the hype created for the upcoming updates.

In this contrast, the users who have recently bought or plan to buy a new smartphone are based on Android 11 out of the box, thinking that they will get their hands on the latest Android 12 update. In this race, Samsung users are worried too. Samsung recently announces the details about their upcoming smartphones on their various segments like budget, flagship, etc.

Yesterday, I was just navigating through the Reddit forum and noticed that many people are discussing Samsung’s new upcoming budget segment smartphone and the possibility of getting the Android 12 update. Yes, you guess it right! We are talking about the Samsung Galaxy F22. So, I’ve decided to bring a proper guide on this topic along with an Android 12 tracker table. Now, you get what we are going to explain here. So, let’s directly started with the guide. 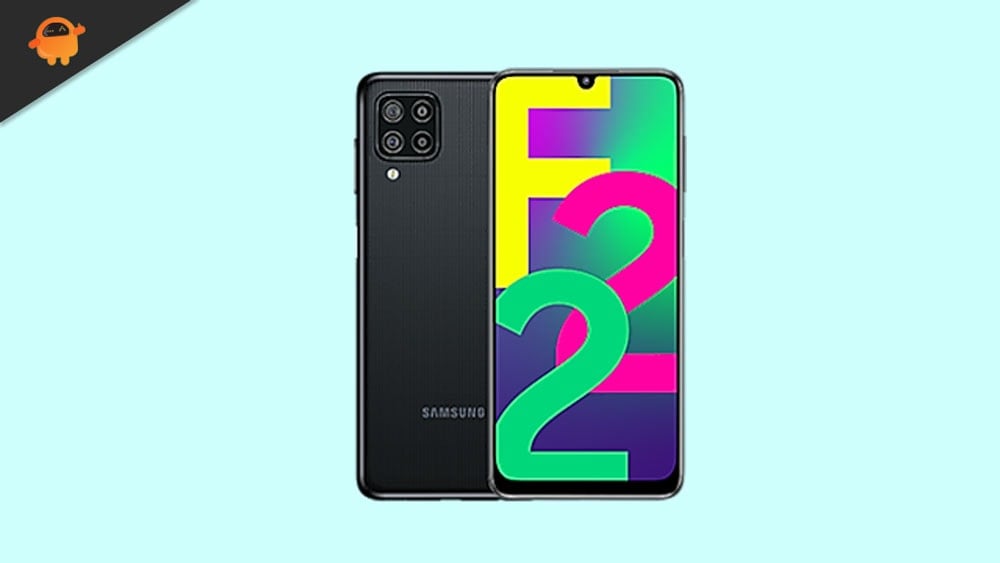 Now, talking about the features of this smartphone, this time Samsung’s most focused area is its display. Samsung Galaxy F22 comes with the Samsung’s iconic Super AMOLED along with a 90Hz refresh rate. Also, users will get a boosted gaming experience with Mediatek Helio G80 based on 12 nm technology. Meanwhile, you will never run out of storage as this smartphone comes in two variants, 64GB/128GB along with 4GB/6GB RAM. However, with its quad-camera setup, this smartphone is the best in its category.

Update 6 July: Samsung announced that they are going to bring a budget segment smartphone under $200 with a lot of features, which normally in this range other smartphone brands are failing to provide.

Update 11 July: Samsung Galaxy F22 is going to be on sale from 13 July on the respective e-commerce website.

Update December 28, 2021: Samsung has rolled the November 2021 security patch update for the device globally with software version E225FXXU3AUK1. The update is based on Android 11.

Updated on March 07, 2022: Samsung started seeding February 2022 security patch update for the device in India with software version E225FXXU4AVB1. The update is based on Android 11.