Just a couple of months ago, Samsung launched a budget smartphone for those who are looking to get a smartphone from Samsung at the lowest price possible. If you are looking for a non-Chinese smartphone and you don’t have much to spend, then this is the ideal choice. The M series from Samsung targets the budget segment, and the M01 core is no exception. In this topic, we will share the official Samsung Galaxy M01 Core Android 11 R release date and feature guidelines.

Nothing is confirmed as of yet! As soon as Android 11 is made available to the OEMs, it is likely that Samsung will start rolling out beta updates for the Galaxy M01 Core. In fact, the Korean smartphone manufacturer will roll out the Galaxy Android 11 update roadmap once it is available. 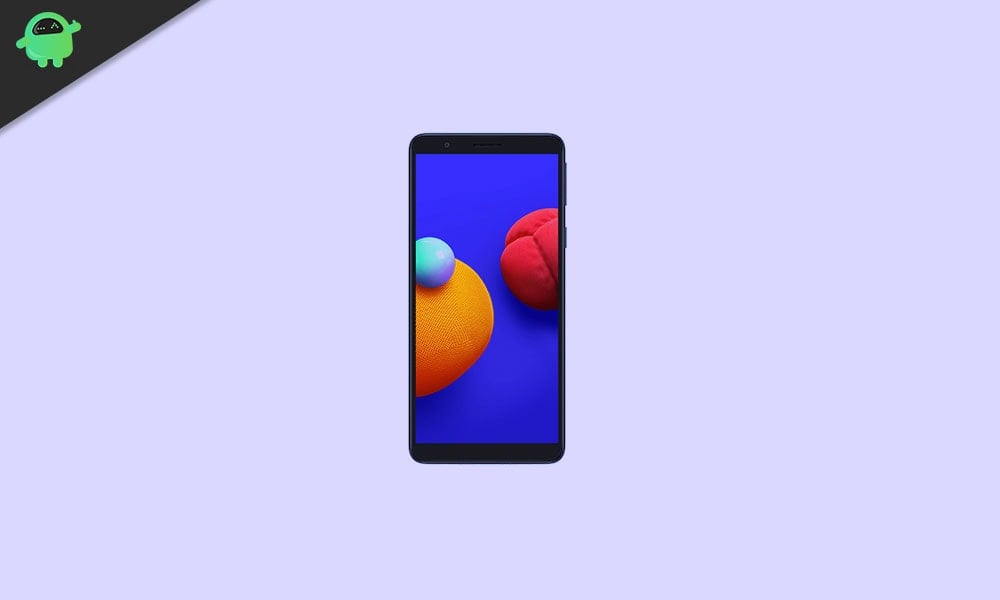 The Samsung M01 Core sports a 5.3-inch HD+ TFT panel with an aspect ratio of  18.5:9. The phone is plastic built, and from the front, it does have some bezels too. Handling the performance is the MediaTek MT6739, which is an entry-level quad-core processor for smartphones.

There is no Type-C port here. Instead, we get the traditional micro USB port. We also get a modest 3000 mAh battery that should be enough to power this lower-powered phone. We do get the 3.5mm headphone jack here.  The phone comes with Android 10 out of the box with the Google Go program. So there are no issues as far as updates for two years are concerned. There are three color variants for this phone: Black, Red, and Blue. The USP of this device is the price which starts only at around 5,500 INR for the base 16GB+GB variant, while for the higher 32GB+2GB variant you will have to pay about 1000 more. For the price of under 7000 INR, this is the best that you can get from Samsung.

Updated on September 23, 2021: Today Samsung has rolled the August 2021 security patch update for the Galaxy M01 Core in India with software version M013FDDU4AUG1. The update is based on Android 11.

Updated on February 05, 2021: Today Samsung rolled the January 2021 security patch update to the device globally with build number M013FDDS2AUA1. The update is still based on Android 10 and not the Android 11 R.

Updated on September 23, 2021: Today Samsung has rolled the August 2021 security patch update for the Galaxy M01 Core in India with software version M013FDDU4AUG1. The update is based on Android 10.

Updated on December 31, 2021: Today Samsung has rolled the November 2021 security patch update for the device globally with software version M013FDDU5AUJ2. The update is based on Android 10.

Since Samsung is quite busy rolling out the One UI 2.0 (Android 10) update for the devices and there are quite a few devices waiting in line. So, it seems unlikely that the Android 11 update announcement will be made anytime soon. It is expected that the update will be made available for the Galaxy M01 Core users only the next year after the stable Android 11 update comes out for the Google Pixel devices. We will keep you in the loop once we have more information in this regard.