Here in this article, we’ll provide you the Samsung Galaxy Z Fold 2 Android 11 (One UI 3.0) Update Tracker details so that you can know more about what’s going on in the background. Well, the Galaxy Z Fold 2 is also known as Galaxy W21 5G in the Chinese market which is an extravagant successor version of its predecessor from foldable screen quality to hinge, etc. Though the handset came with Android 10 (One UI 2.5) out of the box, most of the enthusiasts are looking for the latest Android 11 update on top of One UI 3.0 skin.

Keeping in mind, Samsung is now towards the official run of providing three major Android OS updates starting from One UI 3.0 (Android 11) to most of its premium segment devices including the Galaxy Z Fold 2 model. The early beta testing journey has been started for the One UI 3.0 to the Galaxy S20 series in the name of Pre-Beta 1 in the USA and now the company is moving towards the release of Pre-Beta 2 soon reportedly. Obviously, the Galaxy Z Fold 2 is on the list to receive the update soon. Now, let’s take a look at Android 11.

This year Google has released the 11th-iteration of Android OS named Android 11 (R) which is a successor version of the last year’s Android 10 (Q). After providing a couple of developer preview builds and then pushing the public beta builds to a set of models, finally, Google has launched the official stable version in September 2020 for Pixel models initially. Later on, more and more devices are getting the opportunity to have the developer beta testing phase. 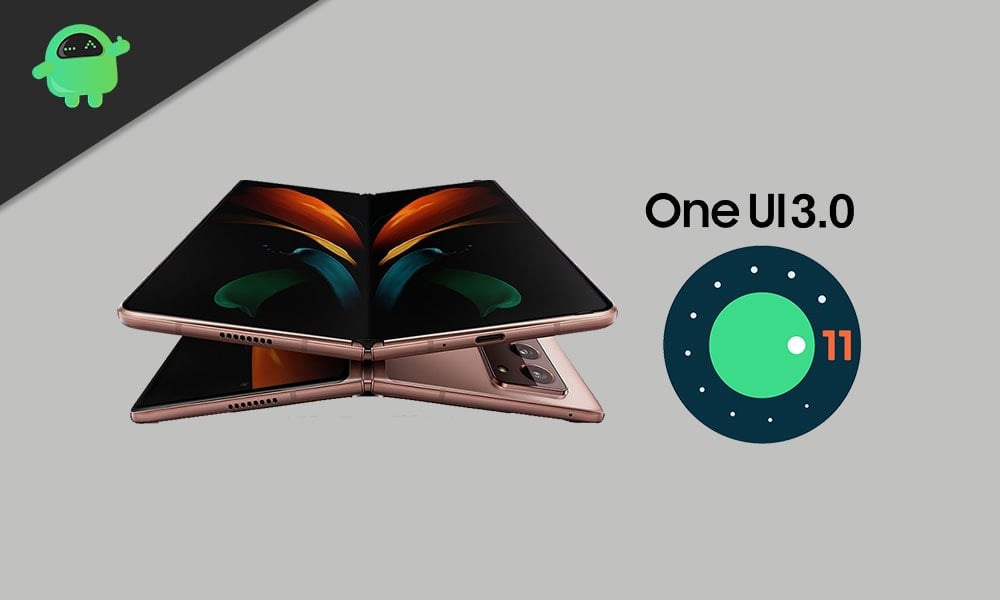 Well, the Samsung Galaxy Z Fold 2 will gonna receive three major Android OS updates including Android 11 (One UI 3.0) as a first-ever OS update. So, if you’re a Galaxy Z Fold 2 device user, you don’t need to worry about it.

Updated on January 14, 2021: Today Samsung has finally rolled the Android 11 for the device with build number F916BXXU1CTLL. The update brings all-new One UI 3.0 features and January 2021 security patch.

Updated on December 07, 2020: After rolling the beta, Samsung today rolled the second One UI 3.0 beta for the Galaxy Z Fold2 in Korea with the build number ZTL3. The update weighs 535.29 MB in size.

Updated on December 05, 2020: Today Samsung rolled November 2020 security patch for the Galaxy Z Fold 2 globally and also to the US Unlocked variant. The update comes with build number F916BXXU1BTJB and F916U1TBS1BTK2 respectively.

Updated on November 12, 2020: According to the tweet from Ambassador of Samsung Care, the OEM is really working hard to deliver the One UI 3.0 Pre-Beta 2 for a couple of devices and Galaxy Z Fold 2 is one of them. Right now, the One UI 3.0 is under development process for this model and we have to wait further.