Playing with friends in Total War: Warhammer 3 is the most diverse and the most fun the series has ever seen; however, network issues can still be bugging the game. Since it supports up to 8 players simultaneously, this game has given me more reasons to fire up multiplayer than any game in its history.

You can also play the campaign mode with your friends. But that’s not the topic for today’s guide, right? Then, let’s discuss about why we are here today. In this journey, you will learn about the Total War Warhammer 3 best legendary lords list. Therefore, if you are want to know about these characters, make sure to read the guide until the end. 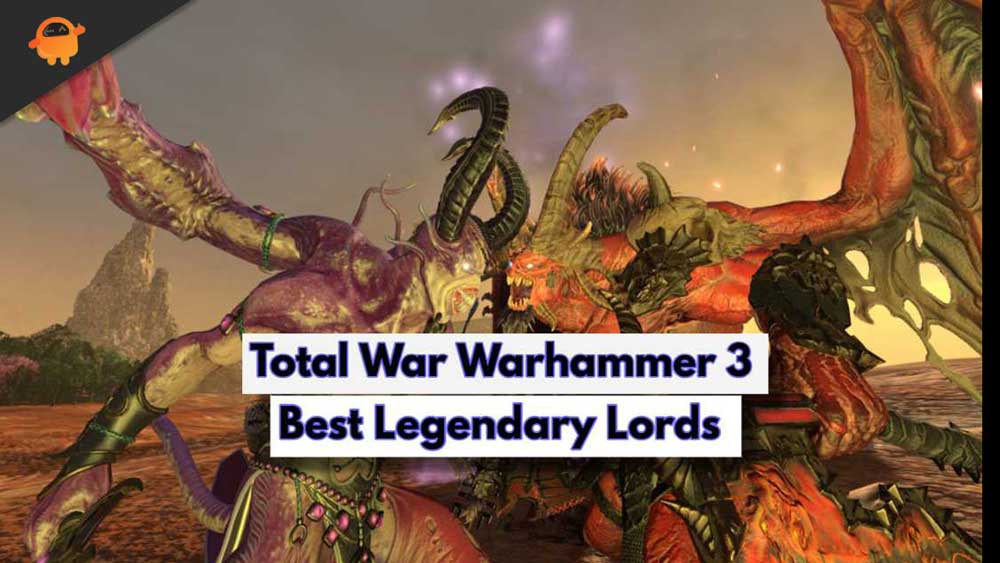 There is a number of Lords available that you can use to play Total War: Warhammer 3. But, not many users are familiar with all of them due to which they aren’t able to understand which legendary lords they need to choose while playing the game. So, we will give you direction for that; therefore, just make sure to be with this guide until the end.

Kislev is a playable race that was recently presented in Total War: Warhammer III. They are a strong human nation in the Old World’s north, famed for their harsh winters and steadfast defiance to Chaos. Kislev boasts a large number of hybrid melee/ranged units and many more. However, there are three faction leaders under this Kislev. So, let’s take a look at them.

Ogre Kingdoms are the Total War Warhammer 3’s early adopter, which means they’ll be given away for free to everyone who preorders or buys the game within the first week of its release. However, there is two faction leader in this kingdom. So, let’s take a look at them:

The new Total War: Warhammer III will feature the Grand Cathay as a playable race. Well, the Cathay is the biggest kingdom in the Warhammer World, with the majority of its citizens being humans, and it is ruled by immortal dragons who can assume human form. However, right now, we are familiar with the two faction leaders. So, let’s take a look at them:

The Daemons of Chaos, often known as Chaos Undivided, are a playable race in Total War: Warhammer III. It illustrates daemons who aren’t aligned with any of the four Chaos Gods; hence they absorb units from all four. However, the Legion of Chaos is the game’s only playable group which is led by The Daemon Prince. So, let’s take a look at some of the important factions of Daemon Prince:

Nurgle is the Chaos God recognizes as disease, decay, death, and degradation, commonly known as the Plague Lord. He is the oldest of his sibling Gods because the process of deterioration started with life. It is one of the strongest legendary lords that is available in Total War: Warhammer 3. So, if you are curious to know about its ability, then let’s take a look:

Khorne is the Chaos God of indiscriminate slaughter, murder, and primitive survival. As the Chaos Gods’ relative power varies, it is still the most powerful of the four. So, let’s a walkthrough with its ability:

Now, talking about the Tzeentch is a playable race which is recently appeared in Total War: Warhammer III. However, it introduces the Chaos God of ambition, magic, schemes, lies, and change. Therefore, if you want to know about its faction effects, then let’s take a look:

Talking about the Slaanesh, then it is the newest or youngest Chaos Gods. However, it is also considered the weakest God. But, at the same time, it symbolizes pleasure, pain, desire, and excess are associated with the various colors. So, now let’s take a look at the lord and faction effects of this legendary lords Slaanesh:

It is one of the greatest Total War games that I’ve ever played. Yes, it has good graphics that recommend chaos undivided. However, as per my experience with the game, I’ve mentioned all the known Total War Warhammer 3 best legendary lords list. So, we hope you find this guide helpful. But, in case you need any help regarding the above-mentioned list, comment below.