CREATIVE ASSEMBLY, Feral Interactive, and SEGA have released a turn-based real-time strategic video game called ‘Total War: Warhammer III‘ in Feb 2022. It has been available for Windows, Mac, etc platforms that offer almost mixed reviews on Steam for the PC version. Meanwhile, some players are experiencing the WARHAMMER 3 Multiplayer Not Working issue on the PC while connecting to the server. If you’re one of them, you can follow this guide to fix it.

According to multiple reports online, several unfortunate players are basically unable to get into the multiplayer mode because they can’t add friends to the list or the friends list not showing up at all. While your friends are online, affected players may not be able to find them unexpectedly. Well, it becomes one of the common issues among PC gamers to encounter such an issue but there are a couple of workarounds mentioned below that can help you out. 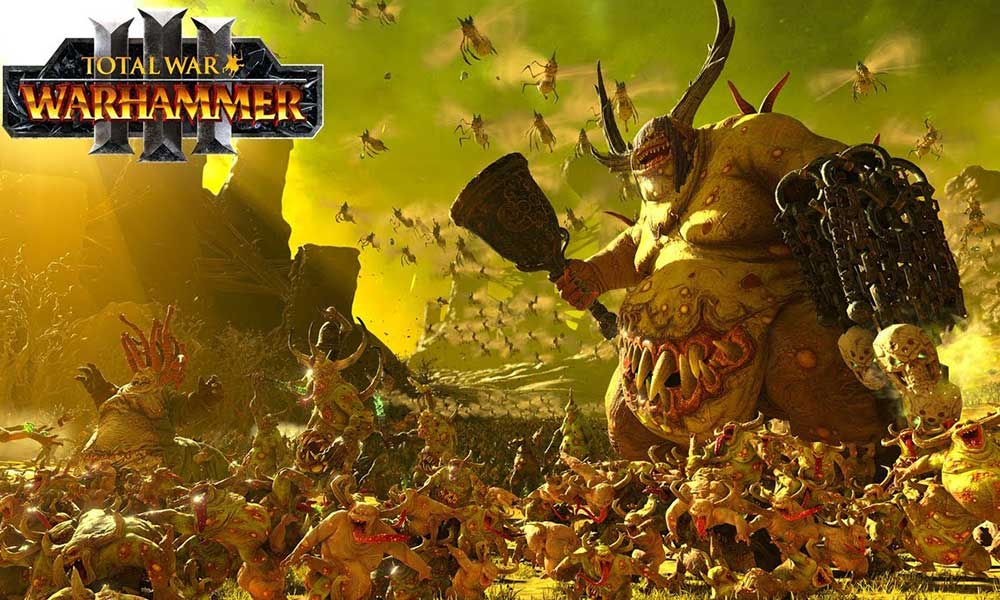 Make sure not to skip any method until the problem gets fixed for you because even a simple workaround can resolve the issue in some cases. Now, without wasting any more time, let’s jump into it.

The first thing you can do is cross-check whether the game server is working fine or not. Sometimes the server downtime or maintenance can cause several issues with the online multiplayer connectivity whatsoever. You can follow the official @totalwar Twitter handle for real-time updates and info about the WARHAMMER III game. If there is an issue with the server, you can wait for a couple of hours and then try again. If everything is fine, check the next method.

Steam offers a friend list for the players to join friends directly who can’t connect to multiplayer games in Total War: Warhammer III. To do so:

Note: If the game still can’t connect you to the multiplayer mode, you may need to perform this method multiple times.

If you’ve purchased the WARHAMMER III game via the Xbox Game Pass on the PC then make sure to follow the steps below:

Whereas some players have also claimed that changing their profile icons in the Xbox app did fix the issue which is quite weird. But you should also try this trick at your end.

It’s also recommended to turn off the Windows Firewall protection on the PC by following the steps below because sometimes the firewall system can block game files to run properly.

It’s also recommended to link your Xbox Game Pass account to the Steam account by following the steps below if you’ve purchased the WARHAMMER III game via Game Pass Store.

6. Ensure your Steam Profile is Public

It’s highly recommended to make sure that your Steam Profile is set to Public by following the steps below. So, that the other players can find and connect with you easily. To do that:

The first thing you should do is simply restart the Total War: Warhammer III game on your PC or gaming console to check whether the problem has been fixed or not. Sometimes issues with the temporary glitch or the cache data can trigger server connectivity issues whatsoever. So, just exit the game and make sure to close background tasks completely before launching the Total War: Warhammer III game again.

In some scenarios, it’s better to simply reboot the gaming device no matter whether you’re using a PC or a gaming console. You should always try this method to ensure there is no conflict or system glitch present on the device that basically triggers the multiplayer connectivity issue.

You should also try checking out the internet connection at your end because a poor or unstable internet network can eventually cause online connectivity issues with the game servers whatsoever. If in case, you’re consistently receiving server connectivity errors on multiple games then make sure to contact your ISP for further assistance. You can also ask your ISP to upgrade the data plan for better internet speed or change the IP address too.

If you’re using a wireless (Wi-Fi) network then make sure to change it to a wired (ethernet) connection to get a stable internet speed for sure. Advanced users can also try using the Google DNS address on their internet settings to get maximum speed or access to the game servers across the globe.

It’s also recommended to verify and repair the game files on your PC via the Steam client to cross-check whether the installed game files are corrupted or missing or not. The game launcher will do the job for you and automatically fix the game files-related issue. To do so:

The chances are high that somehow your installed game files become corrupted or missing due to the recent update or anything else. It’s recommended to uninstall and reinstall the Total War: Warhammer III game on your PC to check if the Multiplayer Mode Not Working problem has been fixed or not. To do so:

If none of the methods worked for you, then try contacting SEGA Support for further assistance. Sometimes a support agent can easily help you with technical aspects or ask the agent to raise a ticket for this issue. So, that the game developers can investigate it deeply. Although resolving your issue and closing the ticket can take some time, it’s worth trying out in so many ways.