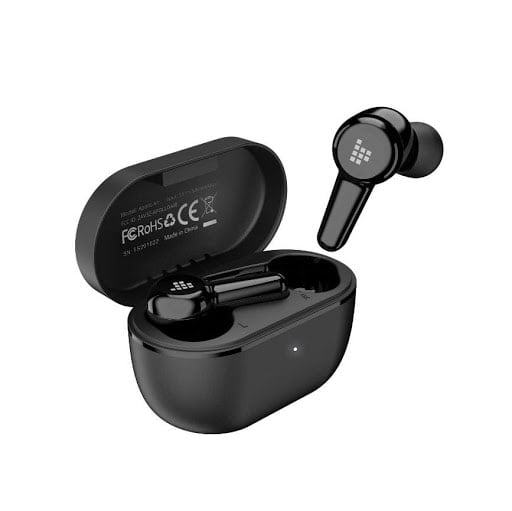 LONDON 15th Jun 2021: Consumer technology expert, Tronsmart, which today celebrates its 8th birthday, is pleased to announce the arrival of its Apollo Air and Apollo Air+ TrueWireless™ Stereo Plus Hybrid ANC earbuds. Both earbuds feature the industry-leading Qualcomm QCC3046 Chip and deliver 35dB full frequency hybrid active noise cancelling. The Tronsmart Apollo Air and Apollo Air+ are available from Tronsmart official website for $69.99 and $99.99. To celebrate Tronsmart’s birthday, the company is also giving away a number of prizes including a main prize of a gift tech box worth over $500 as well as additional prizes including these earbuds and discounts here.

The new Apollo earbuds both feature hybrid ANC noise cancellation which eliminates up to 35dB in low, mid and high frequencies. There are three ANC modes available: cVc 8.0 noise cancellation which allows users to focus on their music, ANC off so users can listen to the music without being completely isolated with the earphones simply blocking out noise and ambient mode, which enhances surrounding outdoor noises making it the ideal setting for cycling or running whilst staying safe and aware.

How to Connect AirPods to a Chromebook

AirPods Microphone Not Working, How to Fix?

How To Connect AirPods To Your Steam Deck

How to Fix If One AirPod Pro Not Working Issue 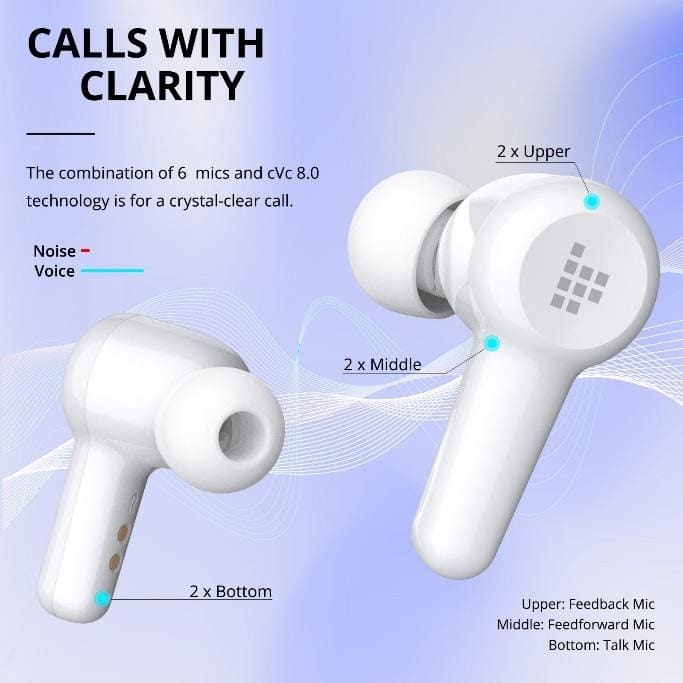 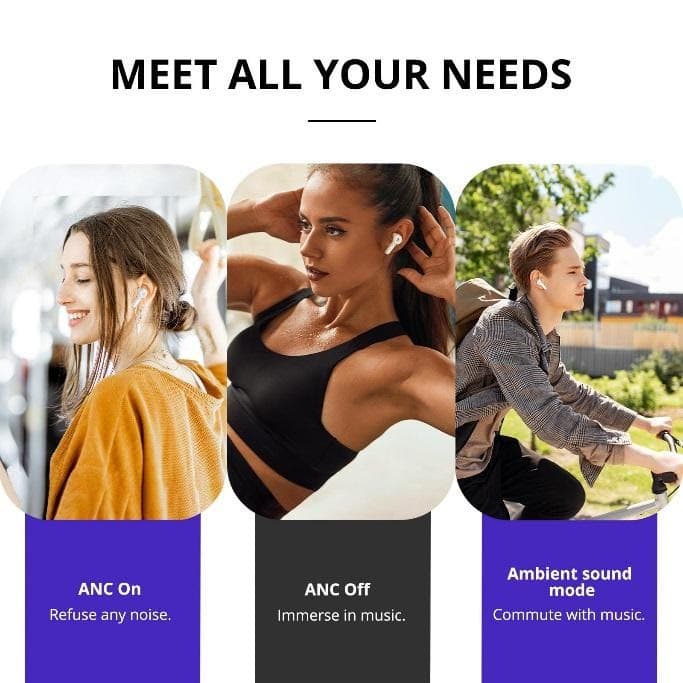 The Qualcomm flagship QCC3046 chip with aptX audio decoding enables faster transmission and a lower latency whilst the advanced TWS+ synchronous transmission technology is unlike most earbuds on the market. With other competitive products, the main earbud will receive the signal from the mobile first, then transfer this from the main earbud to the other earbud causing a delay in the sound. With TWS+, both earbuds will receive the signal from the phone at the same time so there is zero latency between both earbuds. Qualcomm® aptX™ technology is another feature on both earbuds and aptX™ Adaptive for Apollo Air+, delivering high resolution, uninterrupted audio. 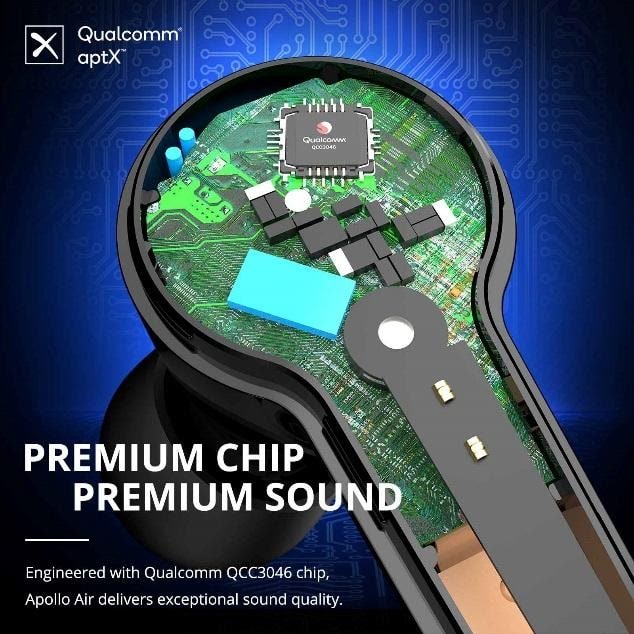 Both earbuds boast the latest Bluetooth 5.2 technology for faster signal transmission and seamless streaming of music. Customised graphene drivers are also included for excellent sound quality and the IP45 rating ensures both models will keep playing music through rain, sweat and dust. 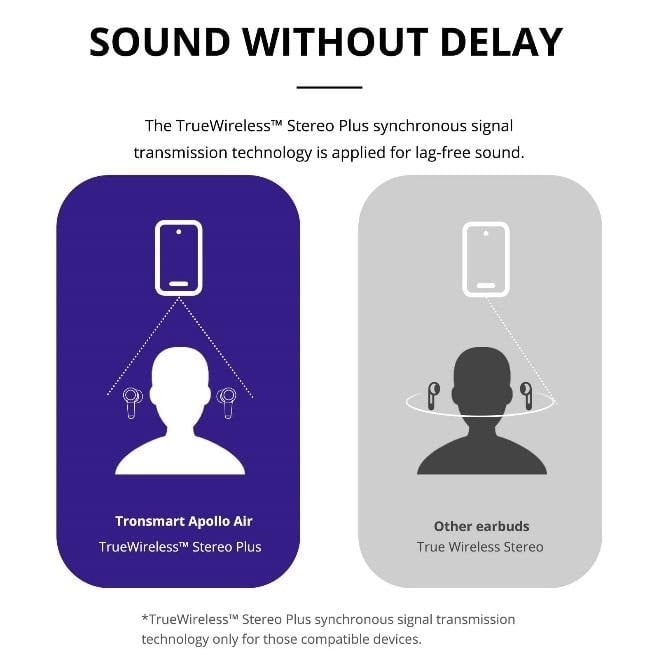 A huge feature on both of these earbuds is the smart App control where users have the ability to personalise the equaliser to suit their specific requirements using the accompanying Tronsmart App. Additional features on the app allow users to customise the touch controls on the earbuds to meet their needs. 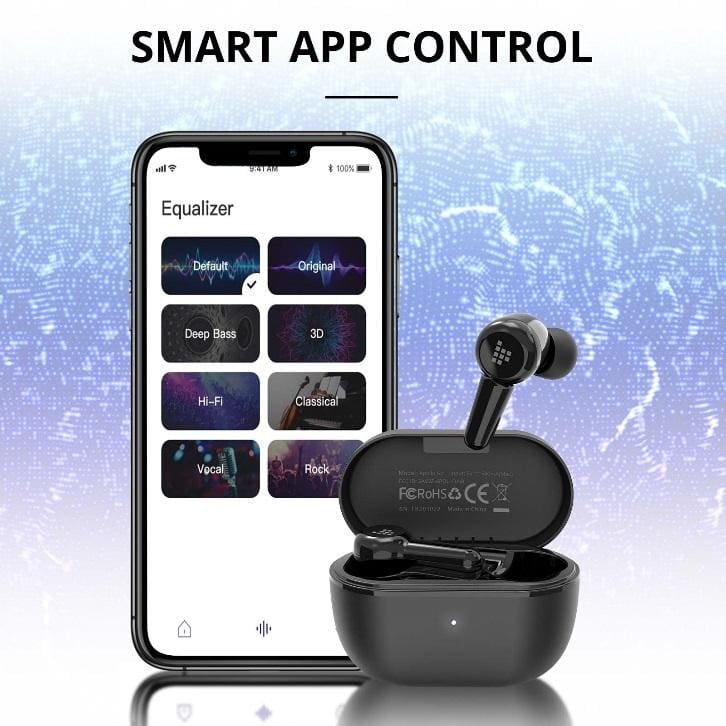 The Apollo Air and Air+ can be used for up to 5 hours on a single charge and up to 20 hours when using the Type-C connection charging case. 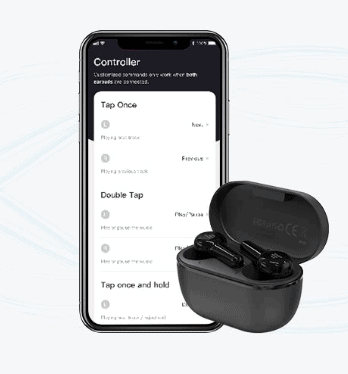 The Tronsmart Apollo Air+ has some extra tricks up its sleeve. As well as the fantastic features above, the Air+ will also pause music when they are removed from the ear thanks to the instant in-ear detection feature making them extremely convenient to use on the go or in an office. The Apollo Air+ can also be charged wirelessly on compatible charging pads, making it even easier to ensure they never run out of battery.

The Tronsmart Apollo Air are available  for $69.99 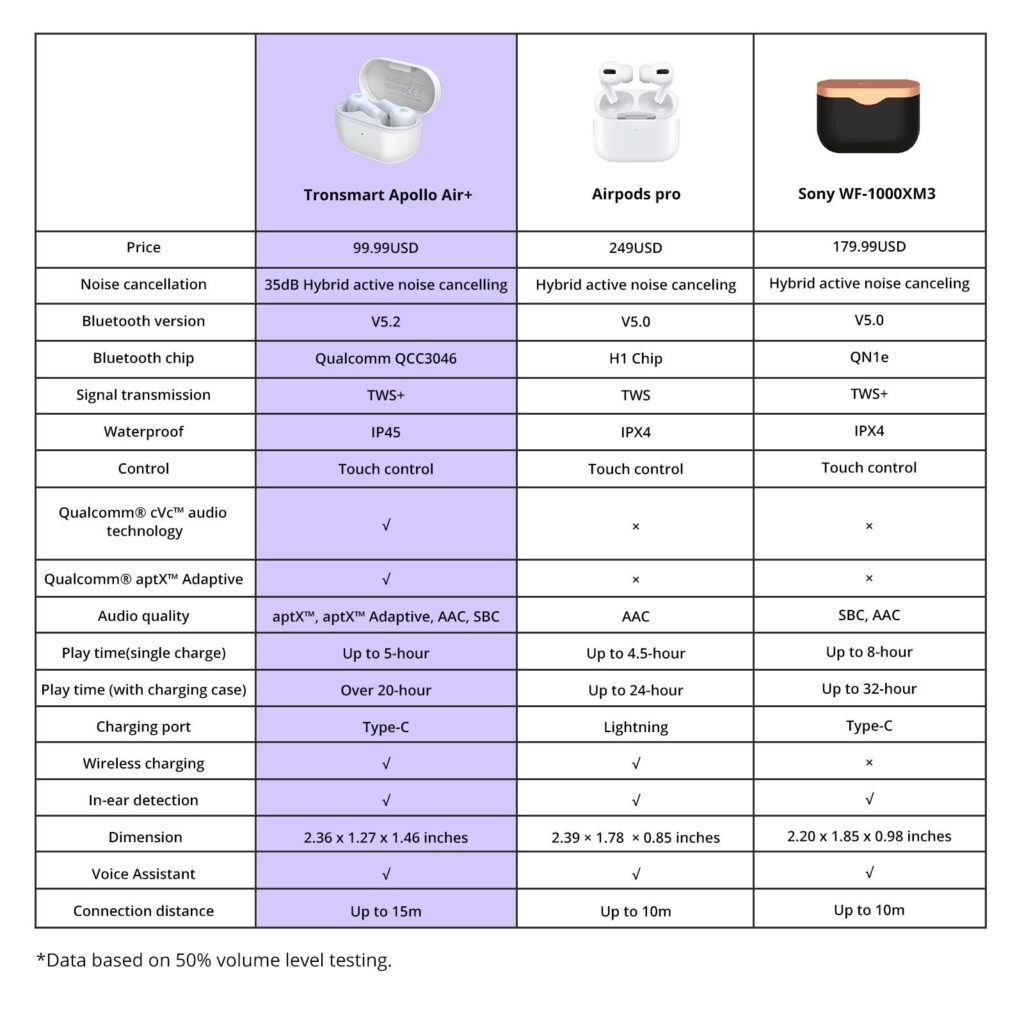 A comparison between Apollo Air and Air+ is clean in this chart.

Established in 2013 and celebrating its 8th Anniversary in June, Tronsmart is a tech brand that designs and manufactures world-class tech accessories which has been recommended by Qualcomm, Forbes, Yahoo, and many other big companies and media. It also signed Luis Suarez as the official ambassador in 2018.  The company has rapidly expanded and sell its products to over 70 countries in many regions including North America, South America, Europe, The Middle East and Asia and has over 40 patents including its SoundPulse® technology.  The core value of Tronsmart is to make life easier by providing customers with high-tech, high-quality and high-performance products.

The founder of Tronsmart, Eric Cheng, is an electronic enthusiast who in 2008 used his first paycheck to create a small laboratory, where he disassembled tech products in order to grasp a greater understanding of their inner components. Located in Shenzhen, Asia’s Silicon Valley of hardware , he would find components in the local market and assemble his own unique electric devices. Eric took this self-acquired understanding of electronics and used it to create a wide range of cost-effective gadgets. After assembling a trusted team, Eric managed to bring his self-made electronics to mass production; thus creating the brand “Tronsmart” in 2013.