Finally, Huawei launched the much-anticipated smartphone from Huawei P series called Huawei P20 and P20 Pro. The smartphone is a photo-centric and the device comes with their Leica cameras which comes with a lot of excitement. According to BBC news, the device can see the dark. Many users of this device are in love with it, but some find this phone to be filled with bloatware that they want to remove it completely. Some users don’t like the Huawei’s EMUI interface, so they may want to try out the different custom firmware. To try out all this, one may have to unlock the bootloader first. If you are looking to unlock the bootloader on this device, then you are the right place. In this guide, we will help you to Unlock Bootloader on Huawei P20 and P20 Pro Smartphone.

By Unlocking Bootloader, your warranty may void. So we recommend you to try this only after the warranty period. You can always try this anytime you want. By unlocking the bootloader on Huawei P20 and P20 Pro, you can install any custom recovery, Custom Firmware, and even any supporting mods. 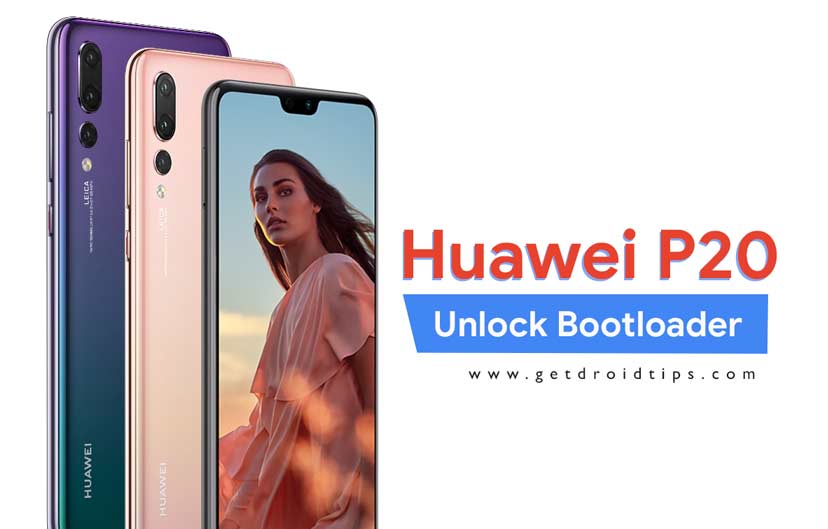 How to Unlock Bootloader on Huawei P20 and P20 Pro :

Warning: Take a full backup before proceeding to unlock bootloader on your phone. Your warranty may void, so we are not responsible if you brick or damage your device.

That’s it! You have unlocked the bootloader Huawei P20 and P20 Pro smartphone.