One of the most intriguing Agents recently introduced to the roster in Valorant is Killjoy. This Agent was first seen in Act 2, and her addition has significantly altered the game’s balance. Here, in this guide, we will help you learn all the essential details in regard to Killjoy. This includes her abilities, best weapons, best agents, and much more.

Riot Games’ highly popular free-to-play multiplayer tactical FPS game, Valorant, has quickly risen to become one of the most acclaimed and successful titles online. Despite being an arena shooter, it features a number of Agents for you to play as. Every one of them possesses their own typical abilities, strengths, and weaknesses. Thus, your choice in selecting from them makes a significant impact on how you are able to master this game. 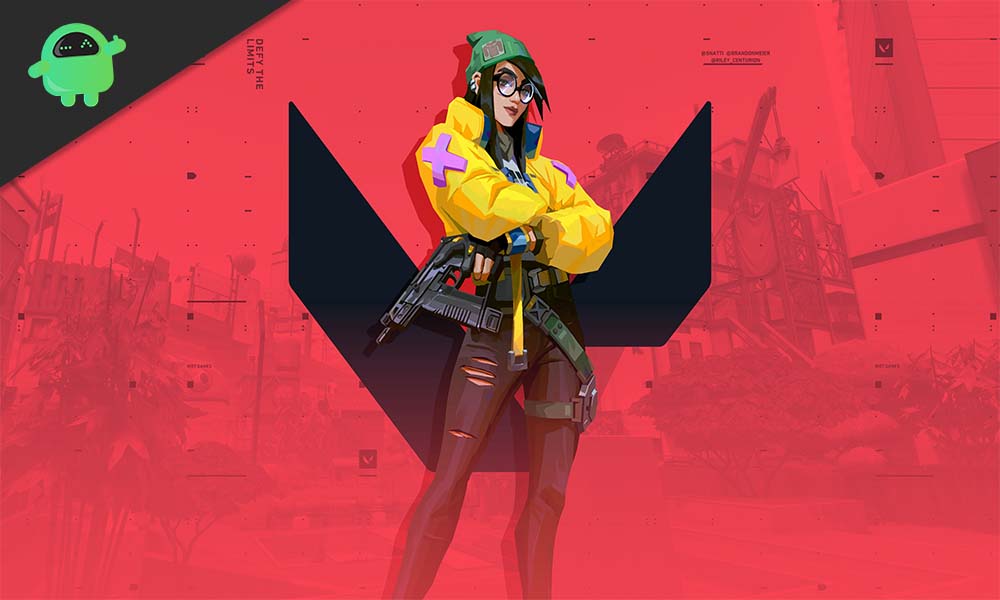 Compared to other Agents in Valorant, Killjoy’s skills require more effort and time to master. You will have to get well acquainted with all of them in order to use her strengths effectively. Basically, her abilities are roughly between Cypher and Raze, though they inflict a slightly lesser amount of damage. The fact that Killjoy is the only third Sentinel Agent to be featured in Valorant as of now makes her even more special. She has some special abilities that enable her to use high-tech instruments and robots to acquire information and attack as well. Here, we will cover everything you need to know about Killjoy, her abilities, and the way to use them most effectively.

In Valorant, Killjoy’s Alarmbot is an interesting stealth robot that has the unique feature of being invisible until a foe comes within its range. This triggers the robot like a mine, and it goes off to inflict the opponent with a debuff that makes them vulnerable to twice the damage from attacks, for a duration of four seconds. However, this does not seem much, although it can actually come in handy in the right circumstances.

You should clearly be able to see the robot’s range as a light blue circle when you launch it. You can use this to estimate where to place it – such as near a chokepoint through which foes could come rushing. This could prove to be a beneficial tactic to defend your flank and takedown attacking enemies with significantly lesser risk to yourself.

Apart from this, you may also utilize this ability for information since it notifies you of any other player coming from a specific route when activated. When you need to move it, you can make this ability come back to you.

This is basically Killjoy’s version of a grenade. You can possess a total of two charges, and it will cover two hundred credits. Similar to Cypher’s grenade, you need to detonate it from a distance. Thus, this really is not ideal for fragging. Instead, you could find it useful during carefully planned and strategic missions. Although this ability is capable of inflicting a good amount of damage, it depends a lot on the situation it is used in.

After you trigger it, this ability will cause damage to any player who is too slow to get themselves out of the blast radius. And this is loud and messy enough to attract the attention of other players in the vicinity, so it is not exactly great for stealth either. Adding to this, you cannot recall it. Thus, it would help if you were very careful when choosing to place it anywhere. We advise using this ability together with your comrades. You can use it to produce additional damage on a hot spot on your map. With proper use, you can gain quite a bit from this ability as well.

This serves as Killjoy’s free ability. Basically, like the name makes it clear, this is a turret that can turn and shoot foes in a unique, 180-degree cone-like shape. You will be able to reuse it twenty seconds after you call it back, or forty-five seconds after it gets destroyed. Although this turret faces outside when placed by default, you can adjust its position as per your requirement. That said, it is advisable to position it properly when first placing it. That can help you save some valuable time.

Coming to its stats, Killjoy’s turret possesses a modest 125 units of HP and produces a limited amount of damage. It can shoot bullets in short bursts of three shots each. The time lag between every burst is less than a second. The bullets fired inflict damage of eight units each on targets at a distance of six to twenty or thirty-five meters. At distances greater than thirty-five meters, the bullets deal damage of four units. As a result, it is only useful in specific situations.

This also means that the turret can be irritating to use on enemies at long distances, and not convenient enough for close-quarters combat either. That said, it distracts enemies by providing them with an alternate target for a few moments. You can use this time to your advantage by knocking back attacking foes, positioning yourself better, defending your flank, or targeting your opponents’ flank.

You can even use it as an audio queue of foes operating on your flank. Since it can be conveniently called back, you can use this ability better if your team is on the move. It may only produce a modest amount of damage,  but it can take up some hostile fire and distract your foes for some time.

Behold Killjoy’s ultimate ability! This is a unique device that can emit out of a glowing dome, covering a huge radius. It entraps all the foes that are within this radius. Although they can take it down, you do not require a line of sight in order to use it. As a result, you have more options when you go to place it in certain out-of-the-way places on the map. The dome’s colossal radius comes in handy for controlling areas in your map, or for zoning.

You can consider utilizing its size in other manners as well. For example, you can use it for safety and additionally shoving your opponents into a particular place for the offensive. If you are experienced enough, you can use it to keep foes at bay when dealing with the spike. This allows you to basically control the map in whatever way you wish to!

Apart from this, here are some additional tips that can potentially help you to perform better during missions in Valorant while playing as Killjoy.

That is it for now. We hope our guide will help you have an amazing experience while playing as Killjoy in Valorant. Now, check out our Windows Guides, Gaming Guides, Social Media Guides, iPhone, and Android Guides to read more. However, if there are any queries or feedback, comment down with your name & email ID. We will try our best to reply soon. Also, subscribe to our YouTube Channel to watch awesome videos on gaming and smartphone tips and tricks. Thank you.