Verizon finally started distributing Android 8.0 Oreo for their LG G6 devices. After Galaxy Note 8 and Galaxy S8, Verizon started rolling the Android 8.0 Oreo update for Verizon LG G6. The update on the LG G6 features the latest security patch which means you will get the April 2018 Security patch update along with Android 8.0 Oreo. The new update bumps the software version to vs98820a with build number OPR1.170623.032. 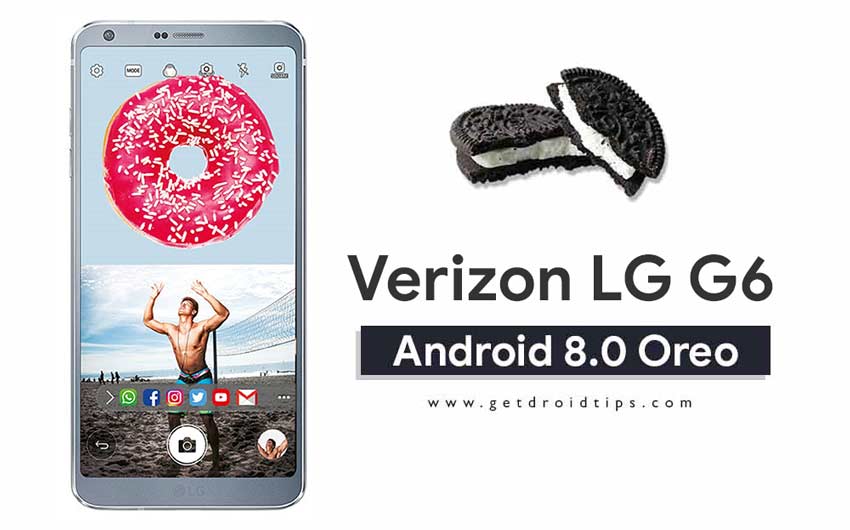 The update is currently rolling via OTA (Over the air) to users. The rollout is in a phase-wise manner, it may take a couple of days or weeks to receive the update notification on your phone. If you are not patient, then you can upgrade Verizon LG G6 to Android 8.0 Oreo with software version vs98820a manually.

How to check OTA update on Verizon LG G6:

If you have the update notification on your Verizon LG G6 phone, then hit the DOWNLOAD button to start upgrading your phone to latest software version vs98820a.

Once if you have all this, you can proceed with upgrading Verizon LG G6 to vs98820a.

In case if you have received the download link to the firmware vs98820a, then you can simply follow our guide to installing the software KDZ file manually.