iOS users are in for a treat with the Wonderbar Jailbreak tweak. Apple hasn’t significantly changed the visuals in iOS for several years. Moreover, without a jailbroken device, iOS users do not have the option to customize or personalize their device in many ways. The Wonderbar Jailbreak tweak is a nifty tweak that allows users to customize their status bar in several ways. Of course, having a jailbroken iOS device is necessary to make use of the tweak.

While jailbreaking an iOS device might pose privacy and security issues, it’s the only way to fully customize iOS devices. In this guide, we’ll be showing you the Wonderbar Jailbreak tweak and how to use it. The tweak requires users to be running iOS 12.0 – 13.4.1. And it should work on the iPhone, iPad, and iPod touch running the mentioned iOS versions. 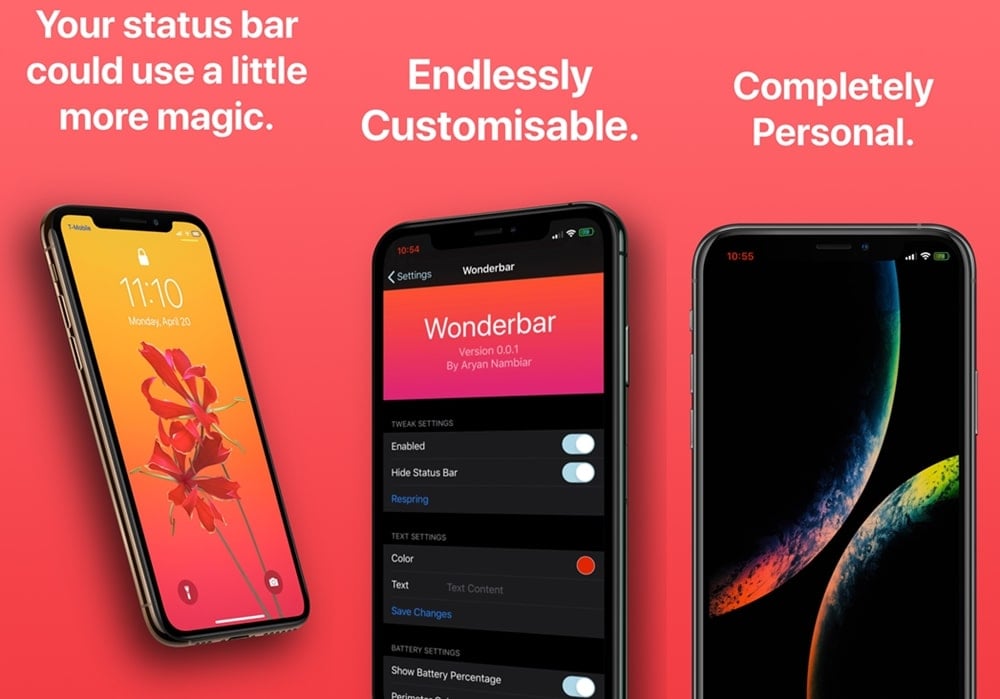 The tweak has a few cool features that are listed below.

By using the Wonderbar Jailbreak tweak, users will be able to customize almost all aspects of the status bar. Therefore, you can change the text color, battery icon, colors, and even replace the time with any other item. Moreover, the Wonderbar Jailbreak tweak has pretty straightforward settings. This means you will not be bombarded with dozens of options and buttons which can often make the experience underwhelming.

The tweak also allows users to hide the status bar if they choose to do so. And you can also enable or disable the battery percentage information. Lastly, you can even quickly toggle on or off the tweak to revert back to the default status bar or vice versa.