2Ksports and Visual Concepts have released another installment of the WWE 2k series, a much-awaited game after two years. The WWE 2K22 is a successor of its last title, and the game has its fanbase worldwide. The intense and challenging gameplay allows players to play more on your system. But soon after the game’s launch, users start to report WWE 2K22 White Screen problems while launching or in between the game.

We all know that the game is new, so it may have many bugs that will resolve by the developers with the help of game patches or update files. One of the recent problems users face is a white screen while running the game on their system. Let’s find out the fix for WWE 2K22 white screen problem with the below methods.

WWE2k22 has more than 1000 different match types and enhancements in the entrance of the WWE superstars. Also, it is available on PS4, PS5, PCs, and Xbox. Furthermore, the developers added an all-new career mode – My Faction- to build users’ character by collecting and upgrading superstars from past and present.

Before moving to the troubleshoot, we first have to know the White screen issue in WWE 2K22. The white screen issue occurs due to the game files getting corrupted or not recognized by your system. The system will identify some games files as an error because the game is not launched correctly and is shown on a white screen.

It commonly occurs while playing other games in your system. Moreover, the white screen issue is also due to server or connectivity errors. Sometimes the issue is rectified automatically from the back end, but if the issue is not resolved, you can apply the below methods to fix the problem.

Sometimes due to server outages, the game will misbehave, and it is quite normal as the WWE 2K22 is recently launched, and due to many users logging in simultaneously, the server may Downdetector because of load. Check the official website or the social media handle like Twitter, Facebook, etc., for any outage information.

Also, various websites like DownDec provide information on server outages in your region. We suggest you wait for some time or till the servers are working fine, then start playing games in your system.

Nowadays, games require an active internet connection to install features and updates. Unstable internet may also create crashing or white screen issues while launching the game. If your system is running on Wi-Fi, turn off the Wi-Fi and connect the internet through the ethernet cable.

It will increase the data speed and stability. You can also track the internet speed from various websites, and if the speed is low, try to restart the router or contact the internet service provider to fix the internet issue.

One of the common reasons is that the WWE 2K22 game file gets corrupted due to a technical issue, or the game is not installed correctly. You can resolve the issue by verifying the game file integrity tool in Steam.

Open the Steam app and go to the Library tab.

Right-click on the WWE 2K22 game and select Properties from the popup menu. 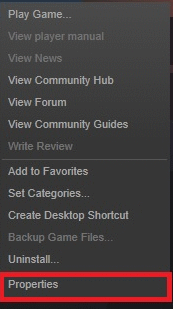 After that, click on the Local File option and select Verify game file integrity. 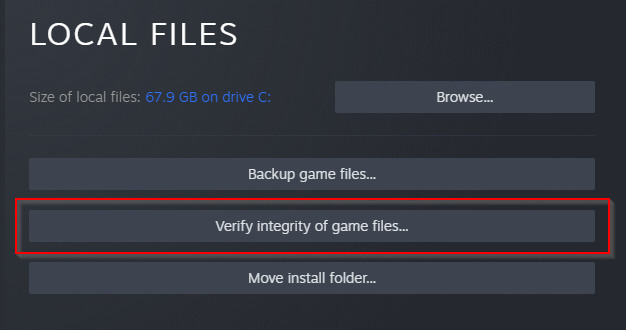 Then wait till it verifies the game file in your system, and it will automatically download the missing or corrupted files in the game folder.

Restart the Steam and play the game and check if it is fixed or not.

As we mentioned above, some of the game files are not recognized by the system, and sometimes the installed Antivirus blocks the game from opening as it will indicate the game as a virus. While playing the game, temporarily disabling or disabling the Antivirus will resolve the issue.

Also, check if your installed Antivirus has the game mode. Then you don’t have to disable the program or right-click on the Antivirus icon from the taskbar and select disable. After that, restart the system and rerun the game.

Outdated graphics driver is also one of the main reasons behind the issue. Every week, we have to check for driver and windows updates to make our system updated and safe from bugs.

Go to the Settings app from the Start Menu and then navigate and click on Windows Update.

Next, click on the Advanced option and then select Optional Update Feature.

It will check for the available updated version. If any update is available, click on Download and install the update or you can visit the manufacturer website and install the latest version of the driver manually.

Some applications like the Discord overlay feature will also be one of the reasons behind the issue. Overlaying the app is always running in the background and stop other app or game from running smoothly. Disabling the overlaying will resolve the above problem. Here are the steps.

Navigate the game overlay option under the Activity head, uncheck the Game Overlay option, and close the application.