Talking about the update, it comes with version number DLTR2004231OS00MQ0 and weighs in around 1.83 GB in size. So, we would advise you to download the update on a stable internet connection. The update also bumps the security patch level to the latest May 2020. Here is the complete information of the firmware:

Notably, the screenshot shared by the users does not include the changelog of the update. But we can confirm that this new update, along with the Android 10 core features, also brings along the JoyUI 11 features like Mi Share, new themes, new animations, new file manager, Shark Space 3.0, and more to the device after the Android 10 update. Ideally, the update has been pushed via OTA and will take some time in hitting all the units. However, for those who want to upgrade their devices, manually can download the update package file from the below section and flash it manually to upgrade to Android 10.

Let us know in the comments below what are all the changes that this new Android 10 based JoyUI 11 update brings in for the Xiaomi Black Shark 2 Pro devices.

New Update on April 29, 2020: Well, in an official tweet, Xiaomi’s Black Shark Twitter handle has revealed that the company is now rolling out the Android 10 based JOYUI 11 update for the Black Shark 2 phone while the same update will be pushed for the Black Shark 2 Pro users, starting from April 30, 2020. For those who do not know, Xiaomi has a gaming lineup that goes by the name of Black Shark, and it runs on the MIUI 11 based JOYUI 11 that provides several tweaks especially meant for the gamers. The JOYUI 11 is meant to bring more features that will not only enhance the user gameplay needs, but it is also focussed to provide a great gaming experience for the Black Shark device owners.

In the official tweet, the company has also clarified that those who missed out to receive the Android 10 (JOYUI 11) update on their Black Shark 2 Pro phones on April 30, can wait to download the update on May 6, which is the scheduled date when Black Shark 2 Pro and Black Shark 2 Pro will push the stable update for all the users. Meaning that this is the first wave of Android 10 update meant for a limited set of users. The update will bring all the features of MIUI 11 along with JOYUI 11 core features as well. Check out the tweet below:

Finally😅😅😅what everyone have been asking for months is here, JOYUI11. Today we will push the 1st wave to certain Black Shark 2 devices and from 30th April, the Black Shark pro. This will be the initial test pushing. From 6th May we will start to push the OTA for everyone. pic.twitter.com/OKOqsEh0J2

Update on April 12, 2020: Xiaomi has its reach on almost all the departments of the smartphone market. Be it gaming smartphones, flagship smartphones, budget smartphones, etc. The company with its versatility have been able to become the market leader and we should also appreciate the Chinese OEMs efforts to keep the devices updated and provide the best user experience to the users. Talking about gaming smartphones, Xiaomi’s gaming lineup goes by the name of Black Shark and the brands two smartphones, i.e. the Black Shark 2 and Black Shark 2 Pro are awaiting Android 10 (JoyUI 11) update to arrive on the units.

For those who do not know, the JoyUI is the custom skin, made for the gaming smartphone lineup Black Shark which is prepared to keep in mind certain gaming aspects and is refined for gamers. JoyUI 11 will be bringing all the latest and new features of the MIUI 11, onboard and users of the Black Shark 2 and 2 Pro are pretty excited to get their hands on this new iteration of the custom UI which is based on the Android 10 operating system.

Black Shark 2 and Black Shark 2 Pro joyUI11 is based on Android 10, it should come before the end of this month.
So far BS2PRO supports widevine L1 and the new coming devices will support is as well.

So, by this tweet, two things are pretty clear and those are one, the JoyUI 11 based on Android 10 will be arriving on the Black Shark 2 and 2 Pro by the end of this month and the second is that the Widevine L1 is only meant for the Black Shark 2 Pro and future Black Shark phones and will be hitting the normal Black Shark 2 phone.

Updated on September 14, 2019: After launching the official Android 10 (aka Android Q) by Google globally, the smartphone OEMs are setting up the beta and stable updates for its compatible devices. Google has already rolled out the Android 10 Q update to its Pixel series devices and Essential PH model. Additionally, the Redmi K20 Pro and Xiaomi Mi Mix 3 are also receiving the beta update via the beta testing program. Meanwhile, rest of the eligible Android device models will soon receive the Android 10 update via batches based on region. Here in this article, we will share details of Xiaomi Black Shark 2 Pro Android 10 Q release date and MIUI 11 features. You can check out the list of devices which are eligible to receive MIUI 11 update. 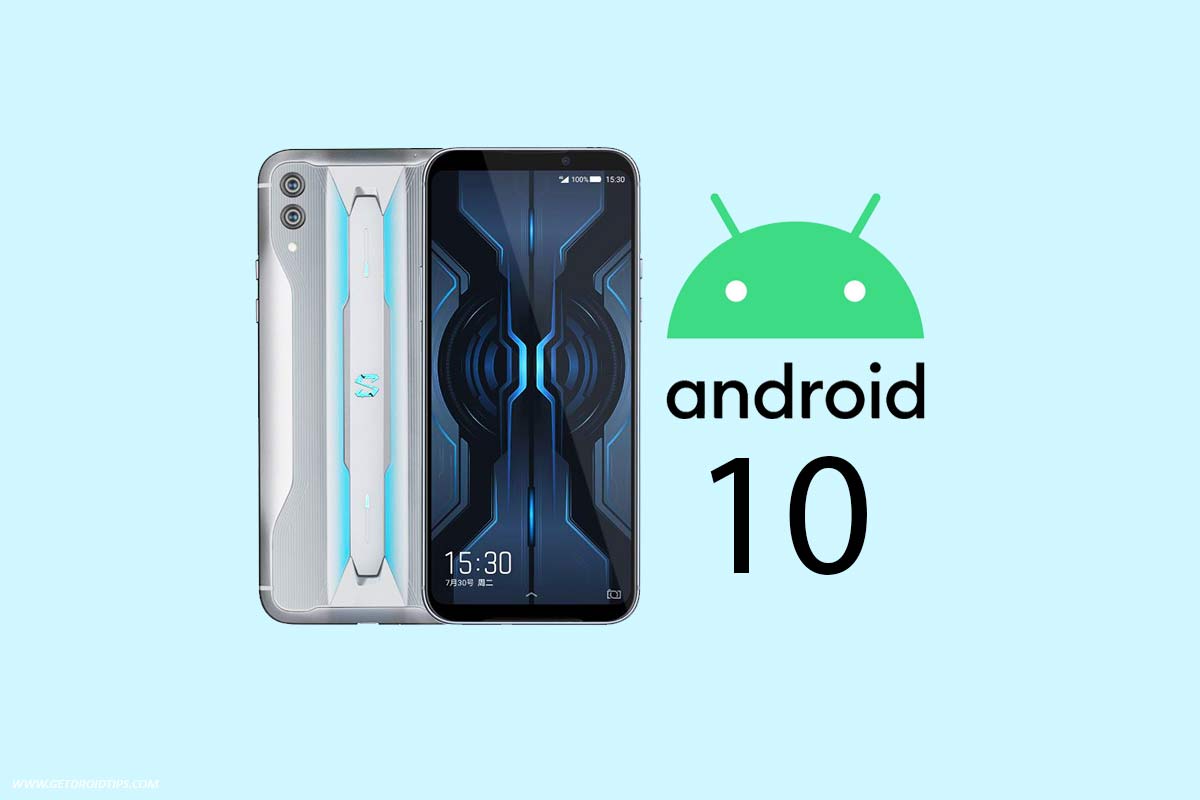 It’s worth mentioning that the upcoming MIUI 11 will be based on Android 10 OS. There is no official confirmation on the Black Shark 2 Pro Android 10 Q release date or even any beta testing process for now. Currently, the developers are focusing on the eligible Xiaomi and Redmi series devices which will get the update soon. So, the Black Shark 2 Pro users may have to wait for 2020 Q1 or Q2 at least to hear any official latest update. Xiaomi is almost ready to announce the MIUI 11 which will be a successor version of the most popular MIUI 10.

It comes with a 6.39 inch AMOLED touch display with a resolution of 1080×2340 pixels. The device is powered by an octa-core Qualcomm Snapdragon 855 Plus SoC pairs with up to 12GB of RAM. It offers up to 256 GB of Internal Storage.

The device has a 4,000 mAh battery with Quick Charge 4.0 technology. In terms of the camera department, the device packs a 48MP primary camera with f/1.75 aperture lens. The secondary 12MP sensor with f/2.2 lens with an LED flash offers autofocus mode. While the front features a 20MP selfie camera with f/2.0 lens. The front camera features AI Face Unlock option.

Hope this article is useful to you. If you have any queries about the Black Shark 2 Pro Android 10 update, feel free to ask in the comments below and wait for more info.