Poco F4 5G was launched in India with Qualcomm Snapdragon 870 SoC and features a 6.67inch full-HD+ AMOLED display that has a 120Hz refresh rate. The device runs on  Android 12 with MIUI 13 on top. Poco F4 sports a triple rear camera setup that houses a 64 MP primary sensor, an 8 MP ultra-wide shooter, and a 2 MP macro shooter.

If you are someone who is wondering whether Poco F4 will get the official Android 13 (MIUI 14) update, then let’s find out. In this article, we will update you on all the Poco F4 Android 13 (MIUI 14) related news, information, and downloads, and guide you to flash the firmware on your device. 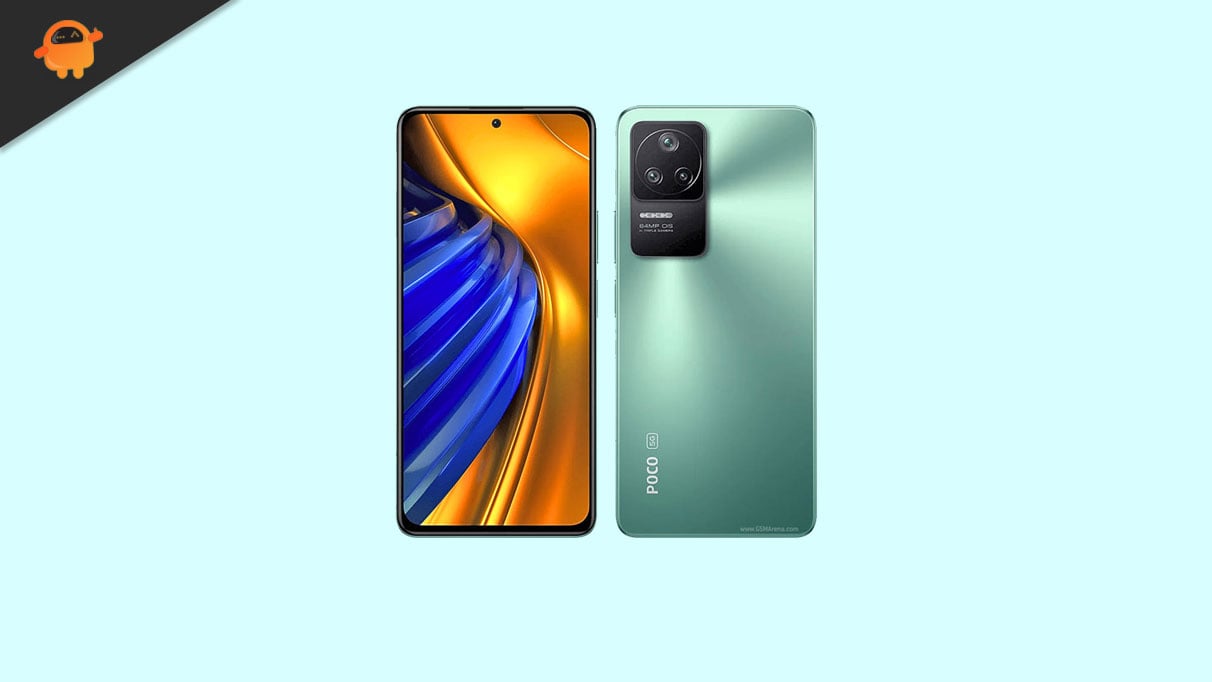 Will Poco F4 Get Android 13 Update?

The Xiaomi Poco F4 features a 6.67 inches AMOLED panel with a 120 Hz refresh rate. It is an FHD+ panel with a resolution of 1080 x 2400 pixels and an aspect ratio of 20:9. The screen has a peak brightness of 1300 nits. Under the hood, we get the Qualcomm Snapdragon 870 processor built on a 7nm manufacturing process. It is an octa-core processor with one Kryo 585 core clocked at 3.2 GHz, three Kryo 585 cores clocked at 2.42 GHz, and four Kryo 585 cores clocked at 1.8 GHz. For handling the graphics-intensive tasks, we have the Adreno 650. The smartphone comes with Android 12 out of the box with MIUI 13 skin running on it.

Regrettably, we do not have any particular release date for Android 13 for the Poco F4. But, you can bookmark this page as we will soon add an update tracker to this page along with respective links. So, just stay tuned with GetDroidTips.