Xiaomi isn’t really known for releasing major Android updates for its devices at a fast pace. However, the company does release MIUI updates for its entire range of smartphones fairly often. MIUI is considered to be one of the most popular non-stock Android skins. Xiaomi usually refines and improves its skin via MIUI updates. The latest version of this is MIUI 12 which brings a host of new features and even an enhanced user experience.

And the Readmi’s latest flagship — the Redmi K30 Pro Zoom Edition has finally grabbed the MIUI 12 stable update. This new skin is based on Android 10 and brings some interesting changes to the UI. The update has been rolling out to a few other Xiaomi smartphones as well. At the moment, the MIUI 12 stable update for the Redmi K30 Pro Zoom Edition is rolling out in China. 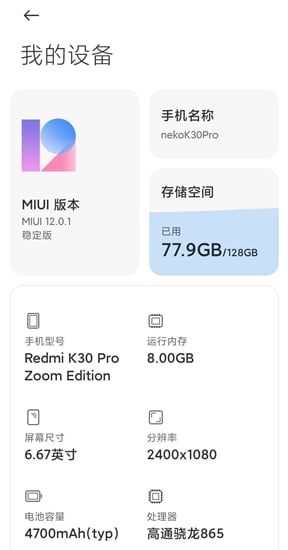 Nonetheless, the global variants of the Redmi K30 Pro Zoom Edition should also be receiving the update within the next few weeks. Users can check for the update by going to Settings > About Phone > Software Update. Wait for the device to scan for the new update and then tap on Download and install it.

Last Updated on July 15, 2020: As mentioned, the new MIUI 12 Chinese stable build is available for the Xiaomi Redmi K30 Pro Zoom variant. It brings improved system stability and reduces the system lag. This update comes with the software version V12.0.2.0.QJKCNXM based on Android 10. Now, all the interested Redmi K30 Pro Zoom Chinese variant users can manually flash the firmware below with the download link.