Taiwanese smartphone manufacturer, HTC has been out of the smartphone game for quite a while now and it will no wrong to say that the company is well, done and dusted with its operations and by the looks of it, it seems like the company will soon go out of services if the present scenario of the company continues. Notably, the thing we are talking about is the lack of innovative products, the addition of new devices to its portfolio, and current mobile operations, including the system updates. And while we are talking about the software updates, there is no clarity on when the company’s 2018 flagship, HTC U12+ will be picking up the Android 10 update.

Well, the devices came back in 2018 and were the company’s flagship for that year, and came with Android 8 Oreo out of the box and have got one firmware update in the form of Android 9 Pie. However, while other smartphone OEMs are sending out Android 10 updates and are prepping up for the Android 11 update which is due later this year, HTC, on the other hand, is finding it hard to even roll out the Android 10 updates for its flagship devices, let alone the mid-range ones.

Annoyed users took to various platforms like Reddit to question the status of the Android 10 update, to which an official from HTC, Julian P. stated that there is no information about Android 10 updates for any of the HTC phones, or if the company will even release one or not.

Regarding your question, the HTC U12 latest update available is the Android Pie (9.0). As far as we know, none of the HTC phones have received the Android 10 update and there is no information on when this update will be released or if it’s going to be even released.

So, going by the response from the HTC Official, it is almost confirmed that the company is finding it hard to sustain in the competitive market and is also not able to push the updates, which is the basic service a user expects from its smartphone OEM. So, we can say that the Android 10 update for the HTC U12+ seems distant and almost not in the cards anymore. However, we will keep you posted if there are some new developments in this regard.

The Taiwan-based electronics company Asus has launched the second generation gaming smartphone called HTC U12 Plus in May 2018. If you’re using the HTC U12 Plus and want to run AOSP based Android 10 Custom GSI, then you can Download and install AOSP Android 10 GSI for HTC U12 Plus.

The Android 10 GSI has been developed by phhusson (Recognized XDA Developer), check out this full guide. A huge thanks to the developer for sharing this and there are plenty of other devices supporting the Android 10 GSI build as well.

Now, you may ask what is GSI? A GSI (generic system image) is a system image with minimal configurations for Android devices. It works as a pure Android implementation without any modifications or changes to the Android Open Source Project (AOSP) code. It can be run on any Android devices running Android 8.1 or higher version due to the Project Treble support. Here we have shared a step-by-step guide below. 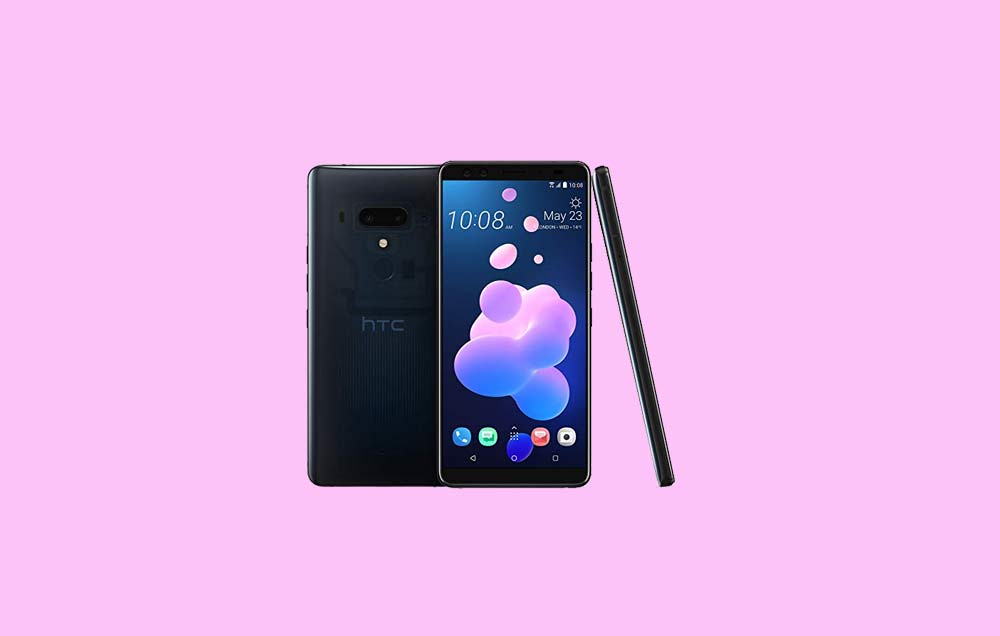 HTC U12 Plus Specifications

Talking about the specifications, HTC U12 Plus features a 6-inch Super LCD6 display with a screen resolution of 2880 x 1440 Pixels. It is powered by Qualcomm Snapdragon 845 SDM845, 64-bit Processor coupled with 6GB of RAM. The phone packs 64/128GB internal memory with expandable storage support of 256GB via microSD card. The camera on the HTC U12 Plus comes with a Dual 12MP + 16MP rear camera with dual-LED dual-tone flash and 8MP + 8MP front camera for selfies. It is backed by a Non-Removable 3,500 mAh Lithium-Polymer Battery. HTC U12 Plus also has a fingerprint sensor on he back.

You can additionally check out the top 10 Android 10 features & details here.

We hope that this guide is helpful to you and you have successfully installed the AOSP Android 10 ROM on your HTC U12 Plus (ime) handset easily. If in case anything goes wrong or if you have any queries, feel free to ask in the comments below.