The Pokemon Scarlet and Violet game was released recently, and the game has got quite popular, especially with Pokemon fans. If you have already progressed through the game, you will realize that there are multiple Pokemon to catch and multiple Tera Raids to conquer. However, these Tera raids are not that easy to win, and you have to plan and alter your game strategy multiple times to win these battles. Today in this post, we will explore Best Grimmsnarl Tera Raid Build in Pokemon Scarlet and Violet.

Grimmsnarl is a dark/fairy-type pokemon that evolves from Morgrem at level 42. In order to use Grimmsnarl in your Tera raid missions, it is important that you first acquire it and evolve it giving the best weapons and abilities sets. This pokemon has several abilities which outpass other Pokemons, such as the prankster ability, which will help you easily win your Tera battle missions. 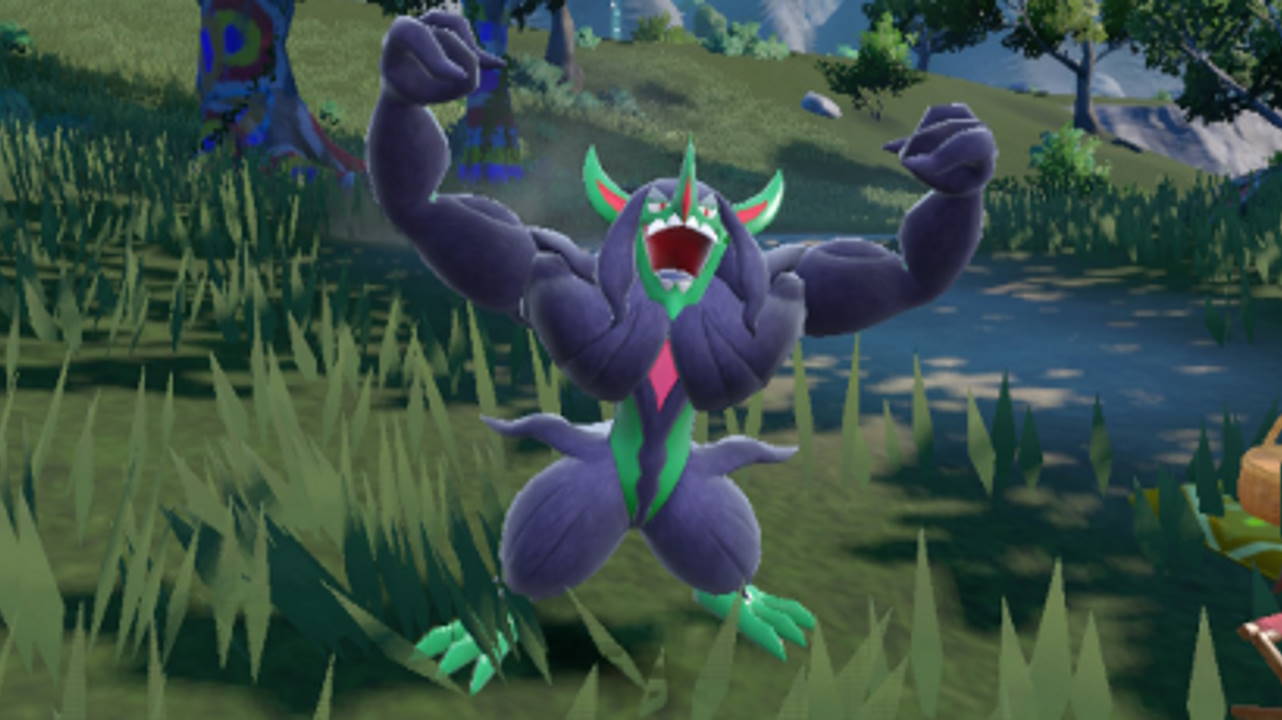 Grimmsnarl is a fairy-type of pokemon and comes in human-like egg groups. There are multiple locations in the game where you get a chance to collect and tame Grimmsnarl pokemon. Further, in levels 32 and 42, you have to evolve these Pokemon to get to a position where you can combat effectively in Tera raid missions. 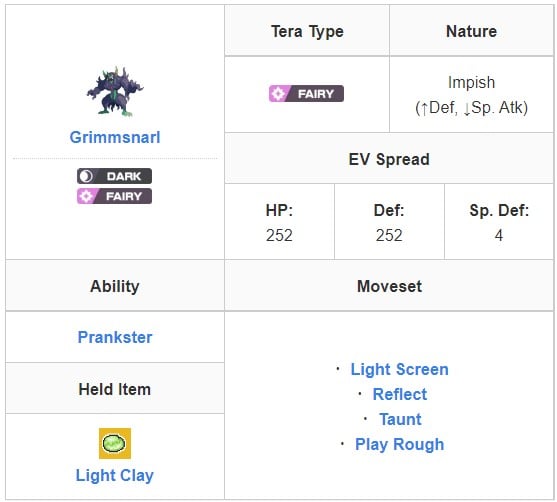 Grimmsnarl is well known for its ability – Prankster. This move will significantly increase the speed priority of states’ moves by one value. However, moves affected by this ability are ineffective against dark-type pokemon opponents. Make sure you choose fairy-type Grimmsnarl as it has immunity against dragon and it also gives boost to its fairly type STAB.

Following are the movesets you can use in the above Grimmsnarl Tera Raid Build:

First, Grimmsnarl should lean towards a bulky defense to help and support your team longer in the field. Now you can max out your defense and HP EVs and add any remaining EVs to special defense attacks. The held item with Grimmsnarl – Light clay will help you reflect the light screen linger longer in the field. This strategy will decrease damage taken by your team while maximizing damage given to your opponent’s team.

Now you can start out Tera Raid Battle by taunting the opponent. This strategy will prevent your opponent Pokemon from using any of the status moves available to them. Afterward, you can set up light screen or Reflect technique depending on the opponent’s damaging stats. In terms of damage, you can use Play rough moveset to deal with continuous damage.