Kingambit is one of the top-line Pokemon appearing as a dual-type dark and steel pokemon in the ninth instalment of the Pokemon series. After defeating the previous bisharp, who held a leader’s Crest, Kingambit evolved into the final form of Pawniard after levelling up. However, other Pokemon have their strengths, but Kingambit has a unique space and capabilities in this instalment.

The only reason I chose Kingambit was its unique capabilities. Aside from its uniqueness, the main reason for the popularity of Kingambit is that it is derived from the most potent bisharp. These are things in the fifth instalment. Kingambit may be the superior Pokemon, but we need clarification when we choose from its different builds. Therefore, we are about to discuss the same concern below. 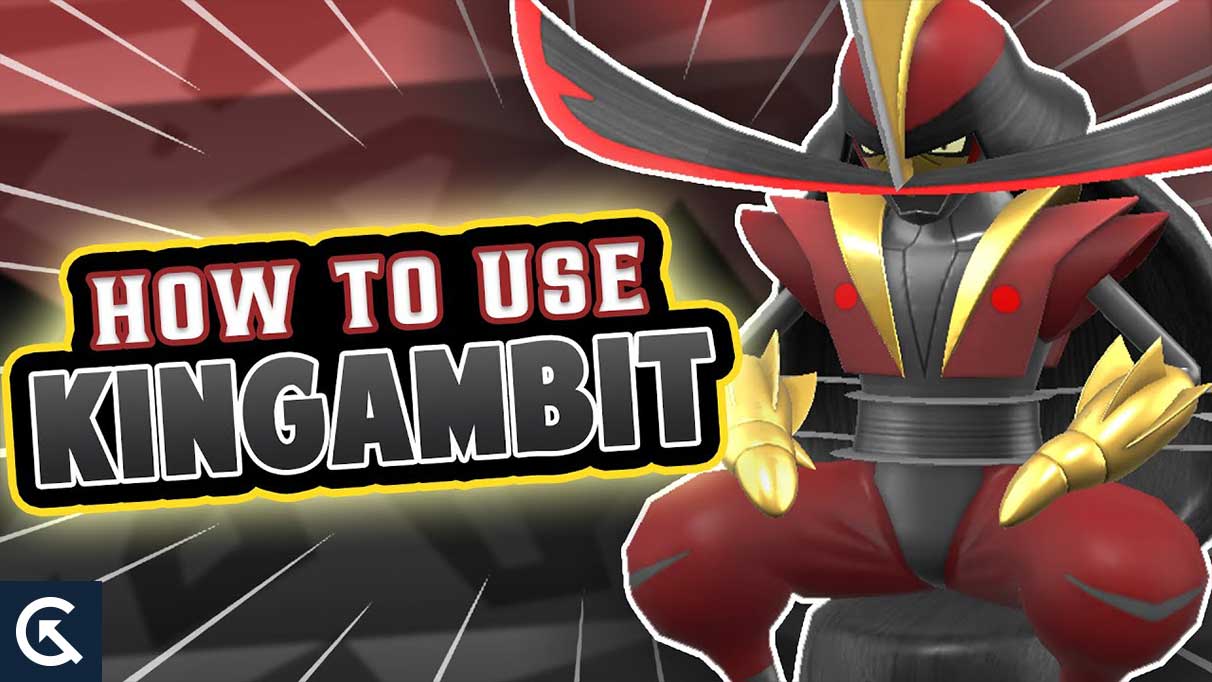 Goals cannot be achieved without planning, according to a wise person. Additionally, even if you have the most powerful Pokemon in Scarlet and Violet, you cannot guarantee victory. Different factors ensure your path to winning here, and players must be aware of them. Among the various factors that strengthen a Pokemon’s ability are its builds. Even though we know Kingambit’s capabilities, we still need a suitable build.

Choosing a suitable Pokemon build has always been a challenge for players. Due to the multitude of builds, players need help deciding which build to choose. As a result, we present this guide to let you know which build is most suitable for Kingambit. But before that, let’s have a look at the stats.

You are probably eager to learn the right build for Ranked Battle Royale after reading these Kingambit stats. As a result, we tried to find the most optimal build. In other words, we analyzed the gaming industry and shortlisted one specific build many professional gamers recommend. So, without further ado, let’s check out the most impressive builds below.

Additionally, you can consider Kowtow Cleave, Iron Head, Brick Break, and Sword Dance as superior movesets. Set up Kingambit (Sweeper), Amoonguss (Support), Armarouge (Special Attacker), and Garganacl (defense pivot) as a team to complete the setup. Here you will get a lot of help, but if you still have questions, please ask them in the section below.