Sledgehammer Games and Activision did come up with a 2021’s first-person shooter COD franchise video game called ‘Call of Duty: Vanguard‘. It’s available for PC, PS4, PS5, Xbox One, and Xbox Series X/S platforms. Though the title has received plenty of good reviews for the PC version, it seems that the Call of Duty Vanguard game has some issues with the peripherals like Keyboard Not Working or Lagging quite often on the PC which affects gameplay badly.

Now, if you’re also facing the same issue on the PC then make sure to follow this troubleshooting guide completely to fix it. Most of the reports are claiming that after some time of launching the COD Vanguard game, the keyboard starts lagging, and sometimes it doesn’t work at all. Though there are lags or stutters in the gameplay right from the release, the PC peripheral issue seems quite new. Whereas some players are dealing with mouse lags too. 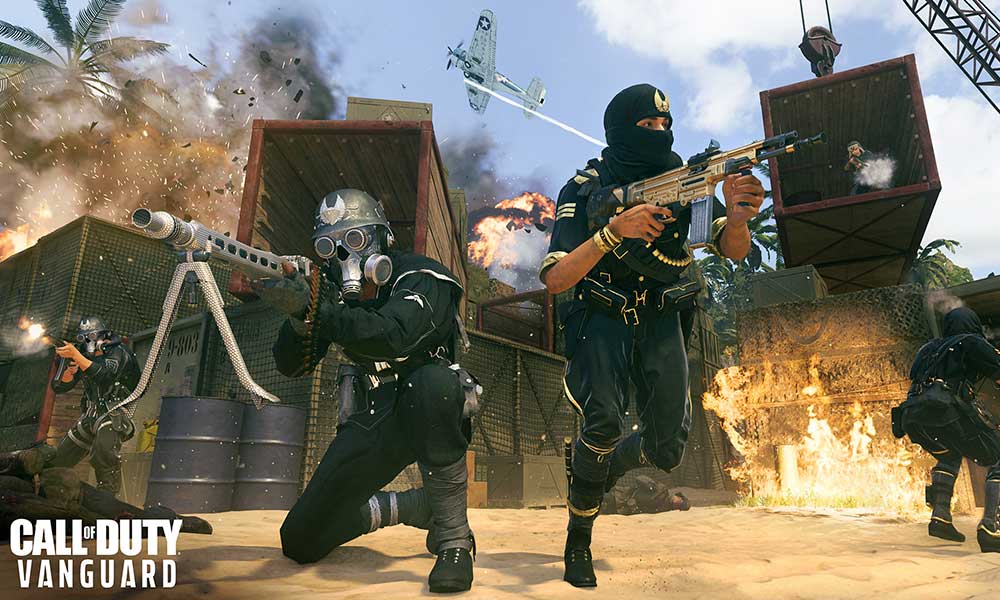 Well, there are some possible reasons behind the lagging or stuttering issue with the keyboard during the Vanguard gameplay. The chances are high that somehow outdated keyboard driver, issues with the installed game files, outdated game patch version, incorrect in-game settings, etc troubling a lot. Sometimes keyboard connectivity issues, overlay app issues, incompatible DPI settings, other connected peripherals, etc can be a reason.

Here we’ve shared a couple of possible workarounds for you that should gonna come in handy. So, without further ado, let’s jump into it.

Note: If the problem still persists then make sure to do the same steps for the Human Interface Devices (HID) too from Device Manager. You should find the keyboard input device driver there.

The chances are high that somehow the background running overlay apps are consuming a lot of system resources without your intent which can trouble you. Overlay apps are useful enough for in-game chat, screenshot, screen record, streaming, etc. However, if you’re not using it every time then just disable it properly. To do this:

Also do keep in mind that you should disable some other overlay apps like MSI Afterburner, Rivatuner, RGB software, or any other third-party overlay apps that run in the background always. It might fix the Call of Duty Vanguard Keyboard Not Working or Lagging issue.

An outdated Windows OS version or the system build version can eventually trigger multiple issues with the software performance as well as the program running. It’s better to update the system to its latest build always. Though the Windows system can automatically download the update and notify users to install the same as per their preference, sometimes it’s good to manually perform the steps. To do that:

Sometimes missing or corrupted game files on the PC may not throw out any major error notice or crash but it may conflict with the game running properly. In that scenario, you might verify and repair the game files by following the steps below. We’ve also provided an in-depth guide to repairing installed game files on the Battle.net client which is specific to Blizzard and Activision exclusive games. To do so:

You should also try updating the COD Vanguard game via the Battle.net client on the PC to fix multiple issues with the compatibility or performance. To do that:

In some cases, it’s better to reduce the resolution of the in-game graphics and lowering other graphics-related options like texture, shadows, depth effect, and more so that the system and its peripherals can work properly.

Make sure to simply disconnect other unnecessary peripherals or USB devices such as a printer, controller, webcam, additional keyboard or mouse, USB flash drives, external storage drives, etc. Sometimes USB peripheral devices may conflict with the system performance or the game performance.

9. Run the Program in Compatibility Mode

The chances are high that somehow the current version of the game patch has some bugs or issues with the compatibility on the PC. In that case, you should try running the program compatibility mode for the game to check if it works fine or not. To do this:

Sometimes performing a clean boot on the system will ensure that there are no programs conflicting with it in the background whenever you boot up Windows. Some programs or their services may start automatically in the background without notifying you after starting Windows which can trigger several issues with the performance as well as other heavy programs running. You should perform a clean boot by following the steps below:

It should fix the Call of Duty Vanguard Keyboard Not Working or Lagging issue on the PC.