To begin with, LeEco Le Max 2 (codename: x2) launched in April 2016. The phone came out of the box with Android 6.0 Marshmallow.. In this guide, we will show you which are the best custom ROM for LeEco Le Max 2 available now.

Talking about the specifications, LeEco Le Max 2 features a 5.7-inches display with a screen resolution of 1440 x 2560 pixels. It is powered by Qualcomm MSM8996 Snapdragon 820 processor coupled with 4/6GB of RAM. The phone packs 32/64/128GB internal memory. The camera on the LeEco Le Max 2 comes with 21MP and 8MP front shooting camera. It is backed by a Non-removable Li-Ion 3100 mAh battery with Fast battery charging: (Quick Charge 2.0). It also has Fingerprint sensor on the back. 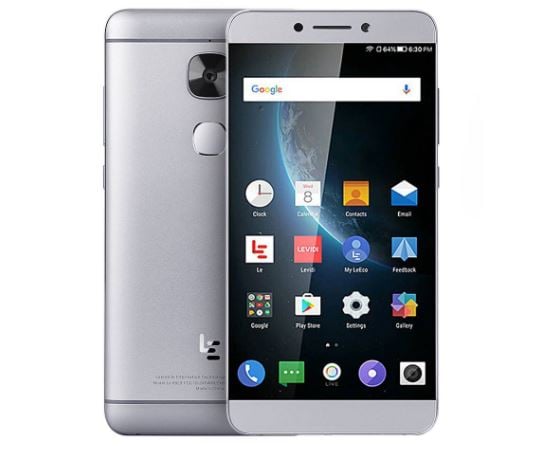 If you have TWRP, then you can simply flash one of the best custom ROM for LeEco Le Max 2 here. As we said, there are many custom ROM out there to choose from. Not every Custom ROMs are mean to be stable to use as a daily driver. You can read the description and the features that come with the custom ROM given below for LeEco Le Max 2 devices.

Nitrogen OS is the latest Custom ROM which brings amazing feature with Stock Android experience just like Pixel smartphone. You can follow our guide to install NitrogenOS on LeEco Le Max 2.

You can follow the link to Install Lineage OS for LeEco Le Max 2 device.

OctaviOS is an AOSP based rom focusing on Unique and Smooth UI with handy features. OctaviOS is reborn of pie-based PearlOS.

DotOS is a simple abbreviation of the term Droid On Time Operating System. The ROM is developed by XDA Junior member shake_me , in XDA forum. The main developer behind the dotOS community and team members are: Ganesh Varma and Kuber Sharma. The ROM brings many new tweaks and features and also merged some features from Best Custom ROM.

Liquid Remix ROM is an age custom ROM developed by XDA Senior member liquid0624 (formerly known as Ryan), along with other devs Apophis9283 (Steaven), Wrongway213 (Tyler) and community contributors. The ROM is an open source built from scratch and developed by the essence of adding many features from all the best ROMs out there.

RevengeOS is an aftermarket firmware based on AOSP. We are dedicated to fast, stable, and minimal customization rom, honesty and communication with our users, and openness with our code, Hope you will enjoy it.

As the name suggests, ROM brings the real Google Pixel experience on LeEco Le Max 2 (x2). It has all the features and applications which comes out of the box with Google Pixel smartphone. Now you can experience the real Pixel Smartphone with this ROM. With this ROM, you can enjoy

That’s it! I hope you have installed the Custom ROM for LeEco Le Max 2. Leave a comment or feedback down below. Thank you!.

I hope this guide was helpful to find the Best Custom ROM for LeEco Le Max 2 which is suitable for you.

Want to revert back to Stock ROM, Check out this tutorial on How to Install Stock ROM on LeEco Le Max 2