Fatshark recently released Warhammer 40,000: Darktide as a first-person action-adventure multiplayer video game that’s all set in the Warhammer 40,000 universe. Though the game is new in the market, it has received plenty of positive reviews on Steam due to its stunning visuals & gameplay experience. However, it looks like several players are facing the Warhammer 40000 Darktide Error Code 4001 and 4008 on the Windows PC unexpectedly.

Talking about these specific error codes, the chances are high that Warhammer 40K: Darktide error code pops up whenever unfortunate players are disconnected from the game servers or become unable to join a new game. Whereas even after launching the title, several players are still experiencing such issues. Luckily, there are a couple of possible workarounds mentioned below that should come in handy to resolve such errors. So, let’s get into it. 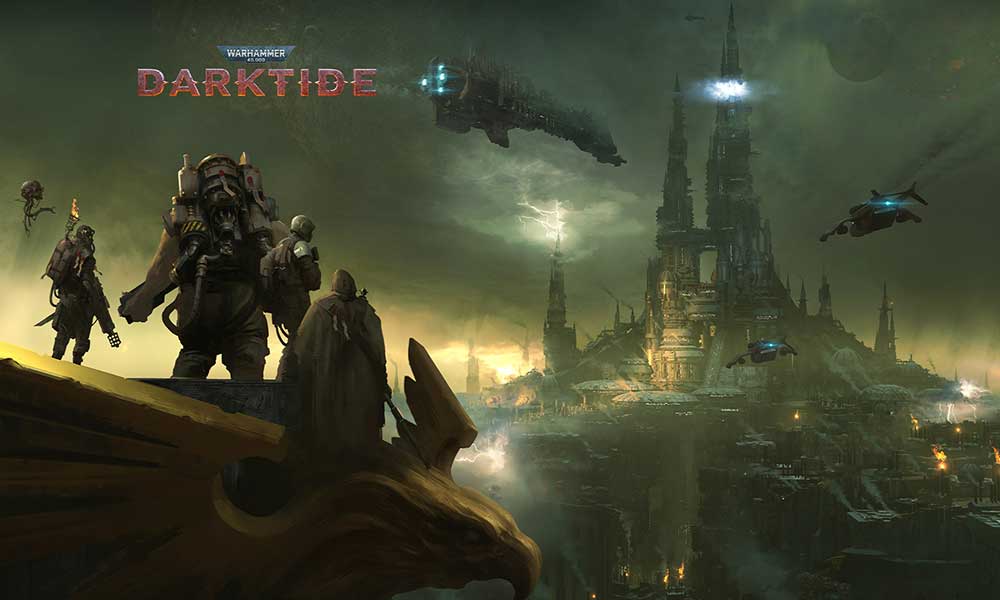 It’s also worth mentioning that there are several players have already tried the following troubleshooting methods and found them useful. So, you can also try them out. But do keep in mind that not everyone might get benefitted from these methods in some cases. Here we’ll share with you two error codes such as 4001 and 4008.

Darktide Error Code 4001 appears whenever Warhammer 40K Darktide players are getting disconnected from the server or somehow the game server prevents players from joining a party. It looks like most of the Xbox Game Pass subscription players are getting affected by this Error Code 4001 on the PC after completing the tutorial. This error code might appear due to the server-side error or overloaded server capacity at the same time.

The error code 4001 appears during the ‘Hot join party hub failed’ issue and whenever joining other players in the matches. It’s always a better idea to follow the troubleshooting methods below as some players have found this guide helpful.

1. Run the Game as an Administrator

It’s worth mentioning that the Steam launcher can also be run as an administrator in the same way.

You can try disabling the Windows Firewall and Antivirus program on the PC by following the steps below to avoid multiple issues whatsoever.

Then you can try turning off the Windows Defender antivirus program on your PC to ensure there is no antivirus software blocking the game files to run properly. To do so:

Please Note: If you’re using any other third-party antivirus program on your PC then turn it off from its settings menu.

5. Check the Connection Settings of the Host

You can try checking out the connection settings of the party host to ensure there is no issue with the game running on the PC. Some of the affected players have mentioned that waiting for a couple of hours and retrying did fix the issue for them.

The ‘failed handshake timeout’ Error Code 4008 is another common issue for the Warhammer 40K Darktide players on the PC. There are a couple of players who mentioned that disabling the firewall or disabling the VPN might fix the issue most of the time.

First of all, you should try disabling or removing the VPN service from the PC/router to ensure there is no issue with the game launching. VPN services might connect to different region server but increases the ping delay or latency which will eventually trigger game connectivity, lags, stutters, and more.

Next, you can try closing other unnecessary background applications from Task Manager to free up CPU/RAM up to some extent which can help the game to run easily. To do so:

It’s highly recommended to verify and repair the installed game files on the PC by following the steps below which can help the game files to run properly.

4. Check for the Internet Connection

If none of the methods come in handy then make sure to uninstall and reinstall the game on the PC by following the steps below. Sometimes issues with the corrupted game application or file can trouble you a lot which can be fixed quite easily by reinstalling the game.