After the successful launch of Realme C2 as a budget device, Realme has launched another variant – the new Realme C3. The device is already getting so much attention in the smartphone market due to its killer features and attractive design. Realme is known for making budget-friendly water-resistant smartphones. So customers are expecting the new Realme C3 will come with Waterproof certification. However, it is hard to incorporate a waterproof design in such a short budget.

Since many customers are demanding to get a real-life waterproof test on Realme C3 device. So today we will est Realme C3 for both its splashproof and waterproof features. After conducting the Realme C3 waterproof test, we will know whether the device can sustain itself in water or not. 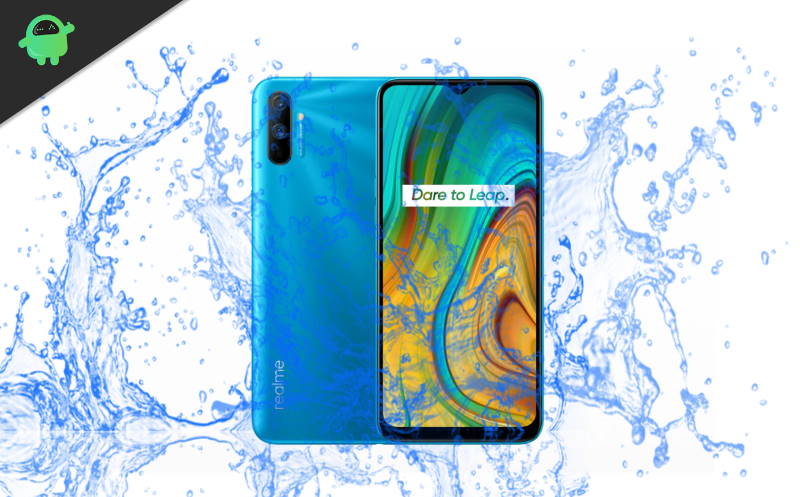 For any smartphone to be waterproof, it must possess a special IP waterproof rating. An IP rating is an international standard that is used to define levels of sealing effectiveness of modern smartphones. These IP ratings are presented in the form of IP, followed by two numbers. Realme has previously launched 5i and 5 Pro device with a splashproof design. We have done Realme 5i waterproof test in case you want to know more.

After checking the official website of Realme, we cannot find any IP67 or IP68 waterproofing rating for the device. So at this point, it is not yet confirmed if the new the new Realme C3 is waterproof or not. We will continue with our Realme C3 waterproof test to confirm the same. 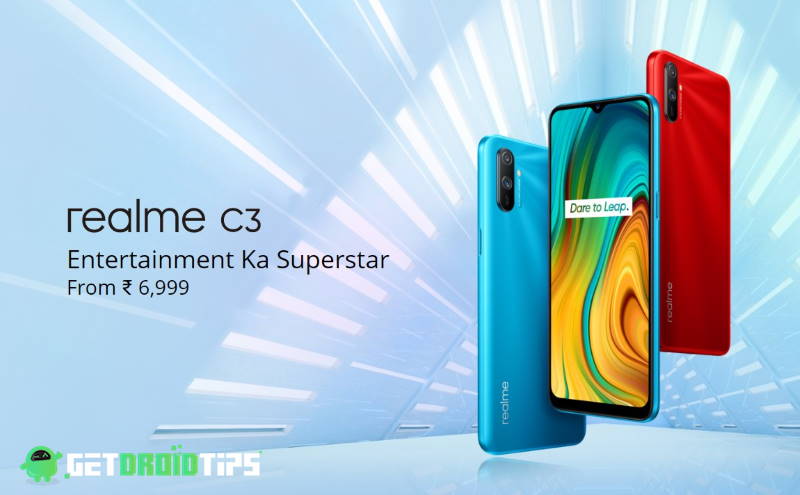 Realme C3 is a budget device launched in February 2020. The device has a massive 6.52 -inch touchscreen with a resolution of 720 by 1600 pixels. Realme C3 is powered by octa-core MediaTek Helio G70 processor coupled with 3GB of RAM. It is equipped with a massive 5000 mAh nonremovable battery and supports fast charging.

As far as the cameras are concerned, the Realme C3 on the rear packs a 12-megapixel primary camera, a second 2-megapixel camera for depth sensing. The rear camera setup has phase detection autofocus. For selfie enthusiasts, it is rocking a 5 MP front selfie camera. Connectivity options on the Realme C3 include Wi-Fi 802.11 b/g/n, GPS, Bluetooth v5.00, USB OTG, Micro-USB, FM radioWi-Fi Direct, 3G, and 4G connectivity.

Since the new Realme C3 doesn’t have any official IP68 waterproof rating, it cannot consider as a waterproof device. However, it might be waterproof and splashproof as well. So in our test, we will test whether the device can hold itself under a splashproof and waterproof test.

After conducting the waterproof test, the device seems to operate normally with no major damage signs. However, there is fog in-camera lens which shows that water has gone inside the device. So it is not properly a waterproof device. But it is splashproof to some extent. When it comes to the dustproof tests, the device has no problems what so ever. Users can use this device easily in dusty environments without getting I/O ports damage.

After conducting the Realme C3 waterproof and dustproof test, we come to the conclusion that the device is not officially waterproof. However with its new design the device still splashproof to some extent. And users can use this device without getting any water damage in case of any accident coffee or juice spills.