In this guide, we will talk about troubleshooting Dropbox not syncing with Windows 10 issues. Dropbox is popular cloud storage. Thanks to technology that when the limited storage on our devices runs out, we can still store our files over the cloud. It is an excellent source of information backup.

Dropbox is the best way to save space on your hard drive, speed up your computer, AND make it easy to restore your files. Also, there’s an option called Selective Sync settings in Dropbox. This feature allows you to only sync those files from the cloud to the computer that you regularly use.

Fix: Dropbox Not Syncing on Windows 11

Recently, many users came forwards and complained that their Windows 10 PC Dropbox is not syncing their data. Also, now they are looking for some potential fixes to get rid of this situation. So, after that, we will decide to bring a guide to fix this issue to help the fixing not syncing issue on Dropbox.

How to Fix Dropbox not Syncing with Windows 10

There can be various issues that may cause the DropBox to not sync with Windows 10 PC/Laptop. We will check that one by one.

Shutdown Your PC and Restart Dropbox

I know you may have already tried this one. But, still, I suggest you give it a shot again. Nothing complicated. Just close your application, hover to the start menu, hit the power button, and select reboot. Then, once your device rebooted successfully, rerun the Dropbox and try syncing. So, if the issue is occurring due to some temporary bugs or glitches, by doing so, it will get resolved.

If you find that while syncing, you are stuck on the not responding window. Then, I’ll suggest you use your Windows Task Manager and end task for Dropbox-related processes. However, to do so, hover to the Task Manager. Then right-click on the process related to Dropbox and hit the End Task button. After you did this, again rerun the Dropbox and check if the not syncing issue gets resolved or not.

Sometimes it occurs just because you are run out of storage. So, it is the most important aspect to check your storage regularly. Generally, you’ll get a 2TB cloud storage plan if you own the Dropbox Plus membership. Meanwhile, for the Basic Plan, you’ll get only 2GB of cloud storage capacity. In most cases, it is noticed that this low storage availability cause this type of problem.

Is the File in use

Check that the file you want to upload in the cloud is currently in use or is open within some other application. If such is the case then the sync will not happen. Close the file first of all and then it should upload to the cloud.

Resume and Restart the Sync

Check whether the folder into which you want to upload your files is corrupt or not. You can try to upload the same file into another Dropbox folder. If the uploading/sync works, this means the first folder is corrupted.

Dropbox generally allows the sharing of files and folders. In case anyone has shared a folder with you then you can sync the files of that folder. however, if that person is no longer sharing the folder, then you won’t be able to access the file or the folder. If the permission has been denied by the original sharer, that means the folder may not be visible anymore and you cannot further sync any file into it.

This issue happens when two folders or files have the same name but with an unused space within the name. For example GetDroidTips.docx and Get  DroidTips.docx. Normally, it should show no error. However, there are reports from suer who have a problem syncing the file due to this issue.

It might be possible that you enabled the selective syncing option, and the file you are trying to sync isn’t selected in that list. So, in that case, you need to follow some steps as mentioned below: 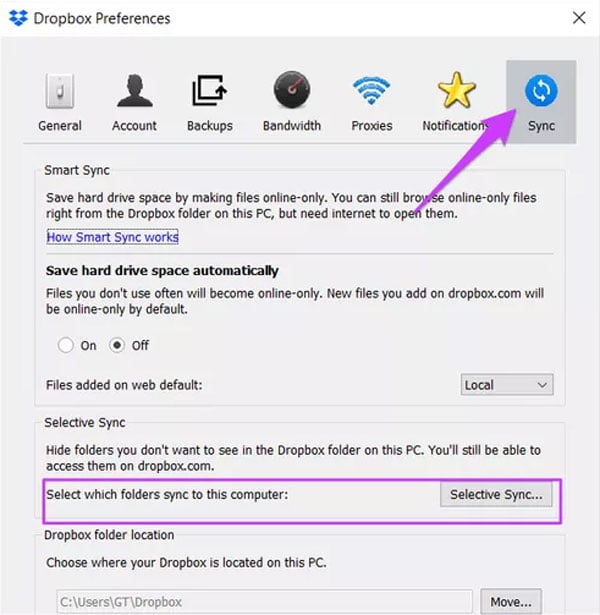 This is a basic checking you should carry out. In most cases FireWall by Windows blocks external applications for safety purposes. So, check if DropBox is blocked by it. If that is the case, then unblock the application and now try uploading your files to DropBox. It should work now.

Also, check if your Anti-Virus program has blocked the application. t may do so if you have installed an application from an untrusted source or the site from which you have downloaded the .exe file also brought along some malware.

This is also an effective fix that many players reported helps them to fix the Dropbox not syncing issue. So, you may also give it a shot. Hence, to clear cache files, follow these steps: 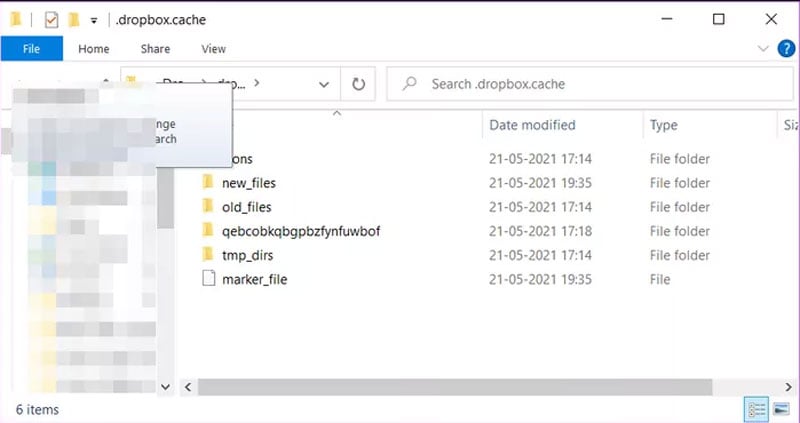 You can also delete the cache file using the Run prompt application. First, open the Run box and type %HOMEPATH%. Then, click on the Dropbox followed by .dropbox.cache.

Well, if everything else did not work, then you can try reinstalling the DropBox application. Stay assured that uninstalling DropBox will not remove or delete the files you have stored in the cloud storage.

So, that was all about some basic troubleshooting techniques to fix the DropBox not syncing issue with Windows 10 PC. We hope that this guide was useful to you.