Back in 2013, Facepunch Studios initially released Rust as a multiplayer-only survival video game in early access mode, and then the full version was released in 2018. Rust players must survive by adopting shelter, food, an environment and saving teammates. Though the title has received thousands of positive reviews, several players face the Rust Crashing issue When Loading or Spawning World on Windows PCs.

Now, if you’re also one of the victims of such an issue, follow this troubleshooting guide to resolve it. The issue has become quite common among PC gamers which are also happening in Rust and other games. Well, it’s one kind of a startup crashing issue or the in-game crashing issue that needs to be fixed manually by performing a couple of workarounds. Luckily, we’ve mentioned all the potential fixes below that should work. 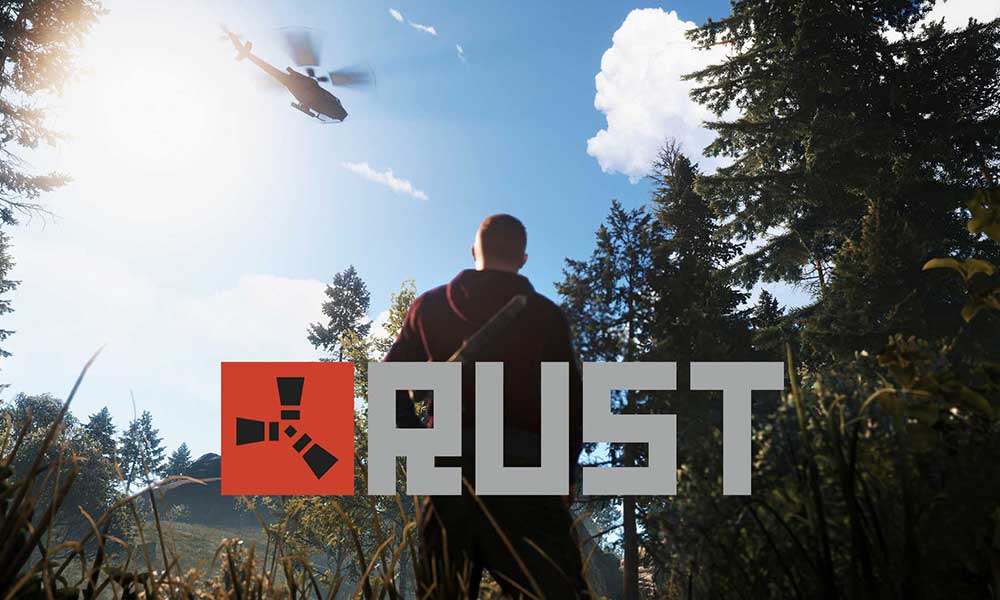 Why Rust is Crashing When Loading or Spawning World?

If we take a quick look at the crashing issue with the Rust game on the PC while spawning the world or getting into the game or even joining the server, the chances are high that some reasons come to the light. The possible reasons might be an incompatible PC, an outdated graphics driver, an outdated game patch version, an outdated Windows version, issues with the DirectX version, missing or corrupted game files, overlay apps, and more.

While issues with unnecessary background tasks, conflicts with the startup apps, blocking with the antivirus or security software, performance-related issues, conflicts with the virtual memory, and more can be a reason behind the crashing issue while loading or spawning the world in Rust. These are the most reported and common reasons that you may also encounter.

Fortunately, we’ve provided you with some troubleshooting methods below that might help fix the crashing issue in most cases. Make sure to follow all the methods one by one until it is fixed. So, without further ado, let’s jump into it.

First, you should check for the system requirements below that will be necessary to run the Rust game properly on your Windows computer. An incompatible system configuration won’t run the game smoothly and might trigger several issues in most scenarios.

2. Run the Rust game as an Administrator

You should also run the Rust game executable file as an administrator on the system to allow the User Account Control (UAC) access. It basically prevents the application to run properly if the required permissions are not granted. You can follow the steps below to grant permission.

Make sure to do the same steps for the Steam client also. It’ll help the Steam launcher to run the game without any interruption from UAC.

You should always check and update the graphics driver to the latest version to avoid potential bugs, glitches, and incompatibility issues. An outdated GPU driver might trigger program launching issues which are required graphics resources to run smoothly on the Windows system. You can follow the steps below to do so:

If you haven’t updated your Rust game for a while and have some issues with launching or connecting to the servers, then follow the steps below to update the game patch version to the latest version. An outdated game version might trigger multiple conflicts that we can’t deny.

Sometimes issues with the corrupted or missing game files on the PC might trouble you with the game launching and connecting to the servers. Verifying and repairing the installed game files on the system is recommended by following the steps below to fix several issues.

An outdated system version can always cause issues with the program launching, system performance, connectivity with the online services, and more. You can follow the steps below to easily check for the Windows update manually and install the latest version.

In some cases, missing or an outdated DirectX version can also occur multiple issues with the game launching and connecting to the servers. You should reinstall the DirectX version on your computer from the official Microsoft website. Just download and install the package from the installer wizard. Remember that you’ll require DirectX 12 or above to run the Rust game properly.

Sometimes your antivirus program or firewall protection on the Windows system can prevent the game files from connecting to the ongoing servers and might prevent the application from launching correctly. It’s highly recommended to disable the security protection temporarily and then check for the issue again.

Next, you’ll need to disable the Windows Security protection on the PC. To do so:

The chances are high that some overlay applications might trigger game launching issues or performance issues whatsoever. You should turn them off to fix the issue by following the steps below:

If in case, you’re unable to find the Xbox Game Bar option, search for it from the Windows Settings menu.

You should also try disabling some other overlay apps like MSI Afterburner, Rivatuner, RGB software, or any other third-party overlay apps that run in the background always.