Rust is one of the popular online multiplayer survival video games developed by Facepunch Studios which was launched back in 2013. It offers stunning graphics, gameplay experience with plenty of modes and that’s why it’s one of the best-rated survival games in the market to date. Online multiplayer games mostly cause issues to the players in many aspects such as connect to the game online, server issues, multiple errors, and a lot more. Meanwhile, Rust players are also having issues with the Stuttering or Lag Spikes quite often.

So, if you’re also one of the victims and want to quickly resolve the issue then check out this article. Here we’ve provided some of the details and possible workarounds that should help you out in most scenarios. It’s needless to say that lagging or stuttering is related to gaming performance and experience. That means players are having so much trouble during gameplay which not only ruins the gaming experience but also becomes more difficult to survive in the gameplay as well.

How to Fix Rust Stuttering or Lag Spikes

As mentioned above, fortunately, there are a couple of ways to fix the lagging or stuttering issues on the Rust whatsoever that literally causes another issue like frame rate drops. So, if you’re getting lags or stutters or frame rate drops in an online multiplayer game, there may be several reasons behind it such as hardware compatibility, server downtime, too many active players during the rush hours, internet connectivity issue, an outdated GPU, and more. 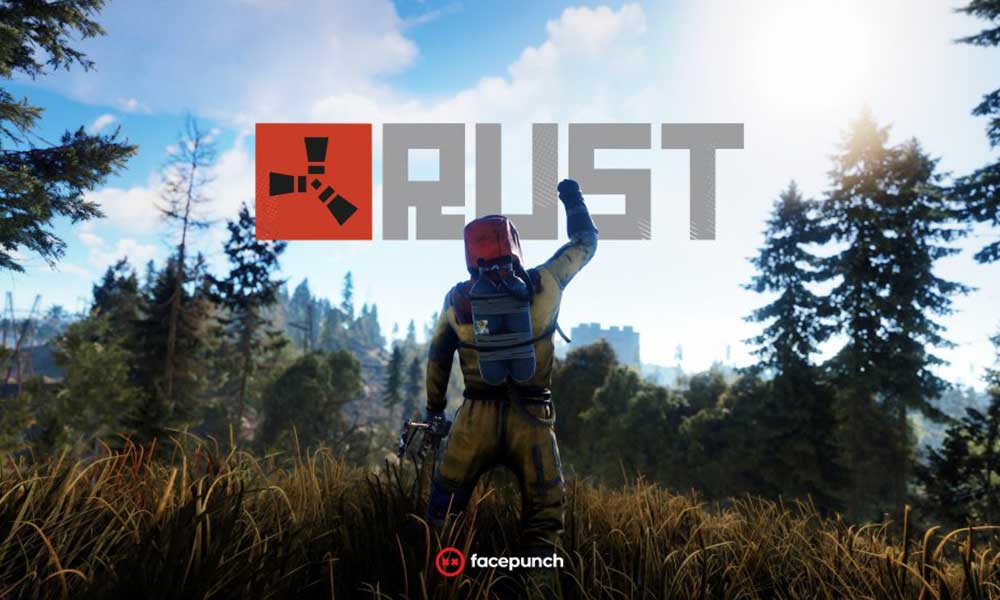 Make sure to check whether the Rust game is compatible with your computer’s hardware or not. It seems that in most cases, PC hardware specs don’t even support the game’s system requirements, and players start playing without even checking the info before purchasing or downloading the game. Maybe your PC configuration is higher enough but you should always cross-check the system requirements.

However, you don’t need to worry about it. Here we’ve mentioned both the minimum and recommended system requirements below that you can check properly.

It’s another most important thing to check out whenever the games start lagging or any kind of performance drop happens. In most cases, an outdated graphics driver version can cause such issues which can be easily fixed by updating your installed graphics driver to its latest version. Some of the users may think that updating the Windows OS build is enough. But that’s not the case every time. To do that:

However, if there is no latest version available, follow the next method.

If in case, you’re using a Wi-Fi (wireless) connection, try power cycling your Wi-Fi router to fix this issue. Just turn off the router > Unplug the power cord from the router > Wait for 5 minutes and plug back the cord in > Turn on the router and check if the problem has been fixed or not.

It’s needless to say that an outdated game version can cause multiple issues with the performance and occurs several errors too. You should always check for the game updates from the Steam client on your PC.

Now, check out whether the Rust Stuttering is happening again or not. If the update isn’t available, don’t worry. Try some other methods below.

Ensure to check out the Rust game servers if you’re encountering server connectivity issues or lagging or frame drops quite randomly. It can possible that your particular game server is either getting full of active players or have some downtime or maybe the maintenance schedule is running in the background.

So, just go to the official Rust Servers List page and check which server has a lesser amount of active players or which server is closer to your region. Sometimes using a different server region can also increase the ping lag which will lead your gaming experience much slower.

This is one of the most recommended solutions by the advanced players of Rust. It indicates that simply adjusting the Rust’s garbage collection cycle (memory management) can fix the unnecessary lags or stutters during the gameplay. So, the affected players have noticed that whenever the garbage collection cycle begins, the lags and stutters appear in the game apart from the higher usage of system resources.

Though the garbage collection cycle changes require a heavy amount of RAM on the computer, we’ll recommend you to take a quick look at Facepunch Studios’ Rust blog and Rust subreddit link once. You can find out the detailed steps there. However, to recall the process, you have to change the gc.buffer convar value to something else rather than the default 256. You have to decrease the garbage collection interval by increasing the buffer value to 2048.

If none of the methods worked for you, try verifying and repairing the Rust game files from the Steam client itself. Though it’s one of the most common things for gamers, sometimes players can’t understand what to do next or they think that the game files are good. But that may not be the case for all and several players find this method very useful to fix multiple errors, crashes, lags, frame drops, etc. To do this: