While you are busy enjoying your favorite games on the Xbox console, you might come across one or two errors as well. We have already shared some handy tips on how to fix the Installation Stopped Xbox One Error or even the Xbox One Error 0x80270300. But it seems there is another error that is bugging quite a lot of users on a frequent error. We are talking about the Xbox One Error 0x87E00064 that has already been discussed over 70 times on the Microsoft Forums. Along the same lines, users are also voicing their concerns with respect to the said error across the Reddit forums as well. Below is just one such example.

Some of the most common reasons as to why this error might occur include when a user is trying to install a new game from the physical media or even via the Microsoft Store. Apart from that, a corrupted temporary folder, blue-ray cache inconsistencies, issues with the firmware file, or problem with the optical drive- all could contribute towards the Xbox One Error 0x87E00064. In this guide, we will address all the aforementioned issues which will ultimately fix the said Xbox One Error. It is recommended to try each one of the mentioned fixes until you achieve success. So without further ado, let’s begin. 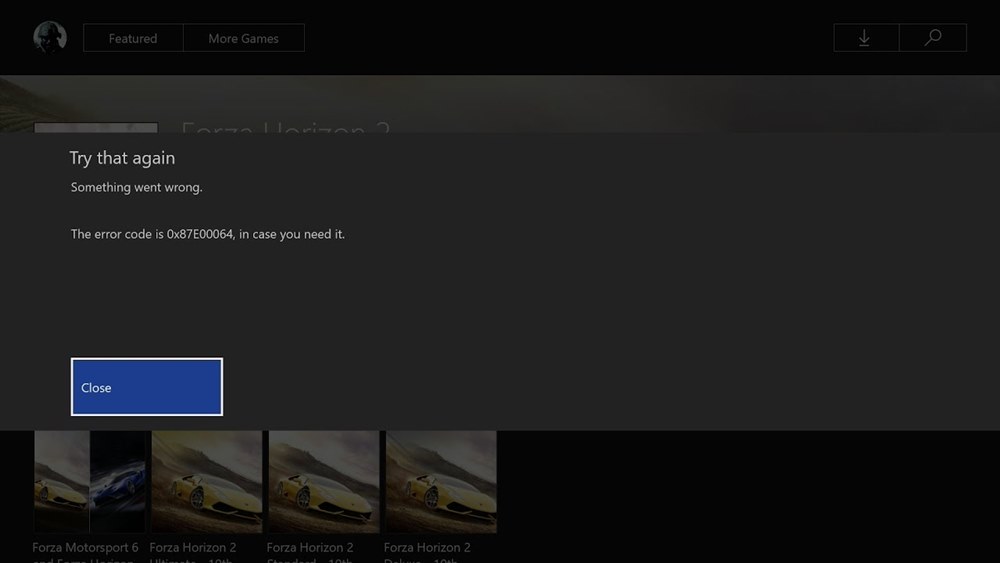 In this tutorial, we will be mentioning four different types of fixes. There isn’t any universal fix, so it is recommended to give every one of them a try until you are able to rectify the issue. Follow along.

A Power Cycling procedure usually fixes most of the Xbox issues and could well rectify this one as well. So before moving on with any of the advanced fixes, you should try out a force reboot. This is how it could be done:

If you are installing the game from the physical media and facing the said issue, then it could be the result of the issues with the Blue Ray app. Along the same lines, the persistent cache might also prove to be the culprit. Therefore two of the most common fixes involve reinstalling the Blue Ray app and deleting the persistent cache. Many users have reported success after carrying out the abovementioned tweaks. Here are the required instructions for the same:

You could also try resetting the console and fixing the aforementioned issue. The following are the required steps in this regard. Do keep in mind that we will be performing a soft reboot, hence all the installed games and their associated data will remain intact.

If the above three methods didn’t manage to rectify the above issue, then the problem might be with the DVD or the Optical Drive. If it is the former, you could purchase a new disk and try the installation. Or if it is due the malfunction of the Optical Drive, then consider getting it repaired at the earliest.

So with this, we conclude the guide on how to fix the Xbox One Error 0x87E00064. We have shared around four different types of fixes, any one of which should fix the issue. Do let us know in the comments which one did the trick for you. Rounding off, here are some iPhone Tips and Tricks, PC tips and tricks, and Android Tips and Trick that you should check out as well.