Samsung finally started pushing their new major OS update; One UI 4.0 for the Galaxy A90 5G based on Android 12. The update is now started rolling around the globe.

As per some reports, it is said to be rolling with build numbers A908BXXU5EVD2 and A908BXXU5EVC1 for users in Europe and will soon reach other users around the globe. With this, Samsung has included the latest April 2022 Security patch, which fixes many security bugs and vulnerabilities.

Being the 12th installment of the Android series, Android 12 creates a lot of hype with its new features, design, UI improvements, and many more. According to the official, they are planning to release the stable version of their latest OS update anywhere soon in the month of August or October month. Meanwhile, every big smartphone venture started rolling out its OS skin based on Android 12 for their flagship segments. Previously, Google stated that this update will be one of the most prominent changes ever made by Google in their OS. This is the main reason behind the hype created for the upcoming updates. 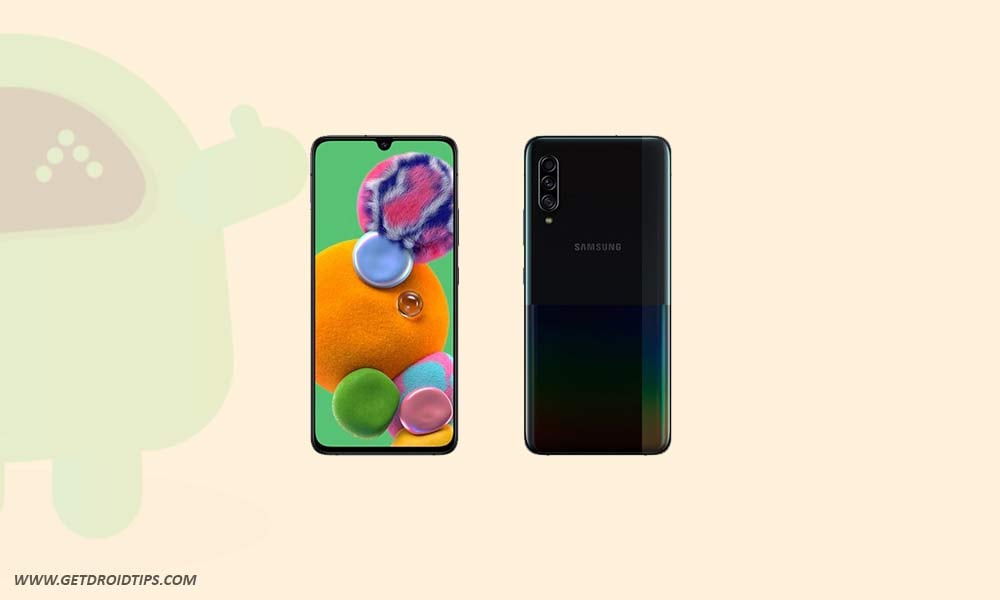 Samsung Galaxy A90 5G was announced in September 2019 which sports a 6.3-inch Dynamic AMOLED display with a screen resolution of 2280 x 1080 pixels with 400 PPI pixel density. The device is protected by Corning Gorilla Glass 6.

Samsung Galaxy A90 5G is powered by a Qualcomm Snapdragon 855 chipset coupled with 8GB of RAM and 128GB of internal storage. The device came out of the box with Android 9.0 Pie under One UI and was backed by a 4400 mAh battery (Non-removable).

As far as the camera is concerned, the device has a Triple-camera setup with 48MP + 8MP + 5MP primary sensors and a Motorized pop-up rotating main camera module for a selfie. Other connectivity option includes 4G-VoLTE, GPS, Glonass, Bluetooth, Mobile Hotspot, accelerometer, ambient light sensor, gyroscope, proximity sensor, and compass/ magnetometer. etc. The Samsung Galaxy A90 5G comes with a fingerprint sensor under the display.

One UI 4.0, which is based on Android 12, brings an entirely new UI design with a simplified color palette feature and the game-changer Android 12’s material YOU design that lets users significantly personalize the look and feel of the UI. The dark mode is now been expanded to all app icons and the camera UI adds ease to use and is better than the last version.

Updated on May 16, 2022: Samsung started seeding April 2022 security patch update for the device with software version A908BXXU5EVD2. The update is based on Android 11.

Updated on April 19, 2022: Today Samsung rolled their first One Ui 4.0 update to the European users with software version A908BXXU5EVC1 and A908BXXU5EVD2.

Steps to Install Android 12 on Samsung A90 5G

Before we get straight to the steps to flash the One UI 4.0 update based on Android 12 on your Samsung Galaxy A90 5G, let us take a look at the pre-requisites first.

Now, let’s look at the Steps to flash Android 12 on Samsung Galaxy A90 5G.