Have you ever tried the Gmail app on your Android device and it keeps crashing? Well, you’re not alone here because plenty of users are also experiencing the same issue whatsoever. According to the reports, the error message says “Unfortunately Gmail has stopped working” on Android devices once it crashes. Here we’ve shared all the possible workarounds to easily Fix the Gmail Crashing on Android Issue.

Things may become worse whenever you compose a mail or read any important mail on Inbox and you start encountering the Gmail app crashing issue which seems frustrating a lot. As mentioned, it’s one of the most common issues for Gmail app users on Android and can be easily fixed by performing some of the solutions below. We should mention that a simple restart of the device can resolve it.

How to Fix Gmail Crashing on Android Issue

Whereas it may also be possible that your Gmail app becomes outdated for a while, the app cache data becomes corrupted, a newly installed update on the Gmail app has some stability issues or just a simple glitch from the system or Google account which can be fixed by removing the Google account and signing back into it. 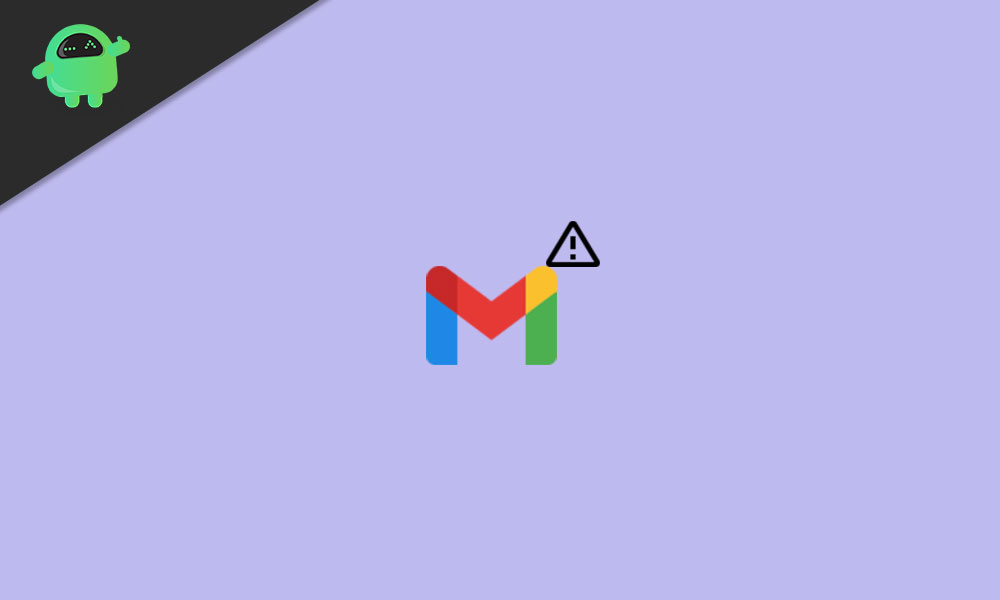 Some of the users have also mentioned that they’ve fixed the problem by reinstalling the Gmail app. So, without wasting any more time, let’s get into it.

If restarting your handset doesn’t come in handy for you then make sure to update the Gmail app. You should head over to the Google Play Store app > Search for Gmail and check whether there is the latest update available or not. Sometimes an outdated Gmail app version can also cause several issues with stability or performance. If the update is available, just install it.

Once updated to the latest version, launch the Gmail app, and check if the crashing problem has been fixed or not. If not, then you can follow the next method.

2. Clear the Cache and Storage of Gmail

The second thing you can do is to simply clear out the Gmail app cache and the storage data from the settings menu to refresh the app cache & storage if anything conflicts with it. Sometimes a corrupted app cache or data can cause such crashing issues. To do so:

Fix Gmail Promotions and Social No Connection error in iPhone

It may also be possible that the recently installed update of the Gmail app has some issues with the stability or has some bugs that basically trigger the app to crash. If you’re also feeling the same thing then make sure to uninstall the Gmail app update by following the steps below:

Read More: How to Block Someone in Gmail in Desktop Or Mobile

Google mostly runs a beta program for some of its applications and Gmail is one of them to offer some new features or improvements before releasing them for the public stable version. Those who’ve enlisted for the Gmail beta program on the Play Store may experience some issues in some cases. Therefore, you should follow the steps below to leave the beta program.

It should fix the Gmail crashing issue on your Android device completely.

Sometimes the app crashing issue on the Gmail app may come with Google account-related reasons. It’s better to simply remove the Google account which is signed into your device and sign back into it again to check if that problem has been fixed or not. To do that:

6. Free Up Storage Space on the device

If you’re not sure whether your device storage has enough free space or not then make sure to check it out. Sometimes a short storage space on your handset may cause app crashing issues, slow performance, etc. Keep in mind to free up storage at least up to 1GB in size. To do so:

You can also use the Google Files application on your Android device to clear out junk files, duplicate files, etc which may take up a lot of space.

The Battery Saver option can come in handy for you if you want to save some extra battery juice at the end of the day or if your device’s battery drains out quickly. If the battery saver option is turned on then you may encounter some issues with the app opening or incoming notifications or even crashing.

Therefore, it’s better to turn off the battery saver option on your Android handset to check for the Gmail app crashing issue.

By performing the ‘Reset app preferences’ option from the Settings menu on your Android device, you’ll be able to restore the app settings to the factory default state. Sometimes improper settings or app configuration can cause multiple issues whatsoever. To do this:

9. Uninstall and Reinstall the Gmail app

Otherwise, you can do the following steps as an alternative one.