Apple is back with another big iPadOS update. They just introduced iPad OS to the world a few days ago in WWDC. iPad OS 14 is Apple’s one of the biggest updates till now for its iPad lineup series. A lot of improvements and changes have been made in this update. So if you want to install the least iPadOS 14 Beta 1 on your iPad without a developer account, then you are in great luck. You can enjoy all the new iPad OS 14 new features.

Apple redesigned the home screen. With iPad OS 14, you will be able to add or remove apps from your home screen. You can also clean the entire screen. You can add “Data-rich” widget on your home screen, which makes sense when you see them, and you can also adjust the widget’s size. This is a way of better organizing your apps. Swiping up will open the app library where all apps are stored in big folders. Now the reactions from your voice, Siri, will not open up on the whole screen, but only one notification will appear.

Apple has upgraded and added many other features as well, which makes Apple’s interface look better. 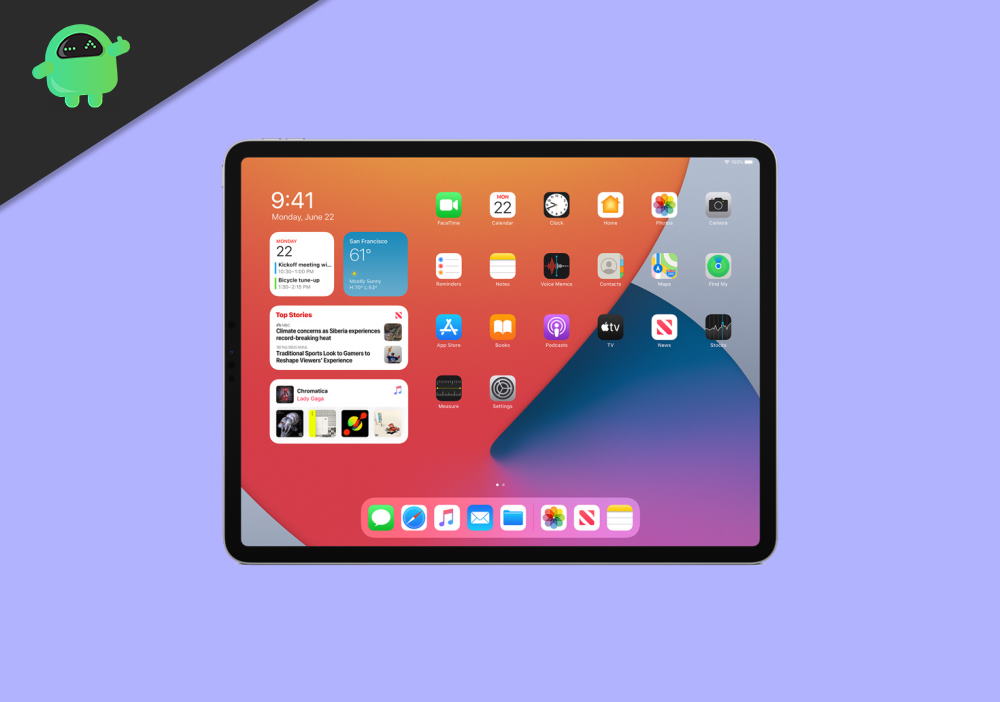 How to Install iPadOS 14 Beta 1 Without a Developer Account

So now, I am going to tell you how you can install iPad OS 14 on your iPad, and YES, you don’t need PC or anything what you all need is your iPad. Even better, you don’t really need to be a developer for this. You just need to get your hands on the beta profile.

Steps to install iOS 14 on iPad without Developer Account

Since this is the beta version and iPadOS 14 is still under development, you might find little bugs here and there. But do not worry, this is still in Beta versions and the final version is yet to come for public use.

Step 1: So, first of all, you gonna need to do is open Safari from your iPad and then open the betaprofiles.com

Step 2: After opening betaprofiles.com, scroll down a little bit, and you will find “iOS/iPadOS”. Click on the download button.

Step 3: Now, it will ask for your permission. just click on allow, and it will download the beta profile.Step: 4. After downloading your profile, Head over to the setting, and there you can see “Profile Downloaded”, click on it.

Step 4: Now tap on ‘Install’ from the top right corner, enter your password and click on ‘Install’ and then on ‘Done’. It will install the beta profile on your iPad.

Step 5: Now go to Settings -> General -> Software update and wait for a profile to show up. It depends upon your internet connection. If it still doesn’t work, restart your iPad.

Step 6: Once you can see your profile, hit on the ‘Download and Install’ button for the update to start. After the download is complete, it will automatically reboot your iPad.

The installation process can take up to a couple of hours or even longer, so make sure you have enough battery or your iPad is connected to the charger.

After the download is complete, it will automatically reboot your iPad, and then your iPad has been updated to iPadOS 14.