Do you want to Install any Custom ROM for OnePlus 5 (cheeseburger) device? then you are at the right place. Here we will list all the Custom ROM for OnePlus 5. If you have a OnePlus 5 device, then you may be knowing that this device runs on Android OS. Well, the biggest advantage of Android is that it is an open-source project. This allows every community to develop and Customize ROM for their phone.

To begin with, OnePlus 5 launched in June 2017. The phone came out of the box with Android 7.1.1 Nougat and later upgrade to Android 8.0 Oreo. In this guide, we will show you which are the best custom ROM for OnePlus 5 available now. 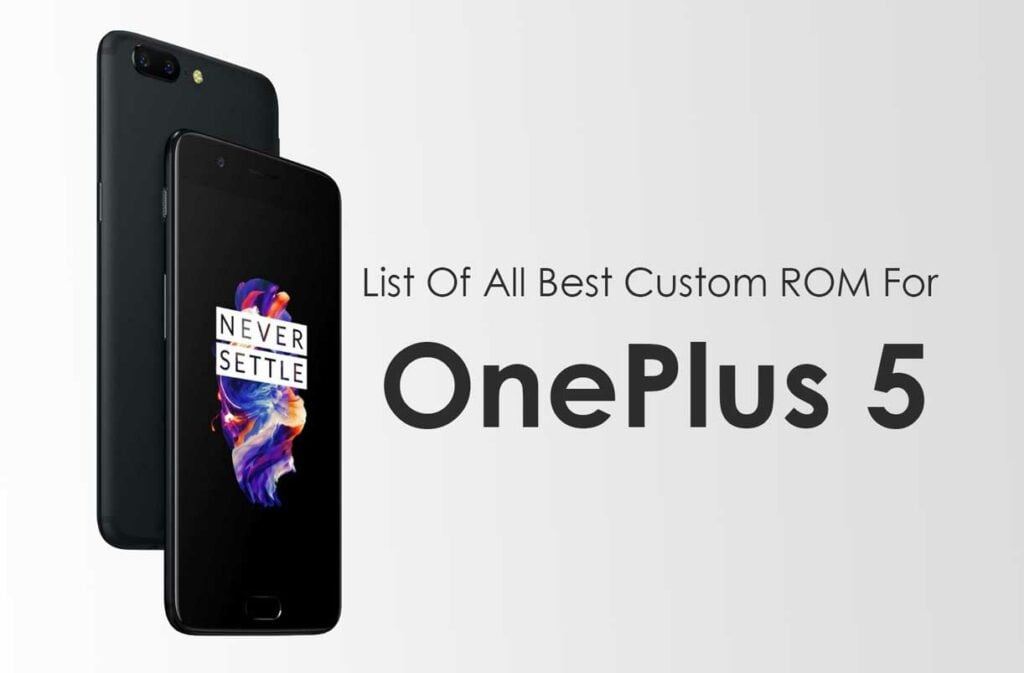 If you have TWRP, then you can simply flash one of the best custom ROM for OnePlus 5 here. As we said, there are many custom ROM out there to choose from. Not every Custom ROMs are mean to be stable to use as a daily driver. You can read the description and the features that come with the custom ROM given below for OnePlus 5 devices.

You can follow the link to Install Lineage OS for OnePlus 5 device.

As the name suggests, ROM brings the real Google Pixel Experience ROM on OnePlus 5 (cheeseburger). It has all the features and applications which comes out of the box with Google Pixel smartphone. Now you can experience the real Pixel Smartphone with this ROM.

Liquid Remix ROM is an age custom ROM developed by XDA Senior member liquid0624 (formerly known as Ryan), along with other devs Apophis9283 (Steaven), Wrongway213 (Tyler) and community contributors. The ROM is an open source built from scratch and developed by the essence of adding many features from all the best ROMs out there. Finally, the developer released Liquid Remix Oreo which is based on Android 8.1 Oreo.

Bootleggers ROM is an aftermarket firmware based on Ground Zero Open Source Project (GZOSP) and brings custom features with the most useful apps on your device, with the goal of “Making you feel like 家”. Using the stability and compatibility of GZOSP, this ROM is also packed with some custom wallpaper (Dawn by fxckingdeathwish), ringtones, and fonts, to bring to your device into a more fresh look, also with a selection of icons, header packs and wallpapers (on ShishuWalls app).

AOSiP OS stands for Android Open Source illusion Project.  It is a quality custom ROM based purely on Google AOSP source since 6.0 release. Twisted with the latest features and blended with stability. We strive for perfection and it shows. Now you can experience the real Android Oreo with this ROM.

Ground Zero ROMs, the ROM development team that brought us the popular custom ROMs Tesla, Tipsy, and Validus, has provided a central Android Oreo repository from which custom ROMs can be built without having to start from scratch (meaning straight from AOSP)

That’s it! I hope you have installed the Custom ROM for OnePlus 5. Leave a comment or feedback down below. Thank you!.

I hope this guide was helpful to find the Best Custom ROM for OnePlus 5 which is suitable for you.

Want to revert back to Stock ROM, Check out this tutorial on How to Install Stock ROM on OnePlus 5