Both the Google Pixel 6 and Pixel 6 Pro models are one of the best smartphones in 2021 if we take a look at the overall device specifications. This time Google has included in-house Tensor SoC for flagship-grade performance with Android 12 and improved cameras. However, there are a lot of bugs or issues present in the Pixel 6 series. It seems that the Google Pixel 6 / 6 Pro Not Showing New Security Patch Software Update issue is one of them.

Now, if you’re also facing the same issue then don’t worry because we’ve mentioned the possible workaround to easily fix it. Although Google is working on fixing these issues quite aggressively, it might gonna take some time to completely resolve them one by one. Recently, Google has released the December 2021 update that has fixed a bunch of bugs but somehow the update isn’t appearing to some of the Pixel 6 series users or not getting installed. 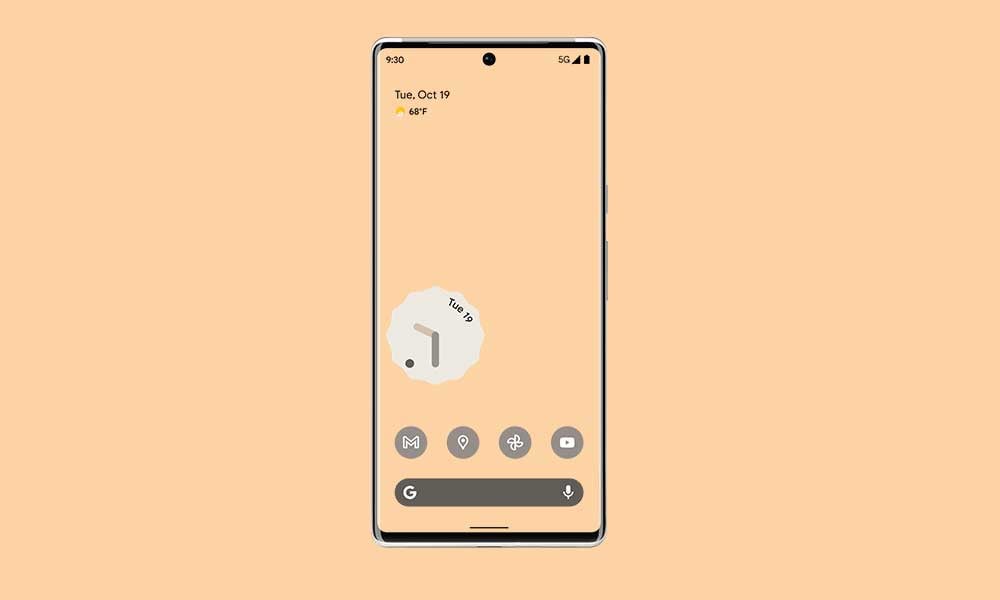 Some affected Pixel 6 series users are reporting that the December 2021 security patch update is yet to arrive on their devices which is quite weird because the year is on the verge of an end. Generally, we didn’t see such issues at least from Pixel users but we’re seeing an exception this time. It looks like that Google holding back the latest December 2021 patch update due to bugs or stability issues.

For further info, you can check out the official Pixel December 2021 update page. Now, the chances are high that Google will release the January 2022 Security Patch update to the Pixel 6 series models with improvements and bug fixes. It’s quite unlikely that Google will release the December 2021 patch update to the rest of the pending units from now on. So, just keep waiting for the next month’s update which will be a better call.

However, if you’re interested in checking out the December 2021 security patch update that comes with a build number SQ1D.211205.017 then you can manually sideload the OTA update on your Pixel 6/6 Pro or even any other Pixel models whatsoever. In that scenario, make sure to follow this guide to sideload or flash the OTA update on the Pixel device easily. Before doing it, make sure to take a data backup so that you don’t miss anything.

Keep in mind that you’ll need to download the Dec 2021 update for your respective Pixel 6/6 Pro model (depending on the carrier) using this official Android OTA Download page to sideload it via the ADB command method. Android SDK should be installed on your computer for sure that can be done using the guide link mentioned above. Otherwise, you can stay away from all of these manual flashing processes by waiting for the next update.