Saints Row is an action game developed by Volition and published by THQ and Deep Silver. It is based on the fictional story of a street gang. The players have to play the game and complete the levels to complete the story. This game evolves into riding and shooting, which is very similar to Grand Theft Auto.

Whenever the level increases in the game, then they will get extra skills in the game. You might be thinking about that at which level and what skills you will get. We are here with that for you.

We are listing Saints Row all skill tiers which you will be getting throughout the game. Along with it, we will be explaining to you each skill that you will be gaining at each level. Make sure to read the whole article to know about it. 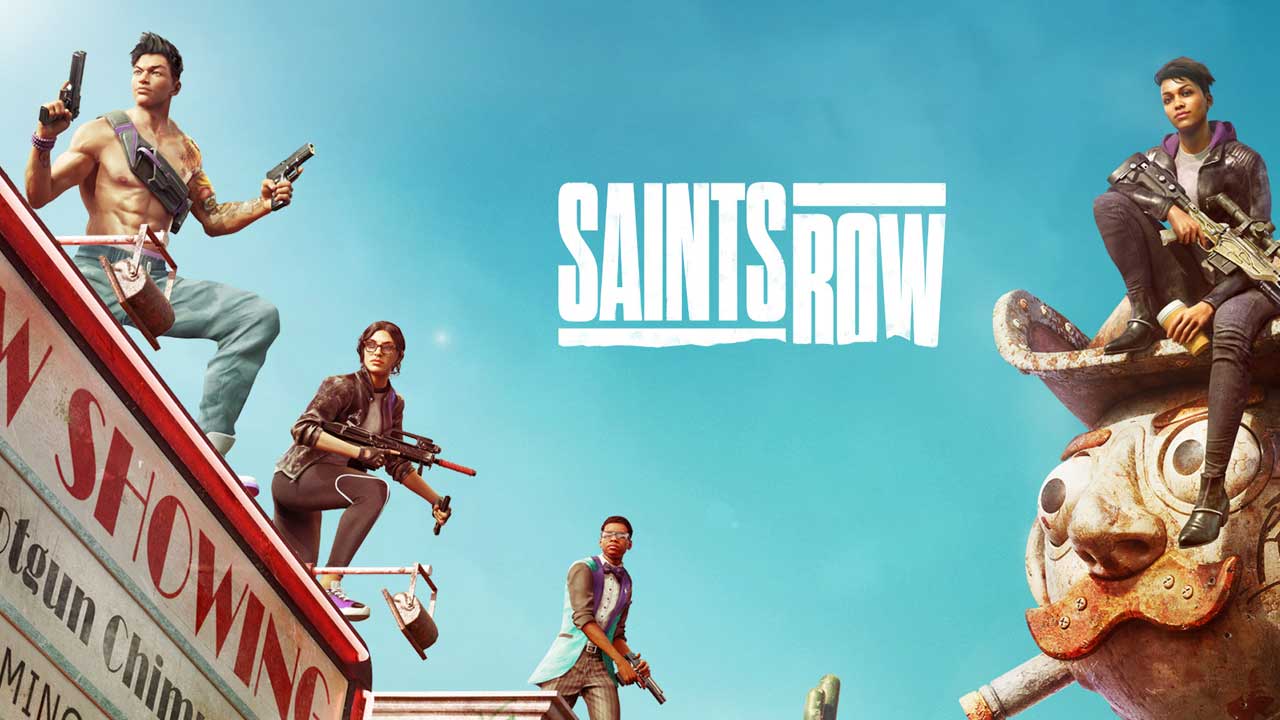 There are basically two types of skills in the game which are known Active and Passive Skills. There is no need to equip passive abilities for them to improve your stats. The passive skills will increase HP and Flow which will increase those metrics. Similarly, Active Skills will grant you strong fighting abilities and weapons. However, you can only have four active skills which can be equipped at once. You can also get the skills by completing a task in which you will obtain at least one skill.

There are different tiers of skills available in the game. We have mentioned all of them below.

Here are the all skills which are based according on the Tier in the game. Make sure to check them out. 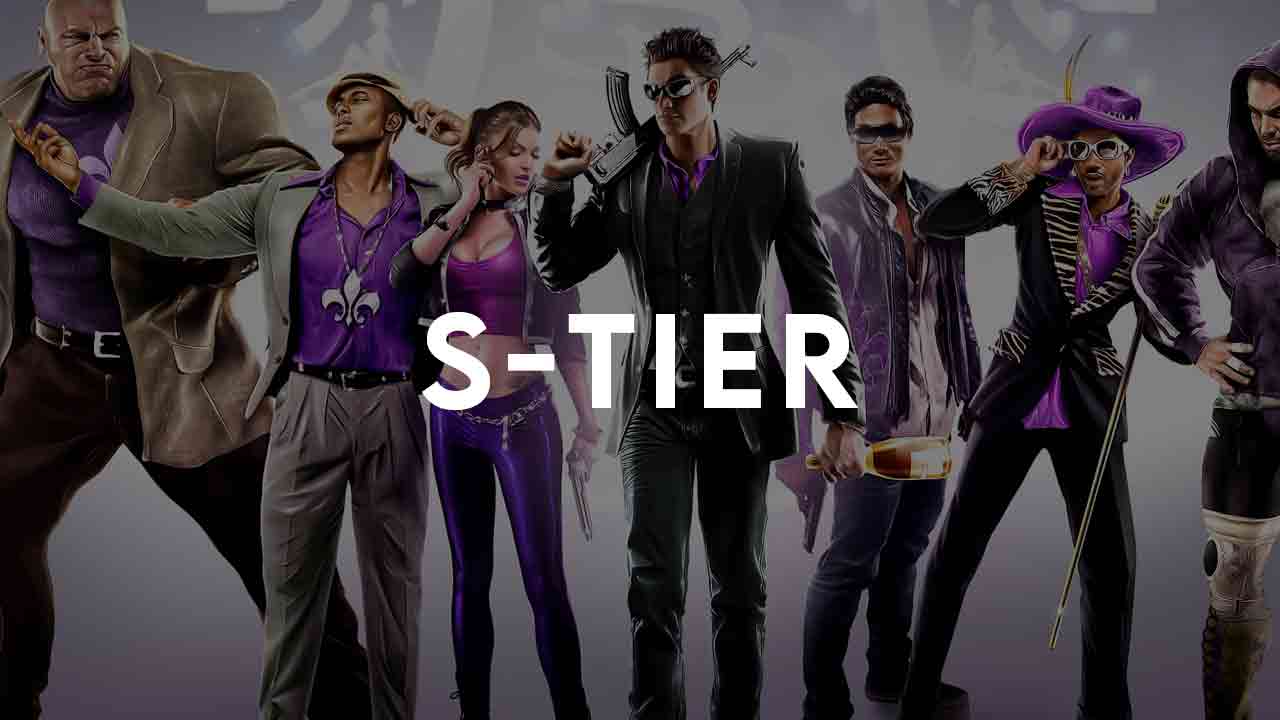 Here are all the skills that you will be getting in the S-Tier. This tier includes the best skills for fighting abilities.

This is one of the active skills. It is used to give damage to your foes and to heal both you and your friends.

It is the active skill that is in the game. You will gain the aid of the Saints when you are in battle.

This is another active skill of S-Tier. This will allow you to see and fire through the walls by using the Quantum Aperture. For doing this, you will be making a window. A great advantage of this skill is that you will be getting increases in the damages.

It is used to draw a deadly sniper in the game. The headshots which hit will explode resulting in harming the enemies who are around them. This is another active skill of S-Tier.

It is another best fighting ability. In this, the player will grab an adversary, then put a grenade inside the pants of the enemy by using this skill to hurt them. It is an active skill of the player. 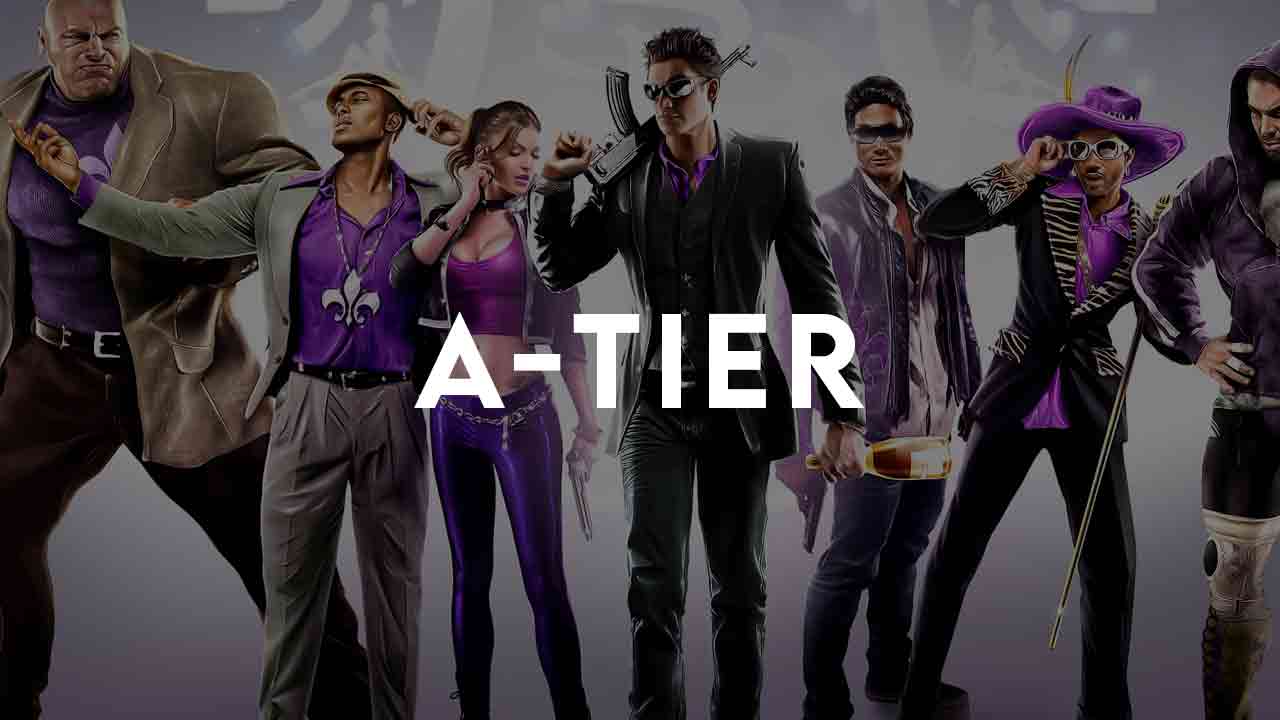 Here are all the skills that you will be getting in the A-Tier.

The Impulse Trap is an anti-gravity gadget that is used to pull the enemy into the air so that you can shoot them there. This is an active skill.

The Quick Draw is an active skill of the A-Tier. It is used to take out a strong revolver and pull the trigger to kill up to four enemies instantly.

This is a passive skill that is used to increase the maximum flow of the player permanently.

The D4th Blossom is an active skill that is used to spin around the gun and shoot everywhere on the map. This is one of the best to give a lot of damage to the enemies.

The Proximity Mine is used to set a mine that will blow off when an enemy is nearby it. When the player installs it, the damage starts to rise continuously. It is an active skill that is very good for the players.

This is an active skill that is used to get a health boost to take enemy damages in the game to ward off the staggers.

The Frag out is used to send out a deadly anti-personnel grenade in the game. It is an active skill.

The Health Upgrade 3 is one of the best skills in the game. It is used to increase the maximum health of the player permanently in the game. This is a passive skill of A-Tier.

The Flow Upgrade 2 is one of the best skills in the game. It is used to increase the maximum flow of the player permanently in the game. This is a passive skill of A-Tier. 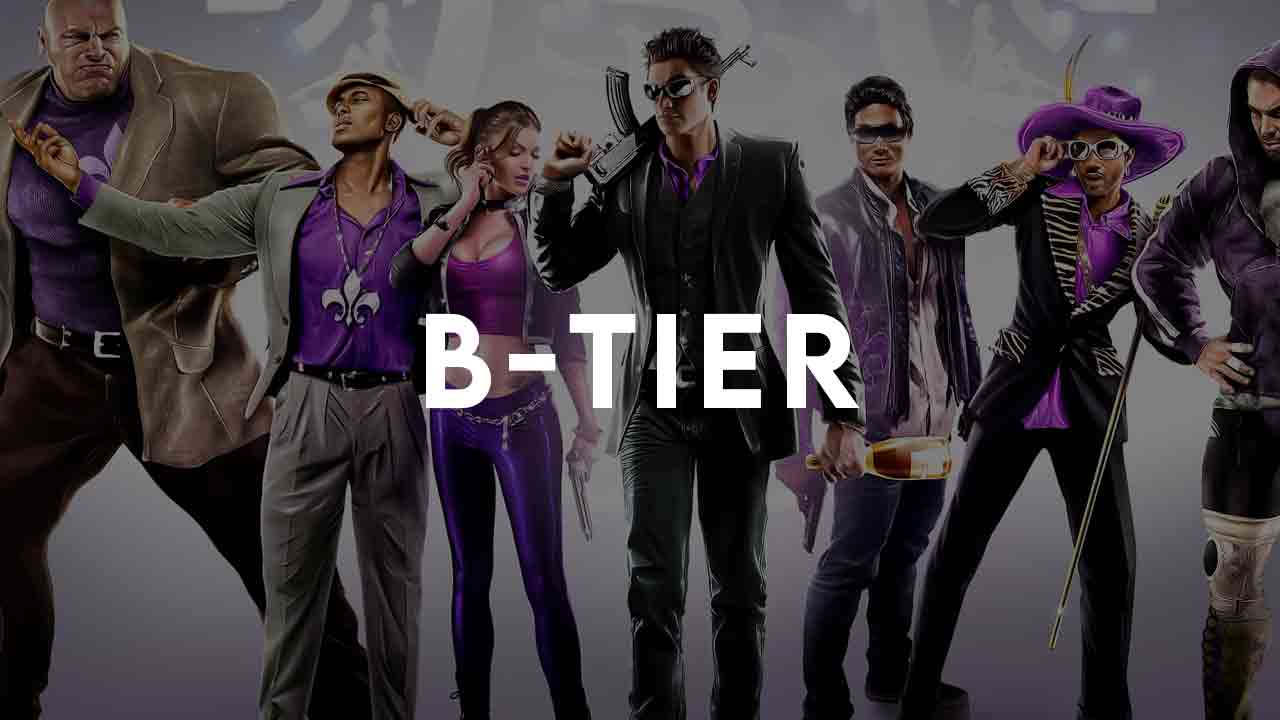 Here are all the skills that you will be getting in the B-Tier.

The Health Upgrade 2 is one of the best skills in the game. It is used to increase the maximum health of the player permanently in the game. This is a passive skill of B-Tier.

This is an active skill that will increase your physical attacks to do extra damage. It is one of the most used skills in the game.

Flow Upgrade 1 is one of the best skills in the game. It is used to increase the maximum flow of the player permanently in the game. This is a passive skill of B-Tier. 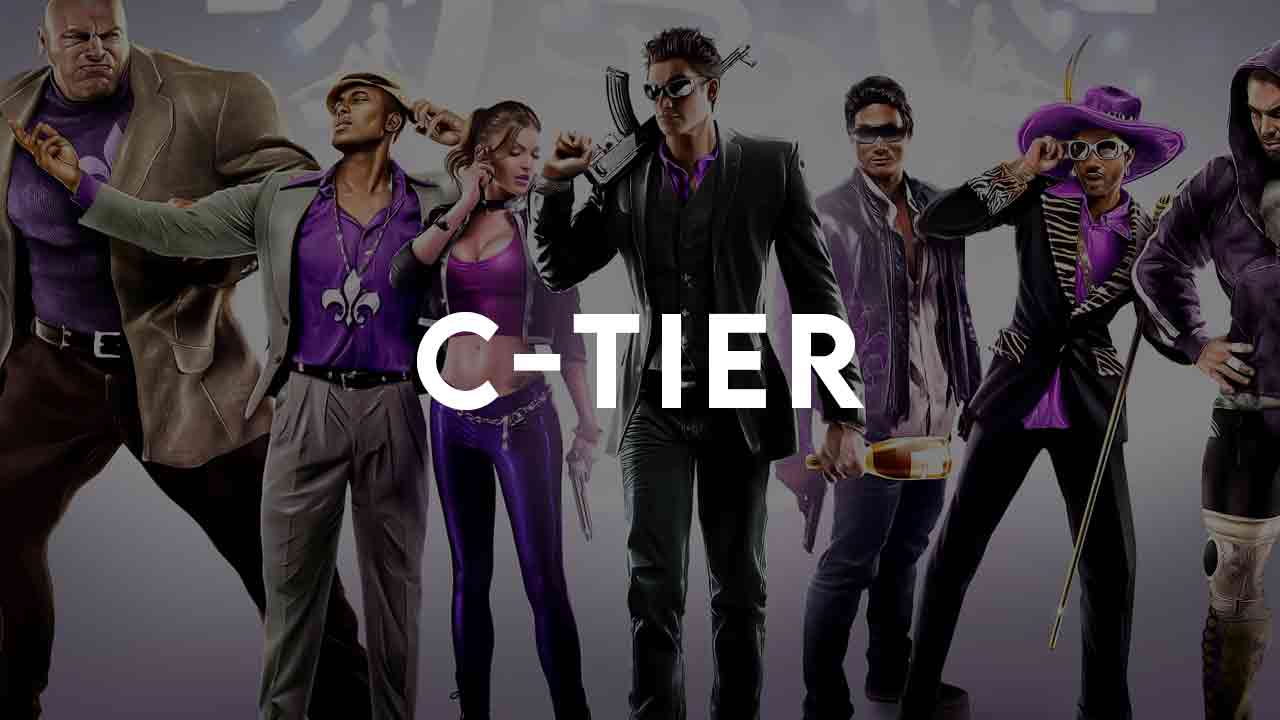 The Health Upgrade 1 is a passive skill that increases the maximum health of the player permanently. It is one of the skills that you should find in the game.

The Smokescreen is an active skill that is used to mislead the enemies by dropping the smoke grenade at their feet. It will give good results when you are surrounded by a lot of enemies. 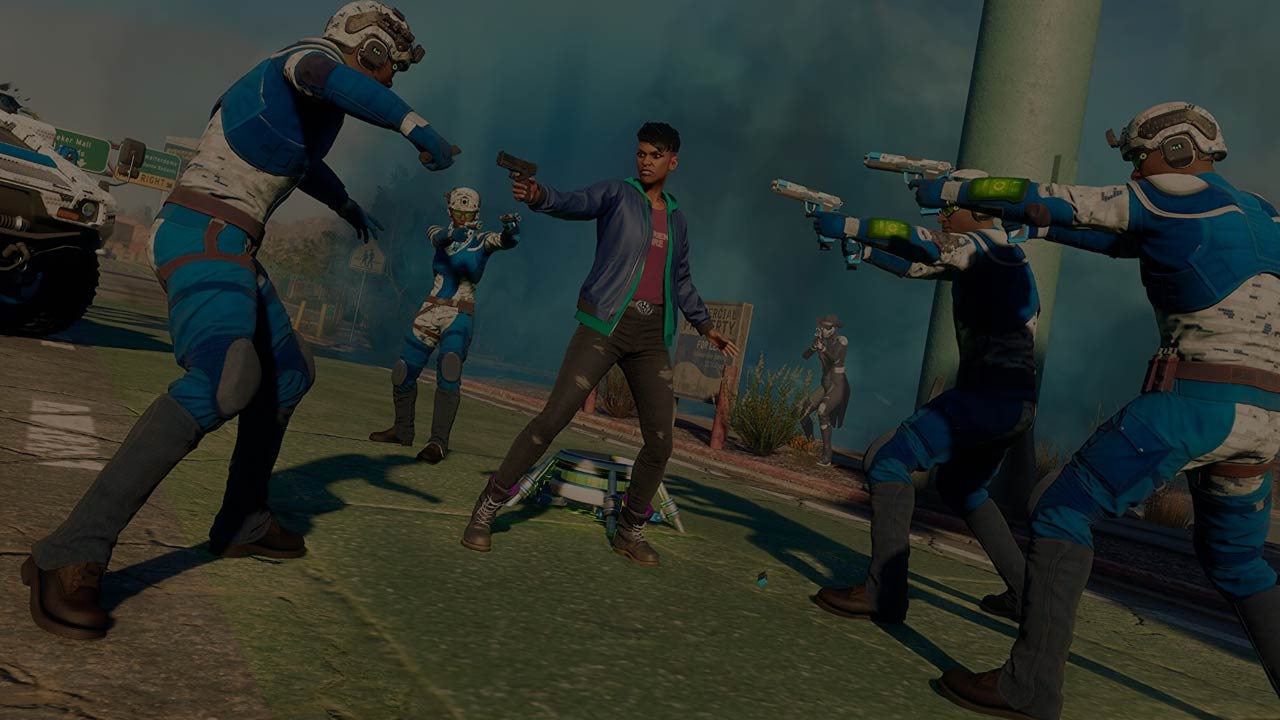 We are here with some of the best skills that you will be getting in the game. This will include the skills from all of the tiers and those to which you should get access in the game by increasing your levels.

The Pineapple Express is one of the active skills of the player which is included in the S-Tier. This skill allows the player to throw grenades in the direction of the player’s choice. In this, the player puts the grenade into the trouser of the enemy which is quite funny and helpful too.

This is a very good skill as it will give the enemy a lot of damage even if the enemy is armored. The players can use this immediately when they are surrounded by a lot of enemies. This will also help in clearing the crowds from the cars or places.

The Frag out is a simple and old trick that we are using in the game for a long time. It will allow the player to throw the grenade in whatever direction they want. If you have the talent to put the grenade into enemies’ trousers then it is also good. It is used to blow up trucks or a big horde of enemies who have surrounded you. This will be really helpful when you have no RPG and rocket launcher at the start of the game. So, make sure to use it in a crowded place so that you will be able to give a lot of damage to the enemies.

Transfusion is a skill that is used to heal the player by draining the enemy’s health. It is an excellent skill provided in the game as you will be able to boost your health by draining your enemy’s health before killing them. Your teammates can also use Transfusion to heal themselves. It is a very good skill as it will help you in fighting for a long time even without using your health skills.

We all love to use sniper rifles from a long distance to kill our enemies even without letting them know. The Overscope is very similar to it, as you will be getting a powerful sniper that you can use from a long distance to kill enemies. It is very great to use for long-distance missions. You will be also adding a sniper to your weapon loadout through this and it will give you great versatility in the game as you will be treated like the Boss.

This skill lets you swap your sniper for another weapon which is very good as you will be not participating in the short-range combats. The other benefit of this skill is that you will be getting an explosion effect for every hit by the sniper bullet. It will also damage the other players who are standing near your target.

Intercession is another good skill that can be used when you are in critical condition. When you use this, then the Saints will be taking shots for you and will be shooting your enemies in the game during the fight. It is mostly used when you are having low health. During the protracted combat, the player can summon Saints which will give you a large cast of characters at your disposal.

This is another interesting skill that is available in the game. By using the Quantum Aperture skill, you will be able to build a large wall which lessens the bullet damage and allows you to see the enemies through the windows. It is also good to use when you are having difficulties in doing interactions.

The players can use this skill to kill those enemies who are hiding near the wall, behind a car, or in another place. You only have to put on a wall and quickly kill them with some of the fires by your gun.

The other advantage of using this skill is you will be getting the ability to open a window at the wall through which you can easily kill the enemies who are hiding out on the streets or in another place. This is very much effective when you are having serious combat and have a lot of enemies with less health. You can surely use this skill to kill them all and save your life at that time.

Saints Row is an adventure-based game and can be said as the clone of Grand Theft Auto. All the players have some exciting skills which can be definitely used to complete the story of the game by completing each level. As the players were confused about the skills that they were getting during the matches.

That’s why we have come up with this guide to clear all your doubts that you have regarding the skills and their power. That was all for this guide. We hope you have got to know about the most damaging and useful skills in the game. If you have any doubts then feel free to contact us by using the comment section below.