Updated on May 02, 2018: Do you want to know the list of Samsung devices that are eligible for an update to android 8.0 Oreo? If yes, then you are at the right place. Here we are going to provide you a guide on the Samsung Devices Updating to Android 8.0 Oreo.

Samsung is one of those names which come to everyone’s mind when we talk about smartphone brands. And yes, Samsung is eligible for an Oreo update! The best thing about Samsung devices is that every year they come up with something different and new in looks and features in their smartphones. So in this guide, we present you with a list of Samsung Devices Updating to Android 8.0 Oreo.

But before that, let’s look into some of the new features of Android 8.0 Oreo. 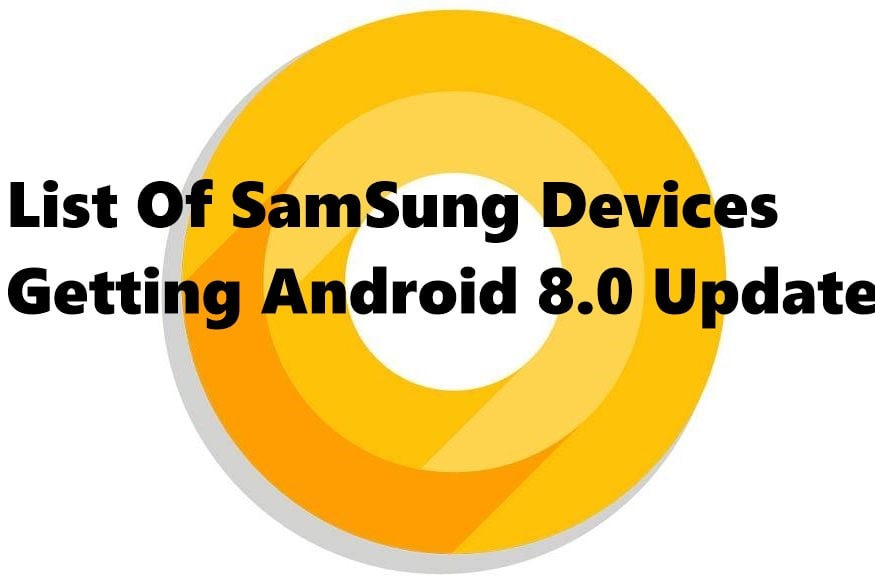 The Samsung Galaxy S6 and Galaxy S6 Edge are one of the most successful devices ever launched by Samsung and recently Samsung announced an Android Nougat update for these two devices. Now after the Nougat update, Samsung has droped the Galaxy S6 and S6 Edge from the list to get Android Oreo update. We still need confirmation on this.

Here’s a complete list of the devices that are getting an Oreo update:

Is your Samsung device is in the list of Samsung Devices Updating to Android 8.0 Oreo? Let us know!