Updated on November 29, 2020: Today Samsung rolled the October 2020 security patch for the device in the Middle East and African region with build number A205GUBS7BTK1. 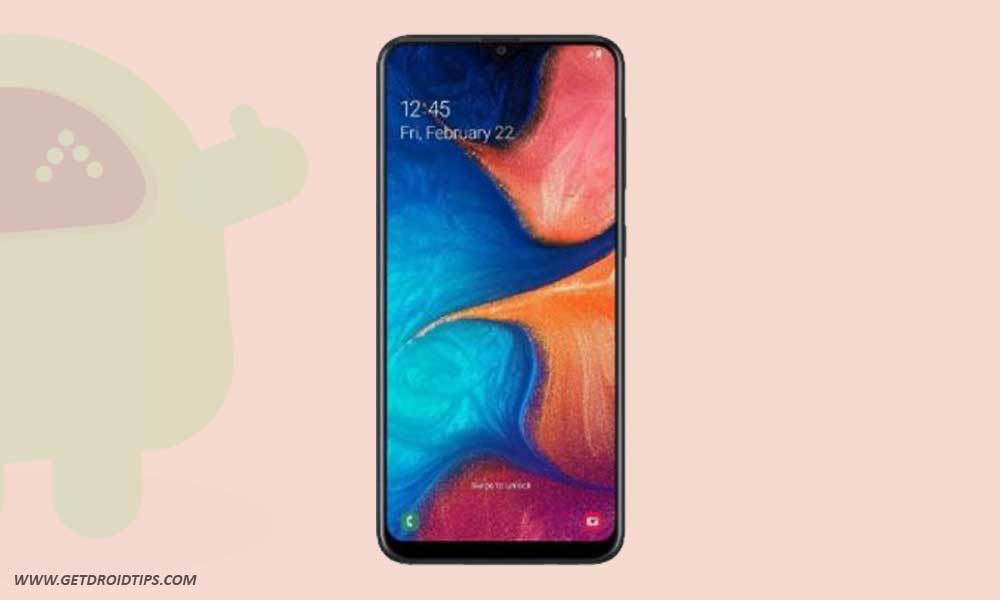 Samsung Galaxy A20s is powered by an Octa-core 1.8 GHz Cortex-A53 with Qualcomm Snapdragon 450 chipset coupled with 3/4GB of RAM and 32/64GB of internal storage. It also supports an external memory card with up to 1 TB microSD. The device came out of the box with Android 9.0 Pie and backed by a 4000 mAh battery (Non-removable).

As far as the camera concerned, the device has a triple-camera setup with 13MP + 8MP + 5MP primary sensors and a selfie camera with an 8MP lens. Other connectivity option includes 4G-VoLTE, GPS, Glonass, Bluetooth, Mobile Hotspot, accelerometer, gyroscope, proximity sensor, and compass. etc. The Samsung Galaxy A20s come with a face unlock feature.

All these coupled with the plethora of new Android 11 features such as One Time Permissions, Chat bubbles, and Dark Mode schedule would prove to be the icing on the cake. So with such a long list of features, no doubt Galaxy A20S users are waiting in anticipation for the OneUI 3.0 Android 11 update. In this regard, this update tracker shall help you out. Follow along.

Since Samsung is quite busy in rolling out the One UI 2.0 (Android 10) update for the devices and there are quite a few devices waiting in line. So, it seems unlikely that the Android 11 update announcement will be made anytime soon. It is expected that the update will be made available for the Samsung Galaxy A20s users only the next year after the stable Android 11 update comes out for the Google Pixel devices. We will keep you in the loop once we have more information in this regard.