GTA 5 is quite a popular game in the gaming industry and contains a lot of mods and value-added-based software packages to enhance a user’s gameplay. All of such game modifications are processed via the Script Hook application and recently many users are facing issues with the game. According to multiple reports, players are facing Script Hook V Critical Error messages when they try to launch or play GTA 5 game. The error comes without any further explanation for the same which is worsening the situation even more.

Any issues with the Script Hook application are directly related to game updates. Whenever you update the game, the script hook application has to be updated too. But in the recent game update, the developers have revoked the support for Script hook thereby crashing many games in the progress. Down below we will share some troubleshooting steps to fix the same until an official patch for the game is released. 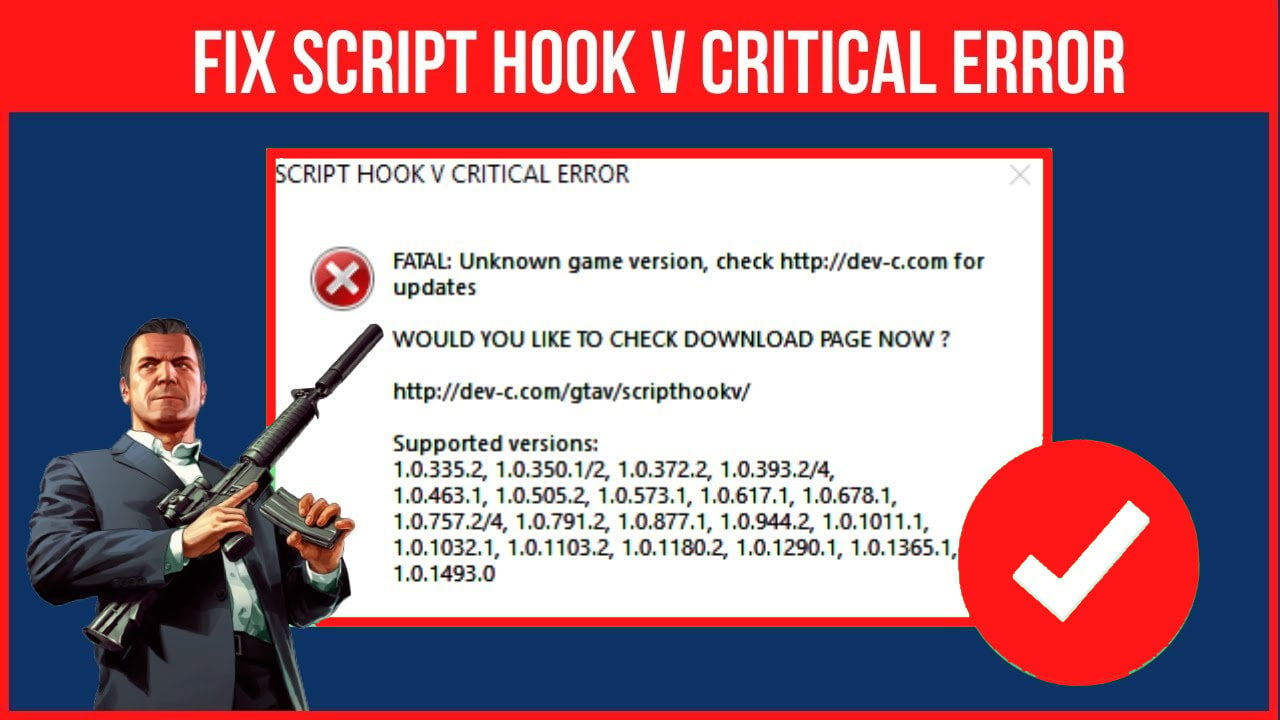 Script Hook V is a game modding support script that was initially introduced when the game launched. This script allows players to modify the game in various ways which is the reason players can ultimately make the game fun and more explorative.

But the access is now revoked and hence any supporting files for Script Hook V are now considered dangerous by the game. And as a result, the game crashes. But don’t worry, as there are still some ways to fix the issue easily.

It is not big news that whenever GTA updates its launchers & games, the mod-supporting applications have to be updated as well.

Usually, you will get Script Hook updates after 2-3 weeks of the game update announcements. In some cases, the update may take even 1-2 months as well.

Since the issue is caused after the game update, you can downgrade the game to the previous version which will eventually fix the issue. Although the processor downgrading is quite complex but below is a video which will help you out.

The above video is for Steam users, but there’s a similar video for Epic launcher users as well.

There are other alternative scripts that you can use as well. Although using them is experimental in nature, but at least the game will start working.

In order to use an alternative, simply log on to “AsiSupport for Rage” page and install the plugin. Once the plugin is installed, you can load the RagePluginHook and use it in place of the Script hook.

If none of the above methods helps you, then the only resolution is to reinstall the game. Re-installing the game from scratch with remove all installed mods and other third-party scripts that might be interfering with the game. Please make sure you back up your gaming account before you uninstall and reinstall the game.

This brings us to the end of this guide for fixing Script Hook V Critical Error in GTA 5. Please note that the game developers haven’t released any public announcement about the issue. Hopefully, they will release a patch to fix this error. So keep an eye on game updates and make sure to uninstall any mod-related applications.