Good News for Verizon Moto Z3 users. Here we have shared the first stock ROM for Verizon Moto Z3 (Codenamed Messi). This firmware comes with build number ODX28.66-18 based on Android 8.1 Oreo. Now you can install this on your phone to get back to stock ROM or unroot your device and then you can relock the bootloader just like out of the box device.

Moto Z3 is the freshest release of August 2018. It flaunts a 6.01-inch display with a pixel resolution of 1080 X 2160. Motorola Moto Z3 packs a 2.35GHz octa-core processor and a 4GB of RAM. This phone brings a 64 GB of expandable internal storage. In the camera section, Moto Z3 packs a 12-megapixel primary camera on the rear and a 8-megapixel selfie shooter on the front face. Z3 runs Android 8.1 Oreo and gets its power supply from a 3000mAh battery. 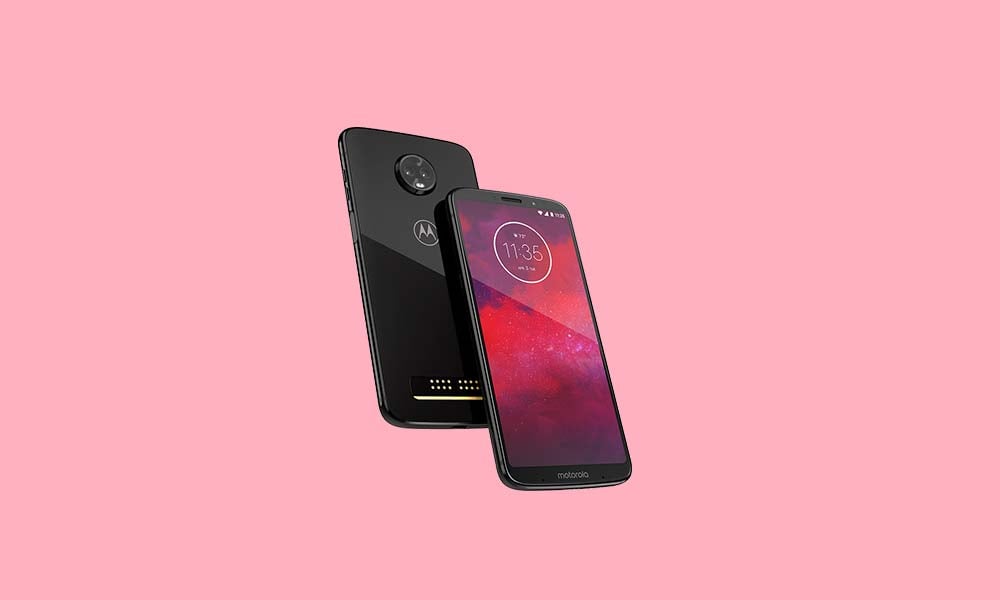 If anyone faces problems like Screen freezing, unresponsive Touch, camera fail or boot loop, you can factory reset or install Stock ROM manually. By installing stock firmware on Verizon Moto Z3 device you can solve issues like screen freeze, stuck in the welcome screen, boot loop issue or unbrick your phone. The Verizon Moto Z3 Stock firmware is now available for US Verizon users.

Download below we have given the download link for Android 8.1 Oreo firmware Update for Moto Z3 with build number ODX28.66-18. To install the Stock Firmware on Moto Z3, Please follow the guide and download the ROM, Motorola USB Drivers and ADB and fastboot tool on your computer. This guide is for How to Install Stock ROM on Moto Z3 smartphone.

There are two methods which you can follow. Check any of the methods, if the first method doesn’t work, you can simply follow the second method.

In this first method, you need download and install the ADB and Fastboot tool along with Motorola USB Drivers. After installing you can simply follow the link below to sideload the ROM on your phone.

I hope this guide was helpful to install stock ROM manually.