Now, if you’re also one of the victims to encounter such an issue then make sure to follow this troubleshooting guide to fix it. The chances are high that somehow the TH8A shifter either doesn’t get detected on the PC or the controls don’t work properly during the gameplay sessions. So, affected Forza Horizon 4/5 players are missing out on the real driving experience, unfortunately. It becomes quite common and frustrating among PC players mostly. 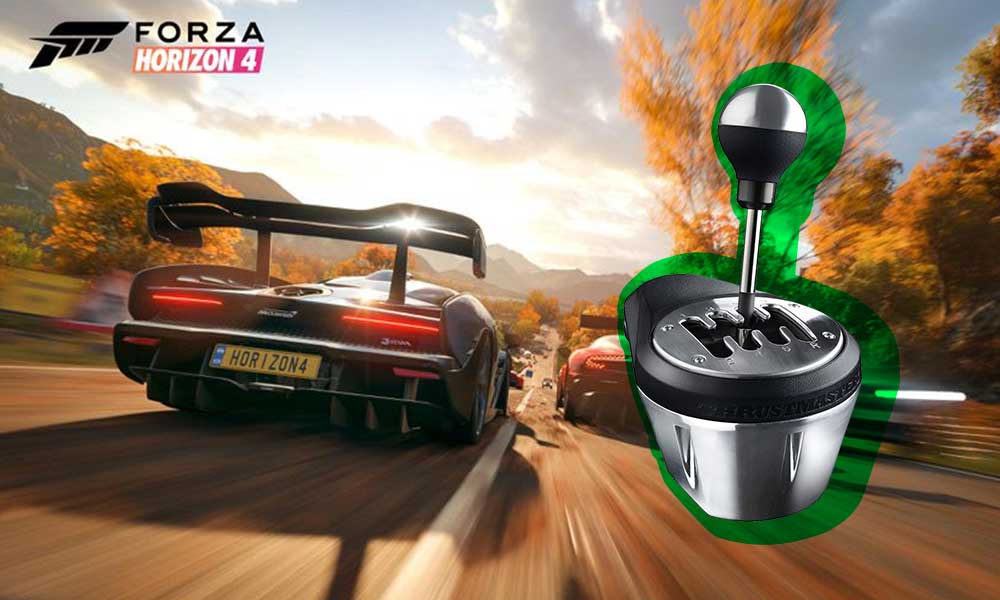 Though the Thrustmaster TH8A Shifter is compatible with Forza Horizon 4/5 title, it looks like that something is conflicting badly to occur such an issue. Several reports are claiming that the gearbox shifter stopped working all of a sudden and sometimes it won’t get detected by the PC. A couple of Redditors mentioned that even though connected gears are detected in the Control Panel on PC and the controller drivers are up to date, the issue remains the same.

It’s also worth mentioning that some affected players are claiming after installing the recent patch update to Forza Horizon 4/5, this specific issue starts bothering widely. So, there might be some kind of bug in the patch version which should be investigated by the Playground Games and Xbox Games Studio thoroughly. However, we’ve shared a couple of possible workarounds for you that might come in handy. So, without further ado, let’s jump into it.

1. Reconnect Thrustmaster TH8A to the PC

Well, it’s quite possible that disconnecting and reconnecting the shifter to the PC directly via the USB cable might fix the issue in most cases. Plenty of users did this trick and found it useful because a temporary connectivity glitch can trouble you a lot. To do so:

2. Try Connecting to Another USB Port

Make sure to try using a different USB port on your PC to connect the shifter because of a connection issue or the wobbly/loose-contact USB port may encounter such conflicts. Connecting directly to the PC and via the USB Hub is also recommended.

Sometimes checking for the latest update via the Thrustmaster Firmware Updater tool on your PC can fix the issue because outdated software of the connected USB device may cause connectivity issues. To do so:

Please Note: If the shifter isn’t detected in the Firmware Updater window or if the update fails, try connecting the shifter to a different USB port on your PC, and then perform the steps again to see if that resolves the problem or not.

It’s highly recommended to reinstall the latest Thrustmaster TH8A driver on the PC by following the steps below. Sometimes an outdated driver can also trouble you a lot.

The chances are high that an outdated Windows OS build can cause performance issues in most cases. Sometimes conflicts between the system and the USB device driver can cause connectivity issues whatsoever. You should always check for the software update on your PC and install the latest one.

If the above methods didn’t work for you then make sure to manually perform a factory reset on your Thrustmaster TH8A gearbox shifter by following the steps below. Several users have found this method useful to resolve the shifter not working or can’t detect issues on the PC. To do so:

Note: It’s quite normal that sometimes your Windows PC won’t gonna detect the shifter in the Game Controllers Panel. So, nothing to worry about it. Keep trying the USB cable to connect to the PC several times.

As a last resort, you can contact Thrustmaster Support here to get further assistance. It’s better to start with a Live Chat feature and then you can ask the support agent to create a support ticket for the same. If in case, there is an issue with the shifter physically then make sure to ask for a repair or replacement (if under warranty). There will be nothing to do except for this.