Pokemon Scarlet and Violet is the latest game of the Pokemon franchise, released in November 2022. There is a lot of content that players are still exploring by playing the main story quests and beyond. Like other Pokemon games, you can catch and make a collection of plenty of Pokemon in the game, both old and new.

Another thing you can collect in Pokemon Scarlet and Violet is Technical Machines, or TMs, as they are commonly known in the game. If you’ve played other Pokemon games, you might already be familiar with them. Over a hundred of these TMs in the game, and this guide is about one of them – the Thunder Punch. Let’s see where you can get it in Pokemon Scarlet and Violet. 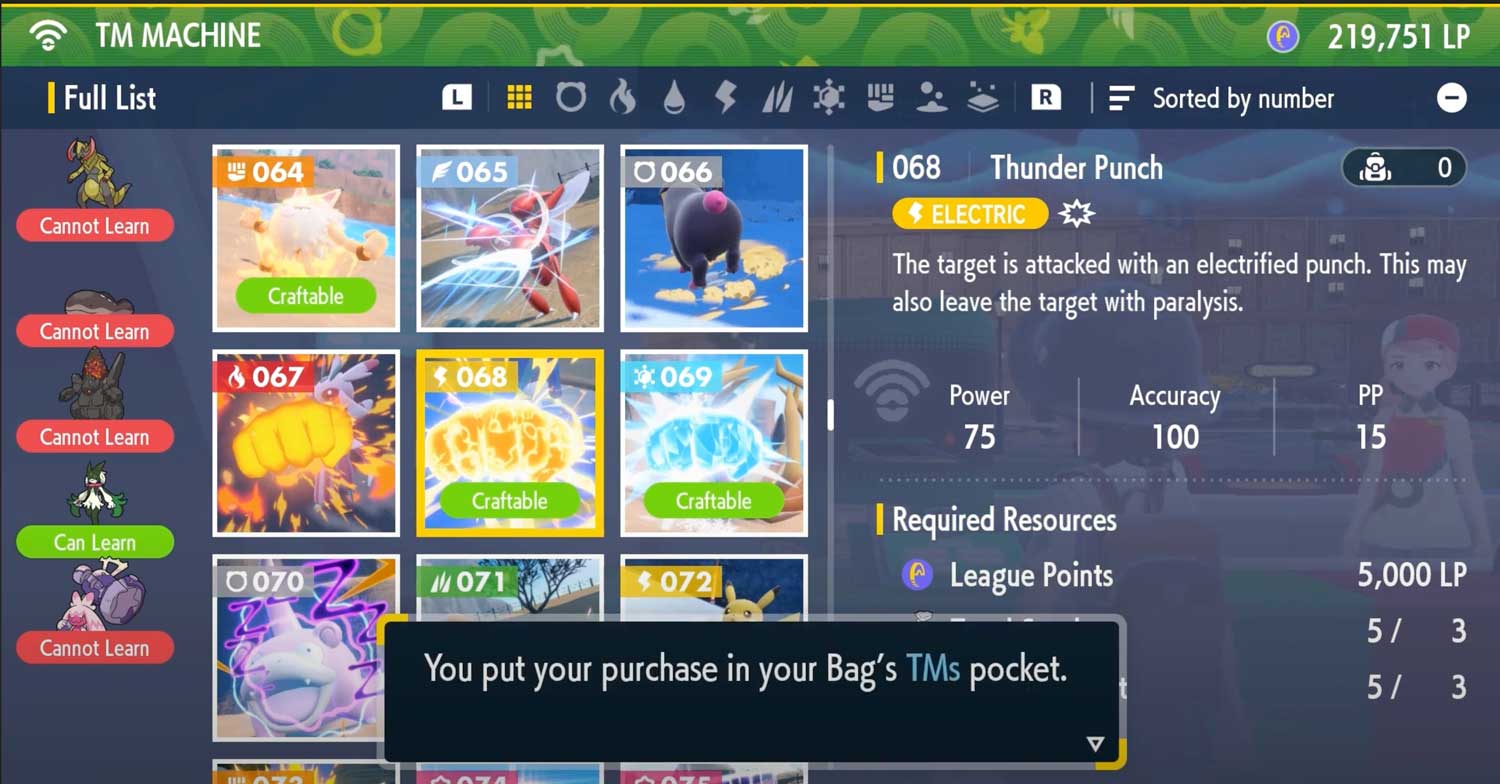 TMs make up the crafting mechanism of the game, as you will be able to make them with the correct materials. However, this is after you find them in the wild. Most of the TMs are scattered around the open world of Paldea, a vast map. For the others, you will need to complete some pre-requisite tasks to get your hands on them.

But what do TMs even do? TMs will help your Pokemon get stronger in battle by teaching them new moves. These are craftable abilities that you can give your Pokemon. Depending on what kind of TM it is, your Pokemon will have a new move they can use against their opponent.

Thunder Punch is a strong Physical attack which can be attached to almost every type of Pokemon. It complements your Pokemon no matter the type, and is best for Fighing Type Pokemon and those who do not possess a high Special Attack level.

You will need to do a few things for the Thunder Punch TM before collecting it. The first thing you will need to do is to beat the third Team Star Boss, Atticus in the Starfall Street storyline. This will unlock the Thunder Punch TM. You can beat this boss easily with some Ground and Psychic Type Pokemon, as his team mostly consists of Poison Type Pokemon. There are a lot of TMs to be found in the Starfall Street storyline, so make sure you get them all.

How to Craft Thunder Punch TM

Once you have obtained the TM, you can duplicate it to use it as many times as you want. All you need are the materials you can find in the wild. You can craft more copies of the Thunder Punch TM with the following materials:

League Points or LP are a type of currency which you will get as you progress through the game Pokemon Scarlet and Violet. These are essential game components that you will naturally collect and can use to make every TM. If you’re running low on them, you can also exchange Pokemon drops at the TM Machine to get more LP.

The other two ingredients can be collected by fighting Pokemon. To get Toxel Sparks, you will need to make your way to the southwestern area of Paldea, South Province (Area Six). Check out the Alfornada Cavern, where you have the highest chances of encountering the Toxtricity Pokemon. These will drop anywhere from 1-3 Toxel Sparks when defeated or captured, so you might have to look around for a few of them.

As for the Meditite Sweat, you will need to capture Meditite or its evolution, Medicham. They are Fighting Psychic Type Pokemon that you can find at the same location as Toxtricity. Look into the mountains and caves in West Province (Area Two), South Province (Area Six), and South Province (Area Four). They appear at any time of the day. They are weak to Fairy, Flying, and Ghost Pokemon so make sure to have these Pokemon on your team. You should be able to catch them fairly easily.