Kubfu is a new Legendary Pokemon that came in with the Isle of Armor DLC in Pokemon Sword and Shield. Reaching a certain level, this Pokemon will evolve into Urshifu, a Pokemon that all the players are rushing into the game for. Upon evolution, you get to choose Urshifu to be either a Fighting and Water-type Pokemon or a Fighting and Dark-type Pokemon.

After you’re set with your decision, you’ll progress through in the game. Eventually, you’ll find out that Urshifu is a Pokemon that is capable of transforming into the Gigantamax form. In this guide today, we’ll take you through the process of unlocking Urshifu’s Gigantamax form so that you can make the most use of this Pokemon. Without any further ado, let’s look at how to unlock Urshifu’s Gigantamax Form in Pokemon Sword and Shield’s The Isle of Armor.

Everything starts off as you complete the last battle on the Isle of Armor as you defeat Dojo Master Mustard. After this battle is complete, return to the Master Dojo. Here, you’ll encounter Hop, with whom you’ll move forward towards unlocking the Gigantamax form of Urshifu. First up, he’ll ask you to obtain honey. In order to meet up with Hop, go to any of the entrances at the Forest of Focus on the Isle of Armor.

Upon meeting Hop, you’ll enter a cutscene and Hop will discuss with you about a lost Petilil. He’ll as you to find its parent, a Liligant. While Hop stays with the lost Petilil, you are to venture to find its parent in the forest, which is not too far. Simply head to the center of the forest and you’ll find a bridge. Go across and you’ll see the parent Liligant looking for the Petilil. Upon finding the Liligant, escort it back to Hop and the lost Petilil. 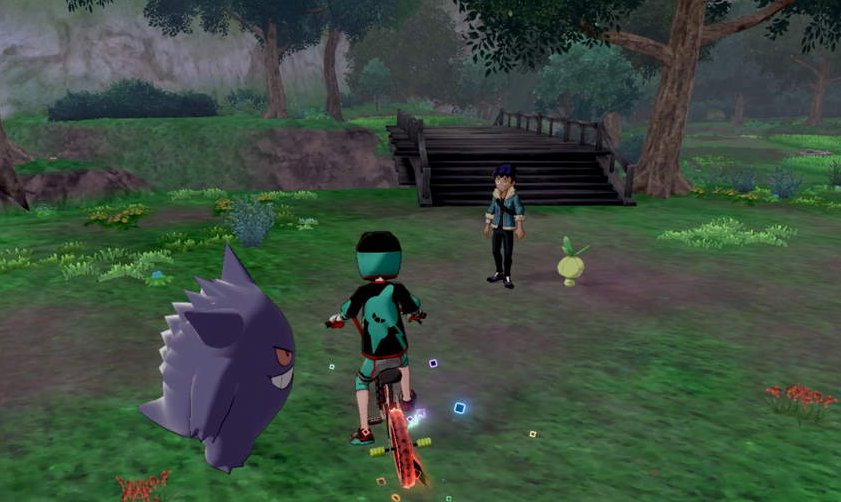 After returning to Hop, he will try the Nector and say that’s not what Urshifu actually needs to unlock its Gigantamax form. So from there, you’ll venture out again, looking for an Applin. Head back towards the path from where you found Liligant and you’ll see an Applin that heads into a tree. Simply shake the tree and you’ll realize that the Applin Nector won’t do the job either. This will finally direct you to the Honeycalm island. So, open up your map and head over to the Honeycalm island. After reaching the island, speak with Hop. Then, you should shake a tree by which you’ll enter a battle with a Vespiquen. After winning this battle, head back to the Dojo with 3 Max Mushrooms, make and use the soup to finally unlock Urshifu’s Gigantamax form in Pokemon Sword and Shield.

The quest that you and Hop take up is your ticket to unlocking Urshifu’s Gigantamax form in Pokemon Sword and Shield’s The Isle of Armor. Although the process is a bit lengthy, you’ll definitely find it worth all the risk in the end. By unlocking the Giganatamax form of Urshifu, you’ll easily get to take on the big boys. That said, we hope reading the guide above has brought some valuable information and help to you. Please let us know by commenting down below if you have any further queries regarding the same.